Part of the remit of the Institute of Public Affairs has been to innovate in teaching at LSE. To this end the Institute has created the concept of a ‘guerrilla lecture’. These are essentially flash mob lectures on a topical theme, in a secret and unusual location, that give students something exciting and unique to take with them from their years at university. The first three lectures have been in the Westminster Cathedral crypt (on Hell!), Highgate cemetery (who was better Marx or Spencer – their graves are besides each other) and in the LSE’s Director apartment where we discussed the financing of higher education. If you are interested in more information on any of these, read this Times Higher article.

The fourth was in the Michaelmas term, in Westminster, the ‘Mother of Parliaments’ itself.  The overarching theme was the value of Parliament. We secured permission from the Palace authorities (Westminster is technically a Palace, betraying its roots in Royalty) to host a group of MPA and EMPA students in Committee Room 10 where parliamentarians scrutinise legislation. After some introductory remarks, our students divided into groups to discuss various aspects of parliamentary life – the relationship between Parliament and its legislative offshoots in the colonies; the challenge to sovereignty posed by Europe; and the role of the ordinary MP.  The first two of these sessions were led by LSE faculty, Dr Mukulika Banerjee and Dr Sara Hagemann respectively, the third by IPA Parliamentarian Fellow David Davis MP, senior Conservative and strong believer in civil liberties.  Their meetings were held in very evocative places within Westminster – David Davis led his group to Viscount Falkland’s statue in St Stephen’s Hall. Dr Hagemann’s went to the Public Gallery and Dr Banerjee took her team to the Central Lobby. All groups discussed the vital role of parliaments in holding the government to account, and how we can ensure they remain a key cog of democracy.  At the end of these separate sessions, the students gathered back in Committee Room 10 to share their thoughts and to seek some conclusions on the value of Parliament, before we all adjourned to another part of the Palace for refreshments.

The concept is that no one organises these, that they spring up from nowhere as interventions in LSE life. It may seem like simple fun and to an extent it is.  But there is a serious purpose: to add to the memories of our MPA and EMPA students. We hope those coming to our guerrilla lectures remember them long after the more conventional parts of the timetable have faded.  At a time of such regimentation everywhere, with so much focus on careers, on networks, on working relentlessly towards on our future, it surely pays on occasion to sit back and enjoy the present.

Professor Conor Gearty is the Director of the Institute of Public Affairs. 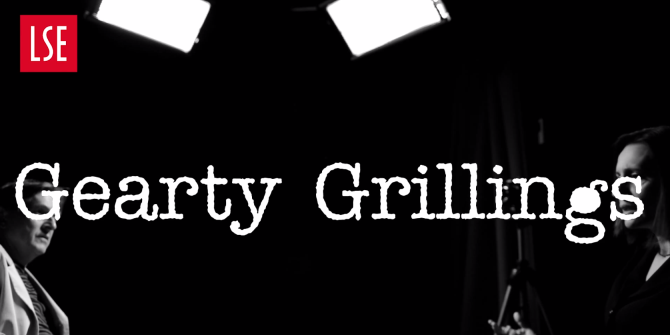 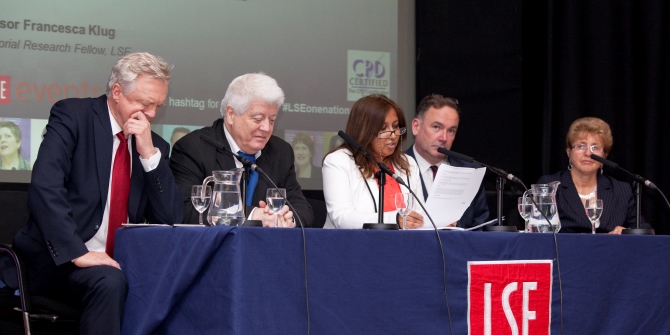 Virtuous Citizenship and the Moral Values of One Nation