Justice in Transition: rule of law, peacebuilding, victims and ex-combatants

Justice in Transition: rule of law, peacebuilding, victims and ex-combatants

Professor Chandra Lekha Sriram‘s post first appeared on the Global Policy site, where a link to her recent video interview can be found.   Professor Sriram (SOAS) is co-editor of Transitional Justice and Peacebuilding on the Ground: victims and ex-combatants (Routledge 2013) and will be a discussant on 7th March at an LSE event on  ‘The Catalysing Effects of International Justice in Uganda and Sudan: unravelling the paradoxes of complementarity’.

The subtitle of this post is a deliberate mishmash of actors, concepts and activities, reflecting the crowded and often confused landscape in which those who seek to promote peace and/or justice often operate.  I have brought these together to counteract what often appear to be stovepipe approaches to each, resulting in direct competition among one or more, mutual ignorance, or problematic subsumption of one by another.   The discussion of justice in transition is no longer the ‘justice versus peace’ debate of the immediate post-cold war era.  However, it continues to involve two streams of scholarship and practice which evolved alongside one another, but often with insufficient interaction or reflection.  Much of my work in recent years has sought to promote discussion across boundaries of disclipine and practice.

What, specifically, do I mean by boundaries and how do they affect scholars and practitioners alike?  I start with rule of law and peacebuilding.  Traditionally, rule of law promotion activities were the province of development actors, whether the United Nations Development Programme and the World Bank, bilateral actors such as the UK Department for International Development, or international non-governmental organizations.  These actors, however, initially focused largely upon the importance of rule of law in stabilizing investment environments and enabling growth, in both poor countries and post-conflict situations.  It was only with the 2004 UN Secretary General’s report on rule of law and transitional justice in conflict-affected countries that the potential role of rule of law promotion in supporting peacebuilding was recognized by a key international actor, albeit following developments in practice.  UN peacekeeping and peacebuilding missions have increasingly included significant components devoted to rule of law and human rights, as well as transitional justice.  However, it has taken some time for both scholarship and practice in peacebuilding to recognize the central role accorded to rule of law, for better or worse, in conflict-affected countries, and the ways in which law and legal institutions are expected to promote not only specific legal aims but also social and economic aims, ranging from reconciliation to accountability for mass atrocities, to promotion of economic reconstruction.

Yet law and legal institutions are perhaps both too complex, and too narrow, to fulfil all of these goals. This is all the more likely in countries with no (or a limited) history of formal, impartial legal institutions. Where the majority of the population, because of violent conflict or predatory political violence, the failure of state institutions to reach beyond urban centres, or personal or community preference, have had little or no access to formal, state-run legal institutions, external rule of law promotion may be well-meaning but fail to reach the affected populations. In such circumstances, most citizens will rely upon informal or traditional, whether state sanctioned or not, modes of justice and conflict resolution. Those engaged in rule of law promotion from outside affected countries have only relatively recently recognized the need to engage this phenomenon, and remain uncertain how, or how much, to engage “traditional” justice, given that in many contexts such processes have been inconsistent with international human rights standards and particularly known for problematic treatment of women and youths. (I put the term “traditional” in quotation marks because of the diversity of practices, their mutability, and widespread debate about precisely what the term denotes).

At the same time, the use of “traditional” mechanisms has found greater favour amongst some pursuing transitional justice and some engaged in programming or supporting the disarmament, demobilization and reintegration (DDR) of ex-combatants. In some instances, in fact, there is a convergence, seldom remarked upon by practitioners or scholars, of transitional justice and DDR efforts, utilizing “traditional” mechanisms such as cleansing rituals, to return former child combatants (among others) to their former communities. This can be seen in the use of some traditional Acholi cleansing practices to promote return in northern Uganda, and some cleansing ceremonies in Sierra Leone with the same aim. However, the use of such mechanisms often either sidesteps the preferences of victims, or assumes their consent to or support for processes which may promote community reconciliation but not the needs or interests of victims. Here, my concern is not to suggest that the rights or demands of victims can or should always be paramount, but to observe that these processes, often said to be conducted on their behalf, may be designed to promote other needs and interests such as stabilization and peacebuilding.

I set aside here the myriad debates which are ongoing about the virtues of such “traditional” practices per se, whether they remain socially relevant in the wake of serious conflict, and the abovementioned human rights standards questions. Rather, I wish to query whether those who expect such traditional processes to promote the social reintegration of ex-combatants, in effect serving both DDR and transitional justice aims, are perhaps expecting rather more than the processes can handle. Indeed, at base is the question of whether, or at least how, rule of law and peacebuilding can be combined.

To be clear: I am not arguing that rule of law promotion and peacebuilding are incompatible. I believe that in many instances they might potentially be mutually reinforcing. However, it does appear that in many cases, practitioners of each continue to pursue their own goals with relatively little dialogue, even as they may increasingly rely upon overlapping tools, as with traditional justice, or indeed subsume one within the other, as arguably peacebuilding missions have subsumed rule of law promotion in many countries. What is needed is a more holistic, and dare I say interdisciplinary, approach to conflict-affected countries, which takes the wide range of actors and issues into account: rule of law and peacebuilding, victims and ex-combatants.

The Meaning of Traditional Justice 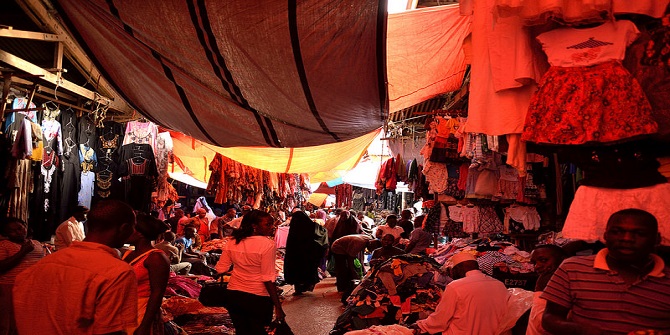