From 2007 until 2009 the district of Swat in Pakistan’s Khyber Paktunkhwa province was under the control of an armed group aligned with the Pakistani Taliban.  Led by the charismatic and tech-savvy Mullah Fazlullah, the Tehrik-e-Nifaz-e-Shariat-e- Mohammadi’s violent campaign against local elites and state representatives caught the world’s attention. Many were surprised that the militants, at least initially, enjoyed some measure of legitimacy in a district on Islamabad’s doorstep. Yet as the group gained notoriety and its brand of governance became increasingly brutal the mood in Swat changed. This gave the Pakistani army the opportunity it needed to drive the militants out of Swat in 2009. Today the army remains in de facto control of the district and families that fled are gradually returning to resume their lives.

Within Pakistan and further afield debates continue as to what caused the violence and how Swat should be rebuilt. As explained by Asad Sayeed from the Collective for Social Science Research, Karachi, in a recent JSRP seminar chaired by LSE’s Stuart Gordon, many of these debates centre on issues of local legitimacy, state-society relations and access to basic services. In particular, there is disagreement as to whether emphasis should be given to a hypothesised institutional void caused by Swat’s unique geographic and regulatory position within Pakistan, a class war between the locally disenfranchised and landed elite, interference from elements fleeing the conflict in Afghanistan, or some combination of the three. As discussed, these debates shape ongoing responses to the conflict, both domestically and by international donors. Indeed, in many ways, understanding Swat’s descent into violence remains a vital task for those wishing to secure its future.

To find out more please download the slides from Asad Sayeed’s JSRP seminar.

South Sudan: Towards Democratization and Development? 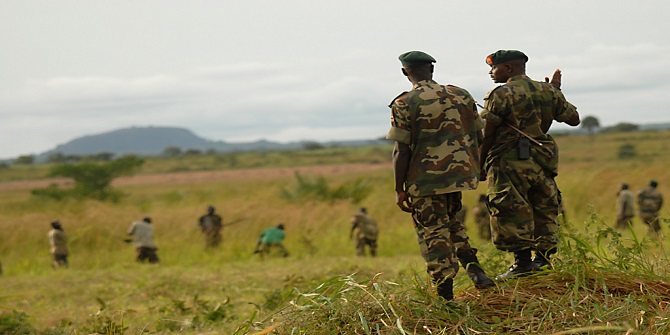