The Theory of Change approach is becoming a pervasive part of development practice: as an artefact, as a management tool, and increasingly as a common discourse which implementers use to explain and explore their interventions. My new JSRP paper, ‘Theories of Change in international development: communication, learning or accountability?’ seeks to address a critical gap in understanding the actual effects of using a Theory of Change approach in international development work and considers how the approach may be better understood, if its aim is to improve development policy and practice. It does so through an analysis of the emerging findings of a collaboration between the JSRP and The Asia Foundation. Six key findings have emerged from this research:

Many have welcomed the introduction of a Theory of Change approach, specifically because it provides space for reflection on their assumptions and the context in which they work, particularly in comparison to logframes. Such attempts to situate programmes in larger ecosystems of social change should be applauded, not dismissed. Yet a Theory of Change approach can also create an illusion of serious reflection by being a superficial process of critical thought, where people who engage with the theories (donors as well as  implementers) do not actually reflect sufficiently on how power dynamics change in practice and how local people see change happen.

The existing organisational approach to new tools and the individual agency (understood as the personal views and actions) of those within these organisations will change how the approach is used. The way in which The Asia Foundation used Theories of Change reflects both how their international management asked that it be used, as well as the existing practices of each country office. Beyond this, it is clear that this occurs, in part, because of a lack of clarity more broadly on what a Theory of Change approach entails. As highlighted by Whitty, how such tensions are resolved and perceptions play out depends on how an artefact is communicated, managed and tailored to its context. What this means is that changing an organisation’s approach may require considerable personal and organisational investment (and potentially risk) in convincing all staff to critically analyse interventions.

The tendency to view a Theory of Change as predominantly an upward accountability mechanism considerably constrains attempts to learn from the process. While using Theory of Change as a way to encourage critical reflection may be the most useful and important approach to take, as Ramalingam notes, “the knowledge and learning agenda is just one among many voices pressing for change and adaptation within development agencies”. This includes the demands for ‘results’ made by donors. This needs to become a core part of a Theory of Change approach; a recognition that the process and product is hamstrung by the power dynamics of the sector, and to use the approach as an opportunity to open up a space for honesty and critical reflection. Equally, the content of a Theory of Change approach itself also needs to be more explicitly related to the power relations and politics that the intervention is aiming to work with, or shift, and needs to be based on a serious reflection of how local people feel about the interventions and the changes that might be set in motion.

In this way Theories of Change can be part of a challenge to the more negative effects of results-based performance management systems; but not if they are dominated by preferred, linear cause-and-effect models of management that are often inappropriate for the kind of changes development organisations are trying to achieve. Discussions with one advisor within DfID highlighted a strong awareness that this shift was required; yet within DfID itself there are various institutional and individual perspectives which may clash on this issue. Donors are also subject to government demands to demonstrate ‘results’ that often remains mired in the problem of counting successes, rather than exploring and explaining change. Governments and donors therefore have a key role to play here in changing the terms of the debate: if Theories of Change are to be required by them, then they need to increase the institutional incentives for reflective critical thought to become the norm.

The political context in which the organisation is operating may limit or open up space for deeper critical reflection. Organisations may be used to framing their work in ways that appear technical and unchallenging to power and the political status quo, and this will feed into their approach to Theories of Change, particularly since they may become public documents.  As Tom Parks (former Regional Director for Governance and Conflict of the Asia Foundation) argued, there are drivers of change in the countries in which the Foundation works that “we simply can’t write down”. Of course, politically expedient or simplistic Theories of Change have their uses: to please donors, to facilitate working with skeptical governments, to build consensus among teams on varying goals. But what they are unlikely to do is encourage serious critical reflection on the underlying assumptions for an intervention, which is what Theories of Change set out to do. When such an approach is taken, there is also a danger that evidence is used selectively to build a pre-defined Theory of Change.In The Asia Foundation’s Philippines office, where they did not need to make their Theories of Change public, one staff member was particularly unequivocal that the internal process was helpful: “It has been useful and can be very effective for clarifying and understanding; the caveat is because we never have to publish it”.

Carlsson and Wohlgemuth identify five key issues obstructing system-wide learning in development: political constraints; the unequal nature of aid relations; problems internal to the organisation of the aid agencies; organisations and capacities on the recipient side; and the sources and quality of knowledge. This study has reaffirmed many of these. The value of Theory of Change is in its ability to create a space to negotiate some of these challenges, but should that space be closed off then the approach is likely to produce analysis of a dubious or deceptive quality. Across the many workshops associated with the JSRP and The Asia Foundation collaboration, it became clear that no one felt particularly wedded to the use of Theories of Change per se. There was a commitment to a broader reflective approach to development practice, rather than to any given tool that might well fade away at some point. In this respect it may be worth anchoring Theory of Change approaches to other useful concepts and practices, such as that of problem-driven iterative adaptation or single and double loop learning.

Ultimately, the paper argues that a Theory of Change approach represents a good space for those in the aid industry to critically reflect on (and then change) their policy and practice; however, this space can be heavily constrained if the correct incentives are not in place for that to happen. We need to be wary of Theories of Change simply becoming another corporate stick to beat people with: the onus is therefore on likeminded donors, implementers and researchers to build a case for a critical, honest and reflective approach, which takes the complexity of social change seriously.

Craig Valters is a Research Officer at ODI. He has an interest in security and justice provision in post-conflict states, particularly focusing on the role of informal actors. His previous research focused on alternative dispute resolution in post-war Sri Lanka. In addition, Craig has conducted multi-country research on the effects of Theories of Change on aid organisations. 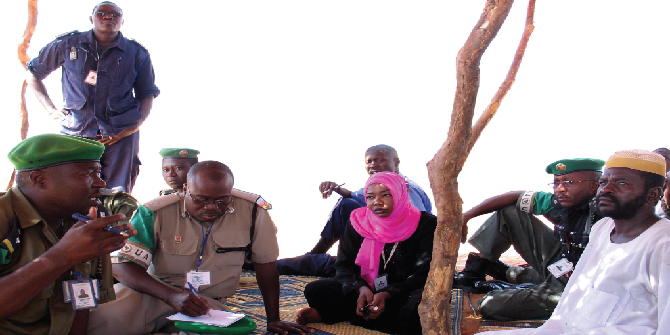 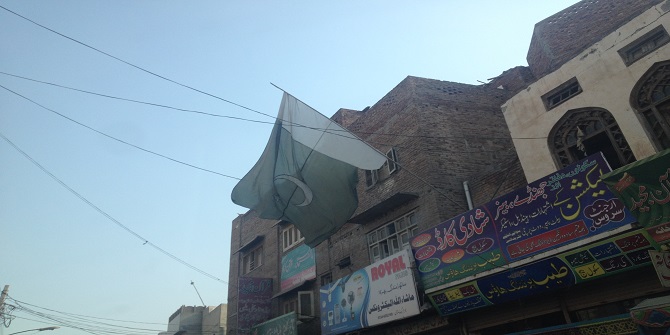