Remarkably, there are few in-depth studies of the forms and processes underlying violent practices enacted by African government forces. This indicates that the research programme of the microdynamics of violent conflict has made few inroads on the study of militaries in Africa. Calling for an empirically grounded approach that disaggregates the study of conflict from the study of violence, this programme focuses on processes and phenomena at the subnational level, including the micro-foundations of the production of violence and of relations between civilians and armed forces.

One of the crucial contributions of this new research programme, as strongly brought into the limelight by one of its movers and shakers, Stathis Kalyvas, is to have uncovered the importance of local and personal conflicts in the dynamics of conflict and violence. Too often, analysts have interpreted violent events solely through the lens of overarching conflict narratives, commonly framed in political-ideological or identity-based terms, or monolithic motivations like greed. This has caused a certain blindness to the crucial role of civilians in instigating or directing violence by armed forces, commonly mobilised for settling personal conflicts and scores. Similar reductionist analyses have been made in relation to violence enacted by African government forces, often ascribed to hunger for resources, ill discipline, limited training, or, echoing tropes of  a “new barbarianism”, their brutal nature.

Yet, as I demonstrate in a recent article in Third World Quarterly co-authored with Maria Eriksson Baaz, civilians also play a crucial role in instigating certain forms of violence enacted by government troops. As our research on the Congolese armed forces (FARDC) shows, civilians sometimes co-produce certain of the military’s non-combat related violent practices, like unlawful arrests, beatings, intimidation and forceful seizure of belongings. In particular, in the eastern part of the DR Congo, plagued by the ongoing activity of dozens of armed groups, it has become a relatively widespread practice for civilians to solicit the FARDC for intervention in all types of conflicts. This includes disputes related to infractions and commercial disagreements, such as unpaid debts, conflicts surrounding family affairs, including dowries and divorce, and grievances related to personal rivalries, grudges, revenge and retribution. Civilians approach the military to interfere in such disputes either as a commercial transaction, offering them money or the promise of gain accruing from the intervention, or as a favor in the framework of existing social ties, which often have a strong patronage-based dimension. While not all of the forms of military intervention thus solicited are violent, many have a pronounced coercive character.These findings may be disturbing to some, as they unsettle conventional representations of civilians as helpless victims and the military as evil perpetrators. Admittedly, these representations are not entirely unfounded: military staff commonly also impose themselves on civilian conflicts without any invitation, or use violence when not solicited. Yet, this tells only a part of the story, and getting the whole picture is crucial for developing an in-depth understanding of the dynamics of conflict and violence in the eastern DR Congo.

Importantly, in a situation with multiple inter-and intra-community conflicts, and the bustling activity of a multitude of armed factions, soliciting the intervention of the military may prompt disadvantaged parties to seek assistance from competing armed actors. This can set in motion spirals of violence, driven by reprisals both instigated by aggrieved civilians and by armed forces fearing the divulgence of information to the enemy side.

Another conflict-fuelling effect of the military’s involvement in civilian disputes is that the FARDC is often considered to be partisan, causing its interventions to be interpreted through the grids of intelligibility that define conflict dynamics in the eastern DR Congo. Furthermore, civilians readily suspect “out-group” members to have manipulated the FARDC’s violent interventions, even if there is little evidence to corroborate this. Yet regardless of “the truth”, perceptions of enemy-involvement are a key mechanism through which “private” conflicts obtain a “public” character, as acts driven by personal motivations are coded in terms of antagonistic in-group/out-group dichotomies. The same applies to the military’s tendency to discursively frame its interventions in civilian disputes in the discourse of public security, invoking for example collaboration with armed groups to justify unlawful arrests, even if such arrests were made in relation to private or family conflicts.

Another mechanism through which military interventions in civilian disputes may nourish conflicts and violence is that they create additional grievances and drive conflicts underground, rather than resolve them. Civilians who feel aggrieved will not easily forget the injustice done to them. Moreover, given the volatility of the military landscape in the Kivus, they have little incentives to accept an unfavorable state of affairs, as there are substantial chances that they can mobilize newly dominant armed factions to break the status-quo or seek revenge.

In sum, interventions by government forces in civilian disputes, often solicited by civilians themselves, importantly fuel the dynamics of conflict and violence. It is therefore unfortunate that so little systematic research is conducted on African government forces’ repertoires of violence at the micro-level. This begs the question of the reasons for the limited inroads of the research agenda of the micro-dynamics of civil war on the study of militaries in Africa. Is this yet another case of “African exceptionalism”?

Judith Verweijen is a Senior Researcher at the Nordic Africa Institute, Sweden and a Research Fellow at the Conflict Research Group at Ghent University. Her research interests include the internal workings of state and non-state armed forces, the micro-dynamics of civilian-military interaction, and the militarization of local governance. She has conducted extensive field research in eastern DRC, and continues to do so for the JSRP.

Justice at the Margins: Witches, Poisoners, and Social Accountability in Northern Uganda 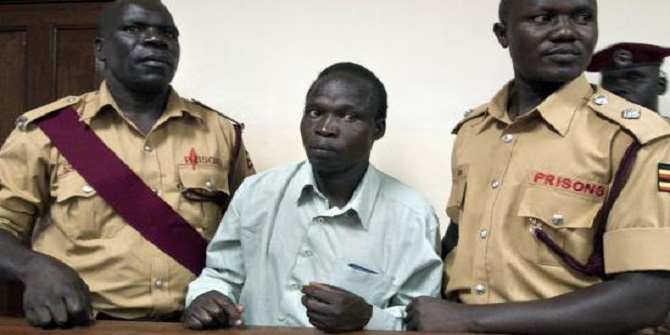