Rebecca Tapscott highlights some of the findings from her recently published paper ‘The Government Has Long Hands: Community Security Groups and Arbitrary Governance in Uganda’s Acholiland‘ (JSRP Paper 24)

In Acholiland, northern Uganda, many villages have local security arrangements, usually comprised of a handful of young men responsible for enforcing local by-laws, arresting suspects who do not comply voluntarily, and patrolling at night to deter crime. There is no name for such initiatives—they are often referred to descriptively as “the able bodied youth who provide security in the village.” Other times, they are called “peace keepers,” “local security,” “youth security,” or sometimes simply “youth.”

My paper examines such community security initiatives as a lens to explore the state-society relationship and the nature of public authority in Gulu District. It builds on literature on boundary institutions and hybrid security providers (e.g. Lund 2006, Pratten & Sen 2007, Rodgers 2006). Based on approximately 150 interviews conducted between February and December 2014, it appears that there is a high level of discretion about when and how the state intervenes in matters of security. Countless discrete and seemingly random interventions produce a continually shifting boundary that functions to destabilise and fragment local security provision. In turn, this (1) denies critique of the system, and (2) makes the possibility of state intervention always present in people’s imaginations. There is a saying in Acholi that emphasises the power of the government to appear at any moment and impose its will: “Gamente cinge bor” or, “The government has long hands.”

The resultant picture is one of uncertainty. In this world, young men’s identities as “crime preventers” versus “crime promoters” hinge on the institutional environment, personal relationships, the nature of the act, and luck. While local institutions are tasked with the responsibility of providing justice and security, they have limited authority.  In an environment where the state always holds the trump card, a diversity of justice and security actors function to reinforce the power of the state.

Thus, the Ugandan state is neither an absent ruler, nor an indirect ruler. By making the prospect of intervention always uncertain, the possibility remains ever-present. Coupled with a long memory of violent conflict, unpredictable state intervention renders the government ever-present in civilian imaginations despite being generally materially absent. The state uses arbitrary intervention—both in terms of whether it will intervene, and if so, which rules it will apply—to secure a position as hegemon in the imaginations of the population. As such, the government is divested of any strategic need to provide day-to-day security for the population, as well as the logic of physical occupation to control territory. Instead, “institutionalised arbitrariness” prevails as a low-cost mode of governance, producing subjects and undermining threats.

This argument suggests that citizens’ cumulative experience of disorganisation, ineptitude and corruption create more than the sum of their parts—and that this outcome, whether intentional or unintentional on the part of the government, functions to reinforce the power of the centre without requiring improvements in service delivery nor significant physical presence on the ground. If this is the case, it suggests that donors must think critically about interventions that support “local” or “hybrid” solutions to justice and security as these may continue to contribute to uncertainty in a context of arbitrary intervention on the part of the state. 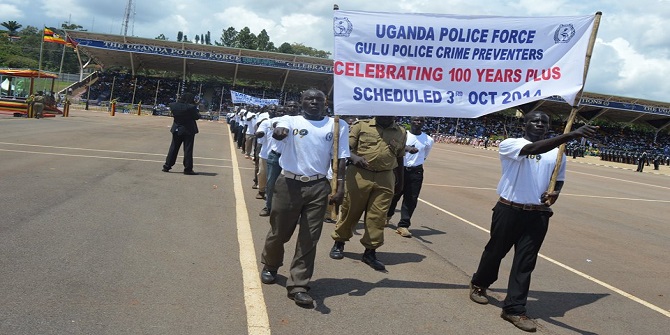