Henni Alava and Cecilie Lanken Verma explore what is needed to secure a relatively peaceful election in Uganda, and what this may mean in the long-run.

Two parallel realities appear to exist in pre-election Uganda, especially when seen from the northern region of Acholiland ten years after it was declared ‘post-conflict’. In one, everything is ‘fine’: the elections will be smooth. There will be no problems and things will continue as normal. In this view, it seems, elections have to be fine, as peace is the main priority. It simply must not be jeopardized, not even if that means to keep the sitting President in power. In the other, the nation is preparing for war, amid breaking news about pre-election violence and rumors about violence committed and building up to momentum in the scenes. In some towns at the far periphery of the Ugandan political hub you can find mothers preparing to run from their homes with their children and most valuable belongings – just in case things turn sour.

“We really don’t know”. This is the most common final statement heard in Acholi in discussions about the on-going Parliamentary and Presidential elections, due today, the 18th of February. By saying they don’t know people seldom refer to doubts about the ultimate outcome of the election. Rather, most people seem quite convinced that the elections will result in “No Change!” – one of President Museveni’s well-known campaign slogans since years back. This year he celebrates his 30th year in power since his guerrilla movement, the NRM, managed to seize it in 1986.

This entry highlights the perspective of ‘the unknown’ on the 2016 elections in Uganda as seen from its war-torn northern hinterland. The authors have both studied issues related to politics, secrecy, faith and the war-peace continuum in Acholiland for more than ten years and through combining our different takes on the Acholi plight we here provide a snapshot of both hopes and fears of people on the ground in the last few days prior to the big day. Since what lies beneath the surface may be governed by speculation and rumours, examining these phenomena in greater depth allows understanding of the current talk of ‘the political’ in the north, and of election dynamics in Uganda more broadly.

Many Ugandans believe that either through vote-buying, rigging or violence, the incumbent president Museveni will be announced the winner of these elections, regardless of the nation’s genuine sentiments. The President himself also seems convinced of this. It is thus not the ultimate outcome of the elections that people say they “do not know” about. Rather, what people refer to with this expression is uncertainty about the actual extent of violence that will erupt before, during and after Election Day.

The northern part of Uganda, particularly the area known as Acholiland, carries a dark history of war and insurgency. The most intense decades of violence in this area run parallel to the rule of President Museveni and his NRM movement. Counterinsurgency strategies carried out by the government – at first violently targeting the preceding governments’ northern supporters and, later, comprising an array of strategies aimed to hunt the rebel Joseph Kony’s Lord’s Resistance Army through both military warfare and the internment of the civilian population in camps – have cast a dark shadow on local sentiments towards the sitting government. Mistrust, rumours and fears concerning the government’s suspected ‘unknown agendas’ have been commonplace, and are still deeply embedded in local vernaculars about politics, secrets, and the, at times, terrifying uncertainty of the unknown.

Two Parliamentary and Presidential elections have been held since Museveni changed the constitution to allow a multi-party system, which secured his right to stand after his presidential term had ended. Both in 2006 and in 2011 state security forces harassed opposition candidates and obstructed their rallies through the use of arrests and violent suppression. On both occasions Museveni won, but was immediately accused by opposition candidates of rigging the result and not allowing fair elections to be performed.

The 2016 elections have so far made no exception to the pattern established in previous elections. People in Acholi rumour of isolated incidents of violence by security agents connected to the state already during the primary elections, and in the weeks prior to Ugandans going to the ballot boxes, pictures circulated on Facebook of teargas trucks rolling in from Mombasa. The new trucks were seemingly put to use in Kampala two days before Election Day, when the police and military interceded with the opposition’s candidate Dr. Besigye’s campaign rally, leading to the release of teargas in Uganda’s largest University and the death of one protestor.

The opposition is seemingly strongest in the big cities to the South, where well-educated youth in particular are saying ‘enough’ to Museveni’s slogan of ‘No Change’. More than three quarters of the country is under the age of 30 and a large percentage of these are without employment or steady work. The lack of jobs, a crumbling infrastructure, failing public schools and inadequate hospitals are exactly what the candidates running against Museveni are campaigning on en masse in the streets of Kampala. And as Rebecca Tapscott has recently argued, the lack of jobs is also what makes it easy for politicians to buy youth to join their bandwagons. In the Acholi region, however, despite its lagging seriously behind the rest of the country on counts of development, criticism against Museveni is couched in more ambiguous sentiments and, on a whole, much more quietly.

With the war terrifyingly fresh in the Acholi peoples’ minds, many do not want things to get out of hand. Some state that they do not really support Museveni, but they will give him their vote because ‘it is better to know the devil than to deal with a devil you do not know.’ Many Acholi people are tired of the government. But they are even more tired of war, and this has considerable impact on how the vote is cast in these parts of Uganda. The prospect that either Museveni or one of the main opposition candidates might turn to war in the aftermath of the elections is one people pray does not come true.

Voting for change or for more of the same?

Buffered by serious donor funding, civil society organisations in Uganda have undertaken a concerted effort to educate Ugandans about their rights and responsibilities as voters, and much is being done on a national level to fulfil the official requirements of an electoral democracy. For instance, in the days running up to the vote, religious leaders across Uganda have been praying for ‘free and fair’ elections [www.ircu.or.ug]. But for most Ugandans, the words ‘free and fair elections’ are shallow and empty. Even if the official election observation missions come out declaring the elections to be fairly okay, people in Uganda, particularly those who have born the brunt of state-perpetrated violence as the Acholi have, know better. As one man explained:

“People know Uganda is not a true civilian rule. It is a military rule in disguise.”

Ghosts of the past, as well as rumours and speculation in the present, are crucial to forming people’s perceptions of ‘the political’ in Acholi and Uganda. The advocacy campaigns of civil society actors and donors, as vitally important as they are, do little to touch these deeper vernacular conceptualisations; those that reflect what, in peoples’ minds, politics is actually all about.

Beneath outspoken claims to order, rule of law, freeness and fairness, the election campaigns over the past weeks have played on these vernacular understandings. Compounded with actual threats and outbreaks of violence, already in the primary elections and again in the days ahead of the 18th, it has become clear that the dirty game of politics, of lakite, ‘somehow’, as the Acholi often describe the nature of politics, is definitely on.

The question on everyone’s minds is whether this time the game will lead to massive violence, or whether it is precisely the kind of game that will effectively pre-empt large-scale violence, through successfully scaring people into submission. Today’s election results may turn out to bring ‘No Change’ politically, but the violence and potential force needed to sustain this condition, may not only blow up in riots over alleged rigging or the security forces violently suppressing opposition campaigns, but also add fuel to the fire of rumours and speculations about the ‘tricky nature’ of Museveni’s government.

We will find out shortly. In the meantime, those who do not stay at home in resignation, as many say they will, will go to cast their vote today. Some will take to the streets as we have seen in the last few days, and some of the ‘reality’ of violence, teargas trucks and military build-up on the sides of both the government and the opposition shall be potentially revealed. Hopes of either change or ‘No Change’ will define people’s reactions on this day, but fear as well as the unnerving uncertainty of not knowing the ‘true nature’ of the government remains the true sovereign in defining sentiments of ‘the political’ in northern Uganda – no matter the electoral outcome.

Henni Alava is a PhD candidate at the University of Helsinki, whose thesis explores post-war politics in Northern Uganda from the perspective of the Catholic and Anglican church. She is currently in Kitgum conducting research on the impact of religious leaders on Uganda’s elections as a research consultant for the Justice and Security Research Programme of the London School of Economics.

Cecilie Lanken Verma holds a PhD in Anthropology from Copenhagen University and is currently teaching at Global Refugee Studies at Aalborg University. Since 2005 she has conducted research on issues of political and military mobilisation during and after the war in northern Uganda. She is currently initiating a research project on mobilisation and transformations in civil society in the wake of the so-called ‘refugee crisis’ in Europe.

Photo credit: US Department of State via Foter.com / CC BY-SA 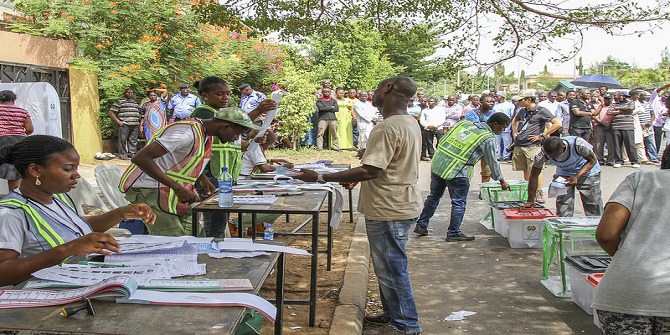 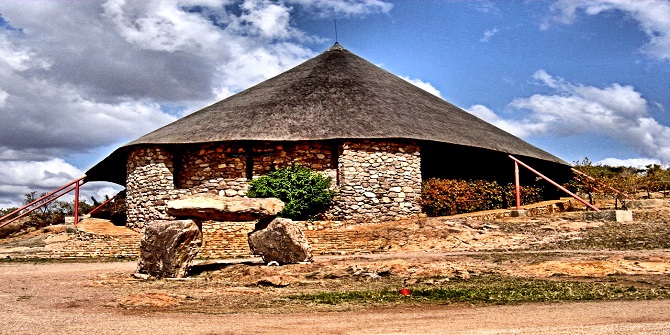