The JSRP team has been deeply saddened to learn of the untimely death of our colleague from the South East European Research Network.

Svetlana Djurdjevic-Lukic was a prominent Serbian civil society activist, policy analyst and scholar. She was an expert in human security and security policies, alongside her long-standing interest in US foreign policy. She was the author and co-author of numerous monographs, such as Global Policy of the US: 2001-2012 (2013) and The International Presence in Kosovo and Metohija, 1999-2009 (2010) as well as articles, book chapters and policy papers, including ‘The Media and Security Sector Reform in the Western Balkans’ (Geneva Centre for the Democratic Control of Armed Forces, DCAF, 2010), ‘The Participation of Civil Society in the Human Dimension of the OSCE’ (The Institute for Comparative Law, 2015), ‘LGBT Community and Security Sector Reform in Serbia’ (Centre for Public Policy and OSCE, 2011).

In the early 1990s, Svetlana pursued her interest in politics as a journalist and correspondent for numerous Serbian and international media. She was a prominent liberal voice in Serbia that opposed Slobodan Milosevic’s war policy in the Balkans. In the late 1990s, she applied her talent for writing to the policy field. She was a firm believer in engagement and collaboration as a means of influencing and shaping public policy. One of the many working groups she contributed to is the Serbian Government Working Group for drafting the National Action Plan to implement UNSC Resolution 1325 (2016-2020). She also provided regular consultancy for the Office for Democratic Institutions and Human Rights (ODIHR) of the Organisation for Security and Cooperation in Europe (OSCE) and the United Nations Development Programme (UNDP).

Svetlana was a director and co-founder of the Public Policy Research Centre in Belgrade, a centre that is unique in its remit to highlight security issues from the perspective of all citizens, including the young, Roma, the LGBT community, and women.

What distinguishes her policy work and advocacy is its rootedness in the latest writing and debates on the issues of human security and peace-building. She had a special talent in translating academic research into policy ideas and advocacy. Svetlana kept abreast of the latest debates with unparalleled intellectual curiosity, while basing her critical insights on a tireless pursuit of fieldwork and the desire to get to know both the context and the people.

Svetlana was awarded an MA in Politics, Security and Integration from University College London and held fellowships at Columbia University and Oxford University. She graduated in history from the Department of Philosophy, University of Belgrade. She had submitted her doctoral thesis entitled ‘The Role of the United Nations in Peace-Building: The Case-Study of East Timor’ to the Department of Political Science, University of Belgrade and her viva was scheduled for Wednesday, 28 September 2016. Throughout her career she built collaborative relationships across borders, with colleagues both in the global academic community and in the countries of the Balkans.

In 2012 the JSRP invited Svetlana to participate in its new research collaboration with The Asia Foundation (TAF),  facilitating this through the JSRP partnership with the South East European Research Network.  The collaboration aimed at comparing Theories of Change used by TAF and others with the evidence generated by the organisations themselves, as well as with field research and social science. The project involved fieldwork in a number of TAF locations combined with workshops at LSE.  Svetlana elected to undertake her research in Timor-Leste where she was hosted by the TAF field office in Dili for an extended period.  She attended several workshops at LSE to discuss her research with others from across the consortium and  subsequently contributed a richly detailed paper on community policing to the JSRP-TAF Theories in Practice series.   Her research in Timor-Leste also contributed towards her subsequent doctoral thesis.

More recently, together with colleagues from the LSE Department of International Development, Svetlana took part in a project under the aegis of the European Commission to establish a cross-border citizens’ network on human security in South East Europe and Turkey that brought together scholars and civil society actors from across former Yugoslavia, Europe and Turkey. She made an invaluable contribution to developing the intellectual agenda of the project, as well as dedicating enormous amounts of energy to supporting researchers in the field,  helping them to improve their ability to translate research findings into evidence to enable policy reforms in the region that would address insecurities facing ordinary people.

Svetlana’s tragic death robs us of a sharp thinker about the human side of security, a tireless activist and advocate of human rights, and a devoted friend. Our condolences are with her husband and children.

We have received the following personal tributes to Svetlana:

‘I would like to express my sincere sense of loss with Svetlana’s passing. I will remember her as an enthusiastic, insightful researcher always up for a challenge, a thoughtful colleague as well as a gentle and lively person who became a dear friend.’
Dr Vesna Bojicic-Dzelilovic, Department of International Development, LSE

‘I met Svetlana when I was a young researcher in East Timor. It was immediately apparent that we were both apprehensive as to what we were going to do for 12 weeks on the island. As we gradually found our feet over the coming weeks our thoughts turned from our research to our loved ones and we spent much happy time discussing the tension between the joys of exploring new places and cultures, and leaving them behind. I know Svetlana will be missed both by those at home and those she has met professionally.’
Tom Kirk, PhD candidate, LSE Department of International Development (Tom spent time in Timor Leste with Svetlana as part of the JSRP-Asia Foundation project on Theory of Change)

‘Svetlana was a true friend to me in Timor and was invaluable in her advice and comradeship, often over coffee and affogato. No doubt she will be a big loss in the field of Public Policy research and my sincerest condolences go to all her family and friends.’
Nick Rowland, York University (Nick spent time in Timor Leste with Svetlana as part of the JSRP-Asia Foundation project on Theory of Change).

‘Svetlana’s utter dedication to scholarship, to improving public policy, to friends and to her family was unparalleled. She was always curious about new ideas, whether in academic arguments in her field or in public policy making. Despite her impressive competence, she approached collaboration humbly, with great openness to the views of others. Her criticisms were intellectually sharp, but delivered in the kindest of manners. That kind demeanour turned colleagues into friends, who will miss her painfully.’
Dr Denisa Kostovicova, Department of Government, LSE

‘I am deeply saddened by this terrible loss. Svetlana really embodied the spirit of collaboration that informed our collaboration with The Asia Foundation. She was an energetic and enthusiastic participant at workshops, in the field in Timor-Leste, and in the insightful work she produced as part of the project. Her comparative insights across post-conflict contexts represented a substantial and distinctive contribution to scholarship. All my thoughts are with her family, friends and colleagues.’
Dr Henry Radice, Department of International Development, LSE (Henry is the JSRP Research Manager and coordinated the JSRP-Asia Foundation project)

‘I had the pleasure of knowing Svetlana through her research on human security in the Balkans. Her enthusiasm, her expertise on issues of human rights, and her commitment to continue the fight against small arms impressed me deeply. Her passing is a huge loss not only for her family, relatives, and friends, but also for all those who fight for human rights in the Balkans. I bow with great sadness to her memory.
Prof Ahmet Insel, (Galatasaray University and Université Paris 1 Panthéon-Sorbonne)

‘Svetlana was a lovely colleague who I was lucky to work alongside briefly in Timor-Leste. My thoughts are with her family and friends.’
Dr Claire Q. Smith, University of York 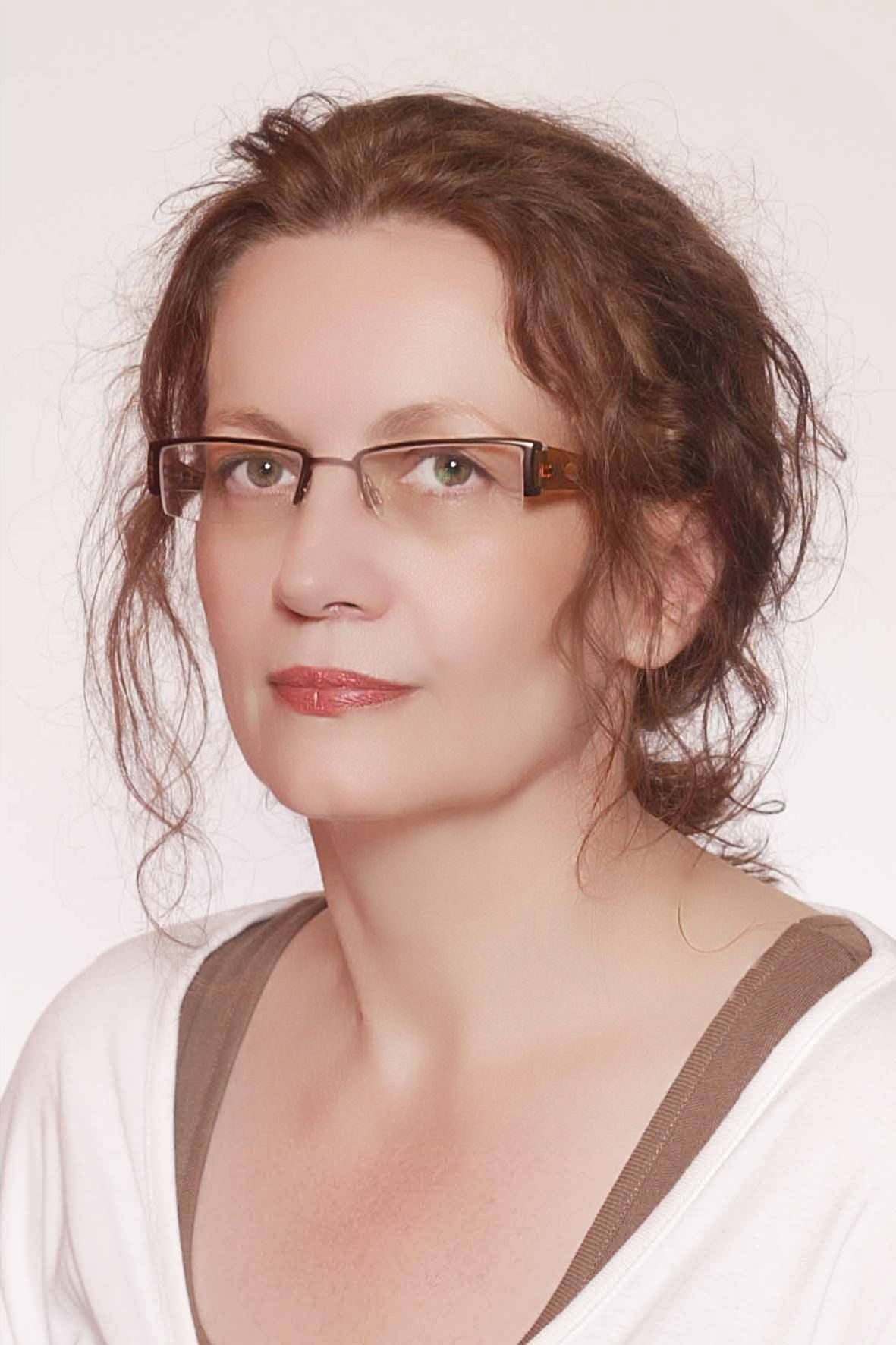 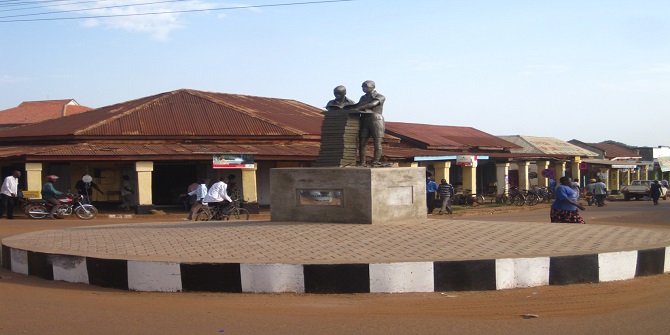