The idea of a “Left Turn” or a “Pink Tide” tells us little about the rise and fall of left-wing parties today or throughout Latin America’s history.  Though the actors and arenas vary over time, the key lies in understanding successive waves of demands for incorporation from poorer segments of society, argues Federico M. Rossi (CONICET-Universidad Nacional de General San Martín).

How to account for the events experienced in the region over the last twenty years from a long-term historical perspective? The most common definition has been that a “left turn” has occurred across Argentina, Bolivia, Brazil, Ecuador, and Venezuela. But this concept only highlights a vague connection between diverse leftist governments, leaving many political and economic dynamics unexplained. To comprehend the major transformative processes behind the South American left turn, we need to return to Latin America’s long history of cyclical redistributive conflicts and analyse what I term “incorporation waves”.

Incorporation waves are major and prolonged historical processes of struggle between socioeconomic and political groups vying either to maintain a small polity based on an intimate relationship between economic and political power or to pressure (sometimes from below) for expansion of this polity to incorporate the poor as citizens and as workers. Across the entire span of Latin American history, there have been only two such incorporations of the poorer segments of society.

The first wave of incorporation was a corporatist process combining mobilisation of popular claims by labour and/or peasant movements with policies for channeling these claims into corporatist institutions from the 1930s to the 1950s. The first incorporation in Latin America was defined by Ruth Berins Collier and David Collier in Shaping the Political Arena as “[t]he first sustained and at least partially successful attempt by the state to legitimate and shape an institutionalized labor movement”.

Coups d’état put an end to the first wave of incorporation in most of Latin America. In Argentina, for example, the incorporation phase ended with the coup of 1955, leading into a period of back-and-forth tension between Peronists and other political actors, as well as several further coups. In 1976 yet another coup began a systematic process of exclusion or “disincorporation” of popular sectors by authoritarian military regimes and democratic neoliberal reforms, lasting until the early 2000s.

But this phase of coups and neoliberal disincorporation was not exclusive to Argentina. In most countries disincorporation was resisted by social movements that mobilised popular sectors, such as landless peasants in Brazil, the indigenous in Bolivia and Ecuador, and the unemployed in Argentina. These accumulated disruptions constituted a massive continental cycle of protests against the exclusionary consequences of neoliberal reforms.

The second major redefinition of the socio-political arena in Latin America started in the late 1990s. This second wave of incorporation is a territorially based process emerging from an accumulation of transformations designed to respond to popular demands for inclusion. The emergence of left-wing or populist parties in government is one of the by-products of two decades of struggle for reincorporation.

Each incorporation wave has been associated with different types of popular movements leading the efforts for social change. During the liberal period (1870s–1930s) that preceded the first incorporation (1930s–1950s), labour and/or peasant movements were the main organisers of the popular sectors in their demands for wellbeing through reform or revolution. For the second incorporation (2000s–2010s), the prior neoliberal period (1970s–1990s) saw a new type of movement become the central popular actor in reversing the exclusionary consequences of authoritarianism and neoliberalism: reincorporation movements. Reincorporation movements built upon – but also decentred – labour-based actors, organising the poor and marginalised territorially.

There are recurring dynamics to incorporation, and both waves manifest commonalities in terms of the steps leading up to incorporation. As a consequence of (neo)liberalism a “social question” emerged, evolving in both waves into a political question championed by a contentious actor that was gradually recognised and legitimated. In the 1990s and 2000s, the emergence of recommodification and marginalisation as a new “social question”, reforms to policing techniques, and the creation of massive social programs can be seen as equivalent to pre-incorporation dynamics.

Between the 1870s and the 1950s, the left-wing movements posing the “social question” pushed liberal elites to increase repression. This gradually led to populist or leftist leaderships that initially recognised demands for social rights and then also the actors behind these claims, namely labour and peasant movements. As for social policies, the first wave saw the creation of Ministries of Labour or Peasant Affairs, agrarian reform (except for Argentina), comprehensive social-rights policies, and constitutional reforms. In the second wave, it also led to the creation of new ministries such as the Ministry of Agrarian Development in Brazil or the Ministry of Social Development in Argentina; constitutional reforms in Bolivia, Ecuador and Venezuela; land reform in Bolivia and Venezuela; and the production of wide-ranging cash-transfer policies in all five countries.

While the first incorporation was characterised by massive unionisation and corporatist state arrangements, the second incorporation followed a territorialised logic. This second wave is “territorial” because the incorporation of popular sectors has occurred predominantly through institutions created or reformulated for the articulation of actors outside of the trade-union system. Instead, once neoliberal reforms and authoritarian regimes had weakened or dissolved neo-corporatist arrangements for resolving socio-political conflicts, urban and rural land occupations, neighbourhoods, and shantytowns became central spaces for claims-making by the organised poor.

For the same reason, the social policies associated with this reincorporation have been defined by the physical location of the poor rather than by class or occupation. In many cases reincorporation policies have been channeled through newly created or redefined institutions. For example, the “citizen territories” in Brazil, the social “missions” in Venezuela, and the articulation of movements through social councils channelling multiple non-corporatist claims in Argentina, Bolivia, and Brazil. This was an important shift from the functionalist logic of corporatism, which had articulated popular sectors’ claims by taking trade unions as their sole representative and Ministries of Labour as their dedicated state department.

Turning to the future, recent events in the region could signal three critical paths for the second wave of incorporation. The coup in Brazil, the election of neoliberals in Argentina, and violent tensions in Venezuela might indicate the end of the second wave. However, the second incorporation continues in Ecuador with the election of the official candidate and in Bolivia due to enduring support for the government. It is too early to say for certain if some countries have entered a second wave of dis-incorporation or if the current situation is just a brief lull in Latin America’s long history of redistributive conflicts.

Notes:
• The views expressed here are of the authors rather than the Centre or the LSE
• Draws on the author’s The Poor’s Struggle for Political Incorporation (CUP, 2017)
• Please read our Comments Policy before commenting 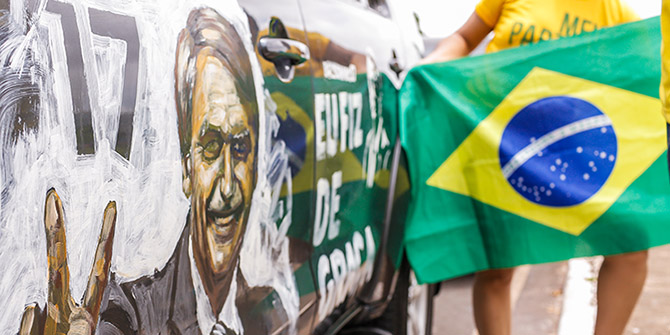 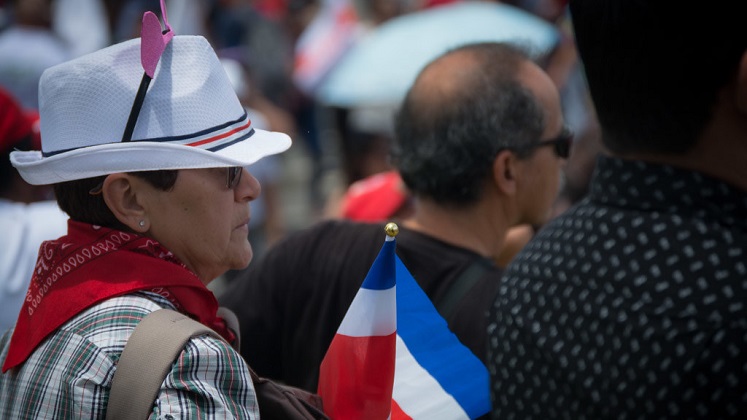