Demobilisation of this armed group, FARC disarmament, and the peace process with the ELN mean the state can establish its presence throughout the country and smooth the road to peace, write Juan David Gélvez and Michael Weintraub (Universidad de los Andes).

On August 31, 2017, the Armed Forces of Colombia neutralised Roberto Vargas Gutiérrez, also known as Gavilán or ‘The Hawk’, second-in-command of the Clan del Golfo. This criminal gang is Colombia’s main organised armed group (OAG), controlling more than 45% of the drug trade nationwide, running hundreds of illegal mines, and boasting a strong presence in 22 of Colombia’s 32 departments.

Most of the Clan del Golfo’s members previously belonged to the now-defunct United Self-Defence Forces of Colombia (Auto-Defensas Unidas de Colombia, AUC) and various guerrilla groups such as the Popular Liberation Army (Ejercito Popular de Liberación, EPL). This implies that its members have a track record of criminal activity centred on drug trafficking and direct intimidation of the civilian population.

Empirical evidence suggests that, depending on the type of OAG, the removal of high-level criminal, insurgent, or terrorist figures – or “decapitation” – leads to conflict escalation amongst the actors involved. This is because lower-level figures who are left behind fight to gain leadership, or because the national or local government breaks the status quo, leading to a violent backlash from various different actors. As such, Gavilán’s death should in theory have led to an increase in killings, greater extortion, or unprecedented levels of mining exploitation, amongst other acts of violence carried out by the group.

However, the actual response of the supreme leader of the Clan del Golfo, known as Otoniel, flew in the face of this theory. Instead, he raised the possibility of his organisation handing itself over to the Colombian justice system, with the aim of also involving the Gaitanista Self-Defence Forces (Autodefensas Gaitanistas, AGC) and thus bringing about a comprehensive peace.

President Juan Manuel Santos asked the Minister for Justice and the Attorney General to consider Otoniel’s suggestion, while emphasising that such a move would be an act of surrender rather than a negotiation. The difference is significant, bearing in mind that a negotiation requires a longer timespan and the implementation of agreements – as with the peace negotiations involving the FARC in Havana – while an act of surrender involves less onerous processes. Here it requires agreement on the handover of weapons, the informing of the entire organisation, the type of justice to be applied, and how sentences will be served.

This in mind, the question arises as to the future of this particular group. Like other researchers, we take a pessimistic view of the Clan del Golfo’s decision to surrender, mainly because of three key features that speak to its heterogeneity:

We are also concerned by the legal difficulties of embarking on a peace process with a criminal gang. The Attorney-General has pointed out the vacuum in Colombian law on acts of surrender by organised armed groups:

Despite the legal and political challenges, failure to wind down Colombia’s biggest criminal organisation would come at a high price.  It would allow for the regularisation of some 2,000 Colombians, most of whom are young men living in poverty and at high risk of remaining on the wrong side of the law.

In a post-conflict context, the demise of the Clan del Golfo provides an opportunity to put an end to the numerous sources of violence which can be found throughout the country. It would also enable substitution of illicit crops and the entry of the Colombian state in more remote areas of the country where it has traditionally been absent.

Yet, in order for this gang to be properly disarmed, demobilised, and reintegrated a number of risk factors ought to be taken into account. The presence of other armed groups, such as dissident factions within FARC, makes it difficult for the entire membership of the Clan del Golfo to stick to any agreement, as there will either be incentives for them to remain involved in illegal activities or pressure on them not to abandon such activities in the first place.

Furthermore, despite his Nobel Peace Prize and widespread international recognition, President Juan Manuel Santos’s political capital is limited.  No fewer than 72% of Colombians disapprove of his performance, thus limiting his ability to attract support from political parties and civil society.

In conclusion, organised crime, and the Clan del Golfo in particular, poses a fundamental threat both to the peace process with the FARC and to the social and political stability of Colombia. Counteracting its criminal activities has proven to be very difficult, as a result of poorly targeted anti-drugs policies and the difficulty of establishing a state presence throughout the country.

Otoniel’s response to the death of his second-in-command is surprising, offering the possibility of bringing his group’s conflict with the state to an end, where evidence would tend to suggest that criminal gangs or drug traffickers raise the rate of violence in the wake of “decapitation”.

Yet, given the dissolution of the FARC and the ongoing peace process with the ELN, this opportunity to establish a state presence throughout Colombia must be seized as a vital step in smoothing the country’s road to peace.

Notes:
• The views expressed here are of the authors rather than the Centre or the LSE
• Translation by Daragh Brady
• Please read our Comments Policy before commenting

Juan David Gelvez studied Government and Public Affairs at Universidad de Los Andes and is currently finishing his Masters in Public Policy at the same university. His areas of interest are policing, crime prevention, and the judicial system. He is currently a member of the research team of the Escuela de Gobierno at Universidad de los Andes.

Dr Michael Weintraub is Associate Professor at the Escuela de Gobierno Alberto Lleras Camargo at Universidad de los Andes in Bogotá, Colombia, where he directs the Masters in Public Policy (MPP) program. His interests include armed group behavior in civil war, crime, and the use of experimental and quasi-experimental methods for impact evaluation. He is one of three principal investigators of the Academia para el Análisis de Seguridad, a programme devoted to crime prevention in Central America, funded by USAID. 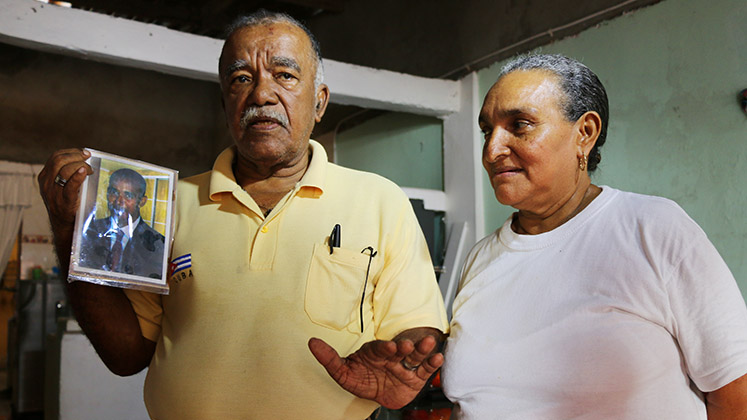 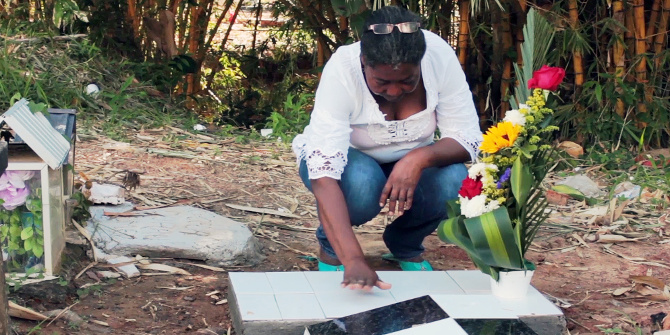