To provide the vital “peace dividend” of better lives and livelihoods, peacebuilding must promote conflict-sensitive policies even where they are economically second-best. The UN can support this process by helping states in transition to reactivate their economies in an inclusive and sustainable manner, writes Graciana del Castillo (City University of New York).

Important anniversaries provide an opportunity to reflect on lessons of the past and rethink strategies for the future. Sadly, 25 years after their creation, the UN’s Peacekeeping and Political Affairs departments have a disappointing record when it comes to peacebuilding.

As my new book Obstacles to Peacebuilding shows, more than half of the 21 countries to undergo a war-to-peace transition with the civilian and military support of the UN have returned to conflict within ten years. And even those that achieved a tenuous peace ended up highly aid dependent, often even for basic food needs. Complacency and unfinished business can easily turn a promising transition into a failing situation.

In the aftermath of the Cold War, transitions to peace were especially complex because the states involved had low levels of development and were emerging from intra- rather than inter-state wars.

They faced a multi-pronged challenge: violence had to give way to stability and security; lawlessness and political exclusion had to give way to the rule of law and participatory governance; ethnic, religious, or class polarisation had to give way to national reconciliation so that former combatants could live together in peace within the same communities; and ravaged, underground war economies had to become functioning economies that would enable ordinary people to support themselves with dignity and legality.

On the surface, the UN was the logical choice to lead these reconstruction efforts.  Unlike development organisations such as the World Bank and UNDP, which are mandated to work with governments, the Secretary General could use the impartiality of his position to deal equally with state and non-state parties to the conflict.

Yet, time and again the UN has shown not only a lack of analytical and operational capacity, but also an unwillingness to address this failing. Instead, the patchy institutional memory of the UN has led both its member-states and its officials to repeatedly reinvent the wheel without realising they are mostly pedalling in mid-air. As such, the organisation has failed to learn from some of its earlier and more successful operations, not least in El Salvador, which was the first start-to-finish UN mediation of an internal conflict.

With the country at the brink of war only nine months after the peace agreement of January 1992, El Salvador provided early evidence of many of obstacles to peacebuilding that would later plague transitions to peace elsewhere in the world. Essentially, El Salvador showed that when economic reconstruction took place alongside efforts at national reconciliation and major reforms to politics and security, it was fundamentally different from “development as usual”.

The many parallel aspects of the transition restricted economic reconstruction options, not least because each had to compete for scarce resources, thereby forcing tough choices over budgetary allocations. Since avoiding a return to conflict is paramount, the “political or peace” objective must always prevail over the “development or economic” one, meaning that first-best economic policies are often neither possible nor desirable during transition.

Yet, the UN and the Bretton Woods institutions operated under the “development-as-usual” paradigm, as if there were no high risk of conflict during the transition, and ultimately worked at cross purposes. Fiscal and external conditionality under the 1992 IMF-sponsored economic program failed to incorporate the budgetary implications of the peace agreement, thereby imposing serious restrictions on the implementation of costly peace-related programs. These included arms-for-land swaps and the establishment of a civilian police force, both of which were critical to the agreement.

The longer term realisation was that just as political reform, national reconciliation, and economic reconstruction efforts can prove futile without security, it is also the case that security will not take root without progress in those three areas. This two-way relationship between security and economy – often neglected by the UN in favour of a greater focus on human rights, elections, and gender issues – has proved to be a major obstacle to successful and sustainable transitions to peace, stability, and improved welfare.

Despite broad agreement on the successful implementation of the National Reconstruction Plan for 1992-97, El Salvador’s removal from Security Council oversight and cuts in donor assistance ultimately undermined the sustainability of its impacts. More specifically, the Security Council gave the United Nations Development Programme (UNDP), coordinator of the UN development system, leadership over “unfinished business”. Under UNDP, however, many significant gains were lost and the peace process withered.

Lacking support, former combatants had to abandon programmes like arms-for-land that had given them a stake, however small, in the peace process. This often left them with no option but to resort to illegal or criminal activities. Together with President Clinton’s unfortunate policy of repatriating hundreds of undocumented Salvadoran gang members that had arrived during the war, this led to rising crime and public insecurity, which in turn became the country’s most serious obstacle to investment and a viable economy.

The path to peace dividends

With El Salvador now considered by most accounts a failed state, the lesson for the UN, as well as for Colombia and other countries undergoing transitions to peace, is that economic reconstruction of war-torn societies is not “development as usual”. On the contrary, it requires a new paradigm to ensure that conflict and insecurity will not be revived.

This paradigm requires conflict-sensitive policies, even if they are second-best from an economic point of view. UN support must act in parallel to help countries reactivate their economies in an inclusive and sustainable manner.

Only in this way can we achieve a popular “peace dividend” in terms of better lives and livelihoods, which is the key to garnering meaningful support for any country’s efforts to build peace, stability, and prosperity.

Notes:
• The views expressed here are of the authors rather than the Centre or the LSE
• This article draws on the author’s monograph Obstacles to Peacebuilding (Routledge, 2017)
• Please read our Comments Policy before commenting 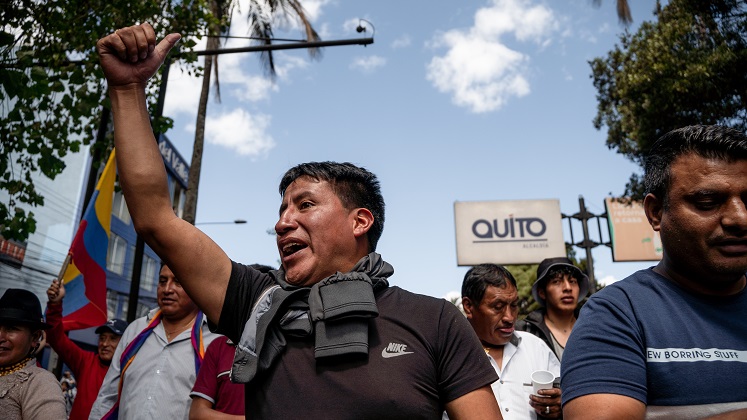