Which are the best bookshops for academics to visit in Latin America and the Caribbean? As part of their series of Bookshop Guides, our colleagues at LSE Review of Books have been finding out. Here Laura Gómez Mera (University of Miami) gives us a tour of the best bookshops in Buenos Aires, Argentina.

With an unusually high number of psychoanalysts per capita, Buenos Aires has been referred to as “the most psychoanalysed city in the world”. A lesser known fact about the Argentine capital is that it also tops the charts in terms of number of bookstores.

Recent statistics show that there is one bookshop for every 8,000 porteños, as the inhabitants of the port city of Buenos Aires are known. Indeed, Buenos Aires alone has more bookshops than the whole of Mexico. The city’s strong literary leanings earned it the title of UNESCO World Capital in 2011.

Fittingly, Buenos Aires is home to one of the most beautiful bookshops in the world: El Ateneo Grand Splendid. This magnificent former theatre was built in 1919 by Austrian émigré Max Glücksmann, a leading figure in the Argentine radio and film industry.

While offering live music and theatre performances in its early days, the Grand Splendid functioned primarily as a film house. After closing its doors in 1991, its future seemed uncertain until it was acquired and converted into a bookshop by Librerías El Ateneo.

Despite extensive restorations, most of the original structures – the stage, theatre boxes, central dome, and ornamented walls – were kept intact.

The restored dome still features beautiful frescoes by Italian artist Nazareno Orlandi. The private boxes have been transformed into small reading rooms, where visitors can sit and browse their selected titles. The stage, with its heavy, dark red curtain, now works as a café, offering live music in the evenings.

Apart from its beauty, El Ateneo has an impressive selection of more than 100,000 titles, including a sizable proportion of non-Spanish books and magazines. Honouring its illustrious musical past, the bookshop also offers an extensive collection of classical, jazz, and popular music CDs.

Although it is hard to compete with El Ateneo, there are other bookshops in Buenos Aires that are well worth a visit.

Eterna Cadencia, in the trendy Palermo neighbourhood, is extremely charming, with its tall wooden bookshelves and splendid chandeliers. The shop has its own publishing house, which prints a wide variety of works by national and international authors.

Not far, in a leafy Palermo alley, stands Libros del Pasaje. This medium-sized store has a very good selection of English-language titles. Its courtyard café offers a cozy and relaxing environment in which to read, write, or simply enjoy a coffee with a friend.

Finally, if you are into second-hand books, you cannot miss El Rufián Melancólico, in the historical San Telmo neighborhood. This is an incredible, almost magical little store with enormous character.

Named after a short story by Argentine writer Roberto Arlt, it specialises in old and difficult-to-get books. Upon entering the shop, one is immediately surrounded by piles and piles of books, comics, and vinyl records. Half hidden among them sits El Rufian’s co-owner, a bibliophile and artist who’s always happy to assist you in your literary search.

Notes:
• The views expressed here are of the authors and do not reflect the position of the Centre or of the LSE
• This post originally appeared on LSE Review of Books
• Please read our Comments Policy before commenting

Laura Gómez Mera is Associate Professor in the Department of Political Science at the University of Miami. She holds a doctorate in International Relations from Oxford University and an MSc in International Political Economy from the London School of Economics. Her current research focuses on the political economy of international cooperation against human trafficking and forced labour. 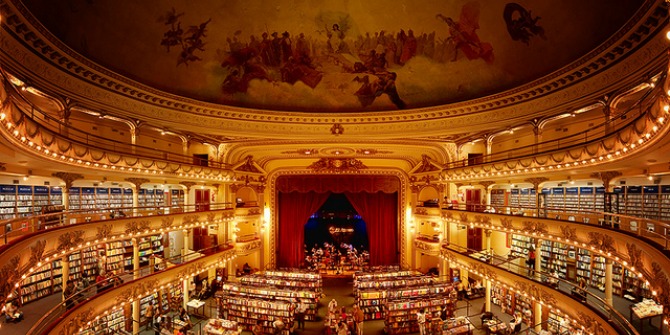 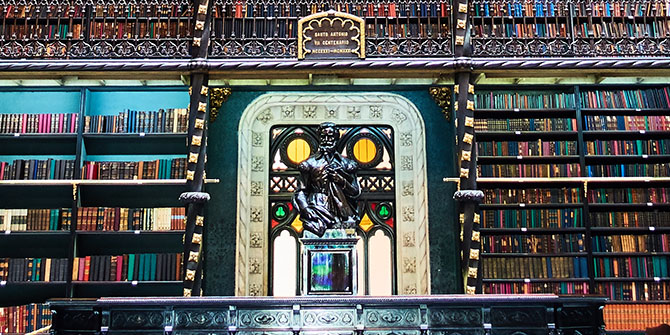 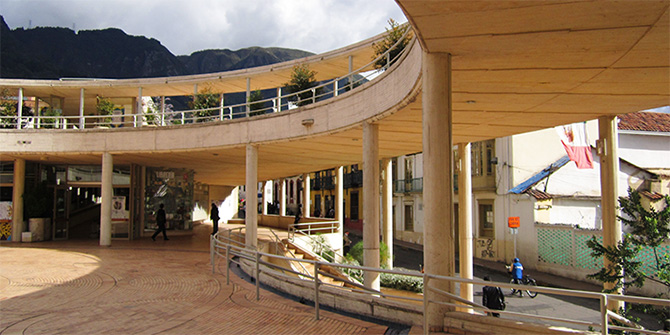