Sir John Burgh arrived in Britain unable to speak any English and eventually became Director General of the British Council. Along the way he was a part of the LSE community for over 50 years, writes LSE Archivist Sue Donnelly.

Karl Hans Schweinburg was born in in Vienna and although his parents background was Jewish they had converted to Catholicism. Both his parents were very musical imparting on their son an enduring love of music. His father died in 1937 and after the 1938 Anschluss, when Burgh remembered watching Hitler touring Vienna, his mother used her contacts with the Quakers to arrange for Karl and his sister Lucy to move to England where she joined them six months later. Burgh arrived in Britain unable to speak any English and was enrolled at Sibford, a Quaker school in Oxfordshire. The school did not have an academic background and in 1941 he left Sibford and worked in air munitions until the end of the war.

In 1945 LSE was happy to return to London from its war time base in Cambridge with a doubling of student numbers. John Burgh planned to study economics and in 1946 he passed the entrance exam and began studying at the re-opened evening school. However he soon came under the influence of Professor Harold Laski and switched to the study of government. Laski supported Burgh in obtaining a Leverhulme Post-Intermediate Scholarship which allowing him to become a full time student.

Although the post-war campus was a little dingy the company at LSE was lively – many of the students were mature students and ex-servicemen or had been involved in war-related work. Fellow students included John Watkins, later Professor of Philosophy, who had left a naval career, the actor Ron Moody, formerly in the RAF and a little later the journalist Bernard Levin, who was to become a lifelong friend. Burgh became a member of The Seminar, a group of friends meeting weekly to discuss politics and society. LSE also had the advantage of being close to Covent Garden and opportunities to hear music. Burgh graduated in 1950 and was delighted to be elected president of the Students’ Union in 1949.

John Burgh began his civil service career at the Board of Trade in 1950. He became Private Parliamentary Secretary to Barbara Castle, working closely with her on the white paper on industrial relations “In Place of Strife”. The proposals faced strong opposition from trade unions and never came to fruition, a failure Burgh called the nadir of his civil service career. He then worked on the 1971 Conservative Industrial Relations Act. After a short secondment as Deputy Chairman to the Community Relations Commission Burgh returned to the civil service as Deputy Secretary in charge of the Central Policy Review Staff established to develop long term strategy and thinking across Departments. In 1974 he was selected by Shirley Williams, then Secretary of State for Prices and Consumer Protection, to be her Deputy Permanent Secretary respecting his reputation as “a byword for integrity”.

In 1980 Burgh left the civil service becoming Director General of the British Council leading the Council through a difficult period of budget cuts and low morale. He was known for his visibility and support for staff across the organisation. In 1982 he became a Knight Commander of the Order of St Michael and St George and in 1984 he was invited onto Desert Island Discs with the Second Act of the Marriage of Figaro as his final choice alongside the Encyclopaedia Britannica and a transistor radio.

However Burgh’s idea of public service went far beyond his employment and his interest in music led him to serve as Secretary to the Opera Committee at the Royal Opera House and Chair of the Exam Setting Association Board of the Royal College of Music. At LSE Burgh served as a Governor from 1980-2004 and was chair of the Library Panel for several years. In 1985 he became Chairman of the Court of Governors, a year after the arrival of I G Patel as Director. It was a testing time for universities with budgets and the future of academic tenure under discussion and Burgh’s expert knowledge of government and the civil service was a great boon to LSE.

Unfortunately Burgh’s appointment as President of Trinity College, Oxford created a conflict of interest and he had to resign as Chairman though he continued as a Governor. Burgh continued to be a presence around the School chairing public events and heading the judging panel of the Bernard Levin award for aspiring journalists. 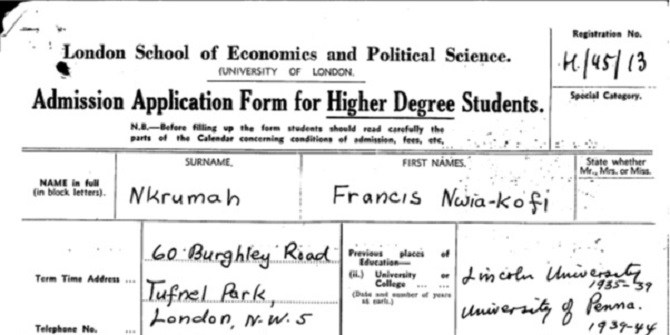