LSE on the big and the small screen

LSE on the big and the small screen

From Jim Hacker to Shen Xiaoyi and even a starring role for the Shaw Library, Sue Donnelly explores LSE on screen.

Sir Mark Spencer, special advisor to the Prime Minister: [intending to dupe Hacker into taking a thankless job] But Sir Humphrey Appleby is bound to tell Hacker he’d be crazy to take it on.

Sir Arnold Robinson, Cabinet Secretary: Yes. ‘Timeo Danaos et dona ferentes’, I can hear him say. ‘Beware of Greeks bearing gifts’, roughly translated. Though Humphrey would have put it in English for Hacker’s benefit. Hacker went to the LSE, you know.

Sir Mark Spencer: So did I.

In 1980 Jim Hacker entered British public life as Minister for Administrative Affairs and for the next four years the public laughed at his skirmishes with his Permanent Secretary, Sir Humphrey Appleby. In 1986 Jim became Prime Minister while Sir Humphrey became Cabinet Secretary and their battles continued. The fun revolved around the conflict between Hacker’s pursuit of policies to secure his re-election and promotion to higher office and Sir Humphrey’s conviction that what is best for the Civil Service is best for the country.

The gulf between them is marked by their different educations – Sir Humphry attended Winchester College and has a first from Baillie College, Oxford while Jim has an LSE degree – and a third at that! As the battle progressed Jim Hacker was able to learn from Sir Humphrey and to win the occasional victory. Over eight years and 39 episodes, written by Anthony Jay and Jonathan Lynn, Yes Minister and Yes Prime Minister had an enormous influence on the general public’s view of government and politics – the endless battle between politicians and the civil service became a truism of British public life.

A slightly earlier LSE graduate appears in season three episode six of the US series, Mad Men. Guy Mackendrick of London advertising agency Putnam Powell and Lowe is earmarked to take over Sterling Cooper in New York. A graduate of Oxford and LSE his success is short lived as he is run over by the secretary, Lois Sadler, driving a ride-on lawn mower at the office party.  Although his life is saved by Joan Harris’s first aid skills Guy ends up in hospital rather than taking over the agency.

In the 2014 action spy thriller Shadow Recruit, the young Jack Ryan, based on a Tom Clancy character, proves his academic credentials by walking out of the Old Building as he graduates from the London School of Economics before injuring his spine being shot down in Afghanistan. Sadly the rest of the plot doesn’t have much bearing on Ryan’s LSE studies.

Some LSE alumni get further than others. In the hugely successful Stargate SG-1 , which ran to 214 episodes and 10 seasons, a recurring character is Shen Xiaoyi, played by actress Tamlyn Tomita. Xiaoyi is a Chinese delegate to the International Oversight Advisory established to oversee the Stargate programme. A graduate of Beijing Foreign Studies University and LSE she travels off world to the gamma site research facility. Obviously LSE alumni go far.

There is a different starring role for the Shaw Library in the 1968 film The Committee written by CPNSS Research Associate Max Steuer and directed by Australian Peter Sykes.  This British black and white independent film starred Peter Jones, of the band Manfred Mann, in the unnamed lead role. The film soundtrack is by Pink Floyd but the Shaw Library hosts a performance by The Crazy World of Arthur Brown, complete with flaming helmet and portrait of Beatrice and Sidney Webb. It looks as though staff and students were roped in as extras and it would be great to hear from anybody who was involved.

But back to politics and my personal favourite – The West Wing, which ran from 1999-2006. The West Wing focussed on the ups and downs of Democratic administration of Josiah (Jed) Bartlet and his staff. Bartlet’s life and character echoes that of an earlier President, J F Kennedy – both are Catholic, both are New England Democrats and both hide a serious illness. More importantly both have an LSE connection – but while JFK famously signed up for a year’s general course and then left due to illness – Bartlet completed a Masters and PhD at LSE before becoming one of our Nobel Laureates. There is some suggestion that he studied at LSE from 1964-1970 so he must have had an interesting time. It is good to know that the most popular Democratic President of recent years is a LSE alumnus – even if he is fictional.

It would be good to know of any other fictional LSE alumni on the screen.

This post has been written to tie in with annual Literary Festival. 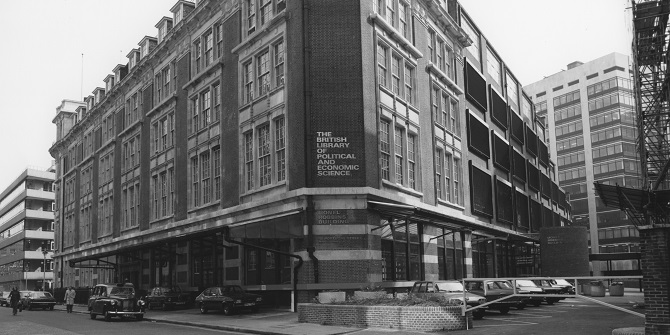