LSE Library receives many enquiries from people who want to find out more about members of their family who were involved in the suffrage movement. Gillian Murphy looks at some of the resources available at LSE Library which might reveal information about a long-lost relative. 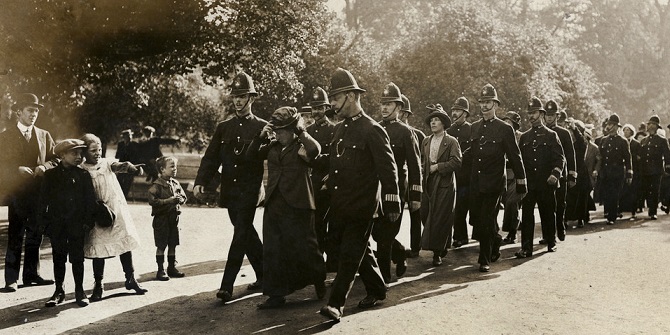 The Women’s Library grew out of the work of London Society for Women’s Suffrage which was founded in 1867. The suffrage campaign was a very long campaign, beginning in 1866 with the presentation of the first mass women’s suffrage petition to Parliament, reaching a milestone in 1918 with the Representation of the People Act and ending in 1928 with the Equal Franchise Act when women were granted equal voting rights with men. By the 1920s the London Society had accumulated a tremendous amount of suffrage literature and it was decided that the collection should be managed on proper principles. In 1926 a library was founded called the Women’s Service Library, which was subsequently renamed the Fawcett Library in 1957 and the Women’s Library in 2002. LSE Library became custodians of the Women’s Library collection in 2013.

So where do you start with a name and the broad topic of suffrage? 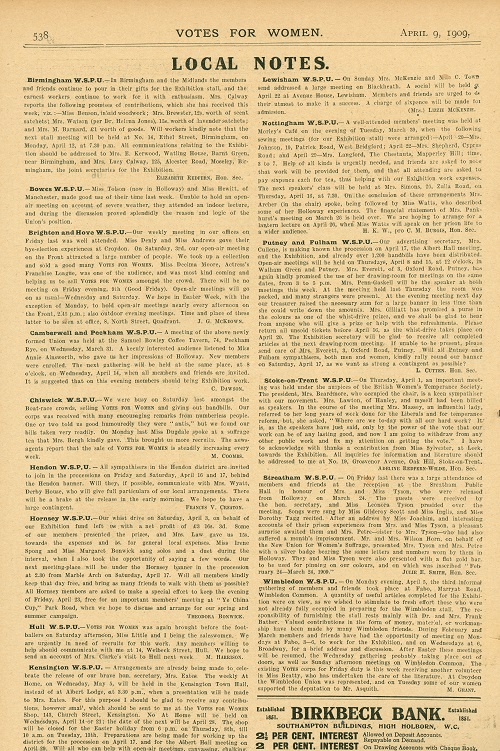 Elizabeth Crawford’s The Women’s Suffrage Movement. A reference guide 1866-1928 is an excellent starting point on any topic relating to suffrage. Its A-Z list of biographies of people and administrative histories of organisations involved in the suffrage movement are invaluable. There are also entries on suffrage jewellery and badges, newspapers and journals and suffrage clubs, for example. All entries are based on archival sources. Elizabeth Crawford’s companion volume, The Women’s Suffrage Movement in Britain and Ireland: a regional survey, provides a geographical dimension to the suffrage campaign at a local level. The Suffrage Annual and Women’s Who’s Who 1913 is another good reference work.

Suffrage newspapers are a rich source of information: listing names of subscribers to the newspaper (a good way of identifying suffrage supporters who weren’t necessarily high profile campaigners), giving news of events, articles from members, notices of meetings, both national and local, updates about other suffrage societies e.g. Artists’ Suffrage League, conference reports, suffrage news from abroad, letters to the editor, reviews and advertisements. Particularly useful sections for gleaning suffrage activity in the regions are the ‘Forthcoming meetings’ and ‘Federation Notes’ sections.

Lilias Ashworth Hallett, a signatory of the 1866 women’s suffrage petition and committee member of the Bristol and West of England Society in 1867, wrote a letter to the Bursar of Girton College in 1903. Lilias recommended that annual reports of the early suffrage societies should be bound because ‘they have lists of all the early workers and early subscriptions and I believe that these will be of lasting interest.’ (Crawford, A Reference Guide, p 261. Girton College Archives ref GCAC 4/6/3/3]). 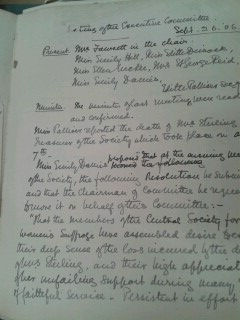 Find out about Suffrage 18 and join in with #LSEsuffrage18