On 3 December 2014, a group of experts including operators large private rented sector (PRS) developments, academics and representatives of landlords, real estate consultancies and NGOs met at the LSE for a workshop on maintaining and increasing the supply of PRS housing in London. The following blog post summarises the key themes that emerged from the workshop:

Maintaining and increasing the supply of private rented housing in London

The UK’s capital city is also the capital of private renting. Some 25% of London households rent privately, compared to 14% in the country outside London. In eight boroughs, including several in outer London, more than 30% of households live in the PRS. And the combination of soaring house prices and tighter conditions on mortgage lending means that many private tenants, including families with children, won’t be able to buy their own homes anytime soon—or perhaps ever. London needs more new housing in all tenures, but particularly private rented housing given the sector’s key role in the capital’s housing market.

Policy makers, recognising this, have put in place a number of initiatives to increase the supply of private rented housing at scale. However it’s not enough just to build new PRS housing.   Private dwellings can move seamlessly in and out of the rental sector (in this country, not everywhere), so it’s also important to look at how to keep existing housing in the sector.

To discuss these challenges we hosted a workshop on 3 December. Our goal was to try to identify the barriers to increased investment in rented housing (whether entire dedicated buildings or PRS-appropriate units) and think about how to keep existing supply. Participants included operators of some of London’s existing PRS developments, as well as academics and representatives of landlords, real estate consultancies and NGOs.

The LSE London team listed a number of barriers to large-scale investment in the PRS. These included:

These barriers were identified in the course of research last year in the Scottish context. Do they apply equally in London?   Are there other important issues? And what policies or practices need to change?

Participants agreed that most of these barriers did apply in London to some degree. The main exception was development finance—this was no longer much of an issue and in fact now is ‘the best opportunity we’ve ever had,’ according to one expert; another said there is ‘plenty of money on the sidelines, but people just aren’t sure they can spend it’. Management skills were a concern, but there was interest in for example the Unite student housing model, which demonstrates that large-scale purpose-built developments can be well managed. Viability is an issue in London, partly because developers are confident they can sell new-build in foreign markets.

Overall, London was seen to be different from the rest of the country because of the potential for long-term capital growth. Participants cautioned, though, against generalising too much—yields and market conditions differ enormously between boroughs or even neighbourhoods.

There are already a few large-scale PRS schemes operating in London, having bought entire new-build blocks. In these cases, the difficult bit was amassing a big enough portfolio to achieve economies of scale on the management and maintenance. Once the developments are populated the biggest challenge for operators is ‘making it a great place to live’ by organising events and building community. Experts largely agreed that it is too early to think about strong branding; it was more important to address the uneven standards across the sector. Accreditation schemes could play a role here. Even in the States, where private renting is more prevalent than in the UK, there are few established PRS brands.

Given that families are staying longer in the sector, there has been much discussion about the desirability of tenancies longer than the standard 6- to 12-month AST. The PRS operators had experimented with offering tenancies lasting up to five years, but found that many tenants said they preferred shorter, more flexible leases.

The government seems to want the PRS to house a range of incomes—is this realistic? Tenants in larger schemes tended to be relatively well-paid professionals; it wasn’t a solution for low-income households. Some participants felt strongly that the greatest need was for relatively low-rent accommodation, and that this type of institutional PRS did not supply it. This explained local authorities’ dilemma about how to deal with planning applications for PRS blocks. Local authorities wanted more housing but preferred it to be affordable—and weren’t in general willing to let developers use PRS to fulfil s106 requirements. Local authorities need to be convinced that an increase in new PRS will improve their housing stock. In future, welfare reform will definitely have an impact on the ability of low-income households to access the PRS in many areas of London.

But there are reasons to be positive: land in London is not controlled by big builders, so there may be more available for PRS developments—especially if big sites are parcelled. One idea might be for public landowners to maintain a degree of control over developments by retaining an equity stake or keeping the freehold. Also, including PRS can mean that big developments (say, more than 200 units) are built out quicker, as institutions can buy early and provide cash flow. At the end of the day, though, participants agreed that the PRS alone can’t solve London’s housing problems. 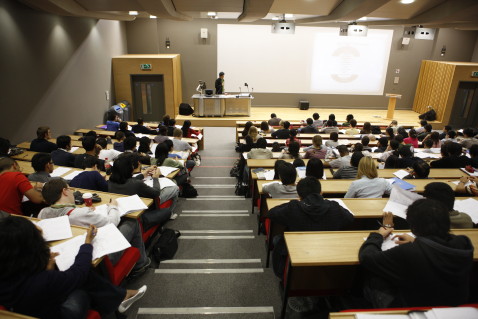