Generation rent is on the rise in London. According to the English Housing Survey, over a million households rented privately in the capital last year, and the proportion of London households in the private rented sector (PRS) has grown from around 14% in 2003-2004 to almost a third 10 years later. By historic standards, this may not actually be that large[1], but the share of renters is projected to grow (Theseira 2013). Because of this, any discussion about London’s housing supply crisis must include a consideration of how to increase the supply and improve the conditions of private rented accommodation.

Much of the recent growth of the PRS in the UK is the result of the relaxation of rent regulations and the introduction of buy-to-let mortgages in the 1990s (Theseira 2013; Scanlon et al. 2013); as the sector is dominated by individual landlords who entered the market through buy-to-let, growth in private renting has come about mainly through transfer of dwellings from owner occupation rather than new construction. The project Housing in London: Addressing the Supply Crisis has thus focused on how to substantially increase PRS supply as one of its four key themes.

Recent LSE London research on the rented sector in Scotland (Scanlon et al. 2013) and lessons that emerged from a workshop and site visit on this theme suggest that leveraging in institutional investment in the PRS may be one significant way to generate new supply. It also has the potential to improve management standards and diversify the current PRS offer, which will prove increasingly important as the sector is called upon to house more families and a wider age range of tenants. Some barriers exist which may discourage institutional investment, and thus far there are few examples of this kind of new supply (Get Living London’s East Village and Fizzy Living are two London examples). But in both the London and Scottish context, increasing governmental support for large scale ‘build-to-rent’ and growing institutional appetite for long-term rental returns seem encouraging.

But increasing supply only addresses one side of the issue. To truly improve the sector requires a consideration of tenants’ experiences and perceptions of the current rental offer. For example, Scanlon et al (2014) concluded in a comparative analysis of private renting families in London, Berlin, New York and the Randstad that these tenants desire accessible neighbourhoods, tenure security, and reasonable—predictable—prices. Forthcoming research by LSE London on housing options for young professional Londoners also indicates that this group—which itself is very diverse—in general would benefit from more options, flexibility, security and certain amenities. Meeting these needs in a growing sector will require innovation and culture change alongside new construction. Innovation here should seek to address the areas where the current PRS offer is falling short.

PRS Profiles is our way of beginning to explore the reality of tenant experiences. We believe that this will contribute to a more informed discussion of what new PRS provision needs to include.

The aim of this project was to capture tenant experiences and opinions in a candid, honest format. By interviewing renters in their own homes[2], we were able to present a richer picture of how London tenants live, what their day-to-day experiences are, and how they perceive their housing situation in terms of their identity, the impact it has on other areas of their lives, and longer-term mobility. Interviewees were asked the same questions but were encouraged to guide the conversation, allowing us to capture their frank opinions.

We interviewed a range of individuals in terms of location, property type, age, household structure, and demographics (Table 1). The participants were chosen using a snowballing technique, with researchers approaching members of their own social and professional networks who rent privately. Consequently, the sample is not representative of the full diversity of London’s renting population, but it does hint at some common themes. It should be seen as a pilot exercise leading to an eventual larger project.

Despite the varied experiences and profiles of the individuals, several key themes emerged. These vignettes illustrate six of them: finding PRS housing; relationships with landlords and agents; compromise; poor conditions; a lack of alternatives; and insecurity. It is important to note that although we have chosen a single profile to illustrate each theme, the individual stories are not intended to be wholly representative of the experiences of renters across London.

Laura and Theo described the complex and stressful process of finding PRS accommodation in London. In only 2 ½ years the couple have lived in four different flats, and they feel that the relocation process is fraught with misinformation, lack of clarity, and time pressure. They said they felt manipulated and deceived both by professional agents and unprofessional landlords – sentiments echoed by our other interviewees. Most of our interviewees expressed satisfaction with their current homes but said this was more down to luck than to design, as flat-hunting in London requires not only time, energy and money but also good fortune.

Wheeling and dealing with landlords and agents

Our interviewees rented their property from a variety of different types of landlords. Some had worked with agents while others dealt directly with the property owners. They expressed both pros and cons about these various arrangements—at times having a personal relationship with a landlord is an advantage, but unprofessionalism has resulted in some interviewees being asked to carry out (and at times pay for) tasks that should fall under the landlord’s remit. Because of the hot rental market, there is an increasing role for letting and managing agents in the PRS, and by and large our interviewees felt fees for holding properties, renewing tenancies, checking references and other such services were too high. Nevertheless, they felt they had no choice but to pay them if they wanted to secure a quality unit or remain in their home.

The necessity of compromise

As Sara’s story illustrates, London renters increasingly have to compromise in order to continue renting in the city at a price they can afford. Some sacrifice space, others privacy, others commute long distances whilst an increasing large unlucky group must accept substandard conditions. Compromise, for all of our interviewees, is a defining feature of the rental experience in London.

Landlord licensing/registering is not mandatory across London and research shows that standards in London are uneven (Theseira 2013). Malgosia feels that it is assumed that low-income families have to put up with poor conditions. She said neither of her landlords had adequately maintained their properties. Not all of our interviewees struggled with poor conditions, but said standards in London’s PRS in general were low—as Laura put it, ‘if it’s cheap, it’s because it’s bad.’

A lack of alternatives

Some of our interviewees actively preferred to live in the PRS, but others like Adele and Sita said they would like to try living in an alternative tenure but felt they were limited to the standard private rental offer. While some saw the flexibility of the PRS as an advantage, others wished they could make a bigger investment in their home or their area even if home ownership were not an option. In the standard model of PRS, though, this did not seem to be possible.

The standard private rental tenancy in London is between six and twelve months (Scanlon et al 2014), and almost all of our interviewees expressed anxiety about the stability of their rental situation. Rolling contracts are very common, and as Farah and Eric explain, there is often a choice between renewing a longer-term arrangement and avoiding a rent increase. The unpredictability and instability of renting is a cause of significant ‘stress’ and ‘anxiety’ in the words of the interviewees.

Farah and Eric also conveyed a message echoed across most of the interviews: they see the increasing pressure on the PRS and problems of standards, regulation and affordability as an issue of equality. The PRS now houses more and more types of households, including those who cannot afford owner-occupation but also those unable to get into social housing. Spiralling rents are likely to affect lower-income groups more quickly and more significantly; the interviewees therefore expressed dissatisfaction with the sector not only because of their personal situations but because of its wider social implications as well.

The intent of PRS Profiles was to learn more about tenant experiences in London in order to better inform our recommendations for how to improve private renting. In summary, the interviews have shown that:

[2]One interviewee, Malgosia, was interviewed away from home.

[3] Source for all rental data except for Stoke Newington (Sara): https://www.london.gov.uk/priorities/housing-land/renting-home/rents-map 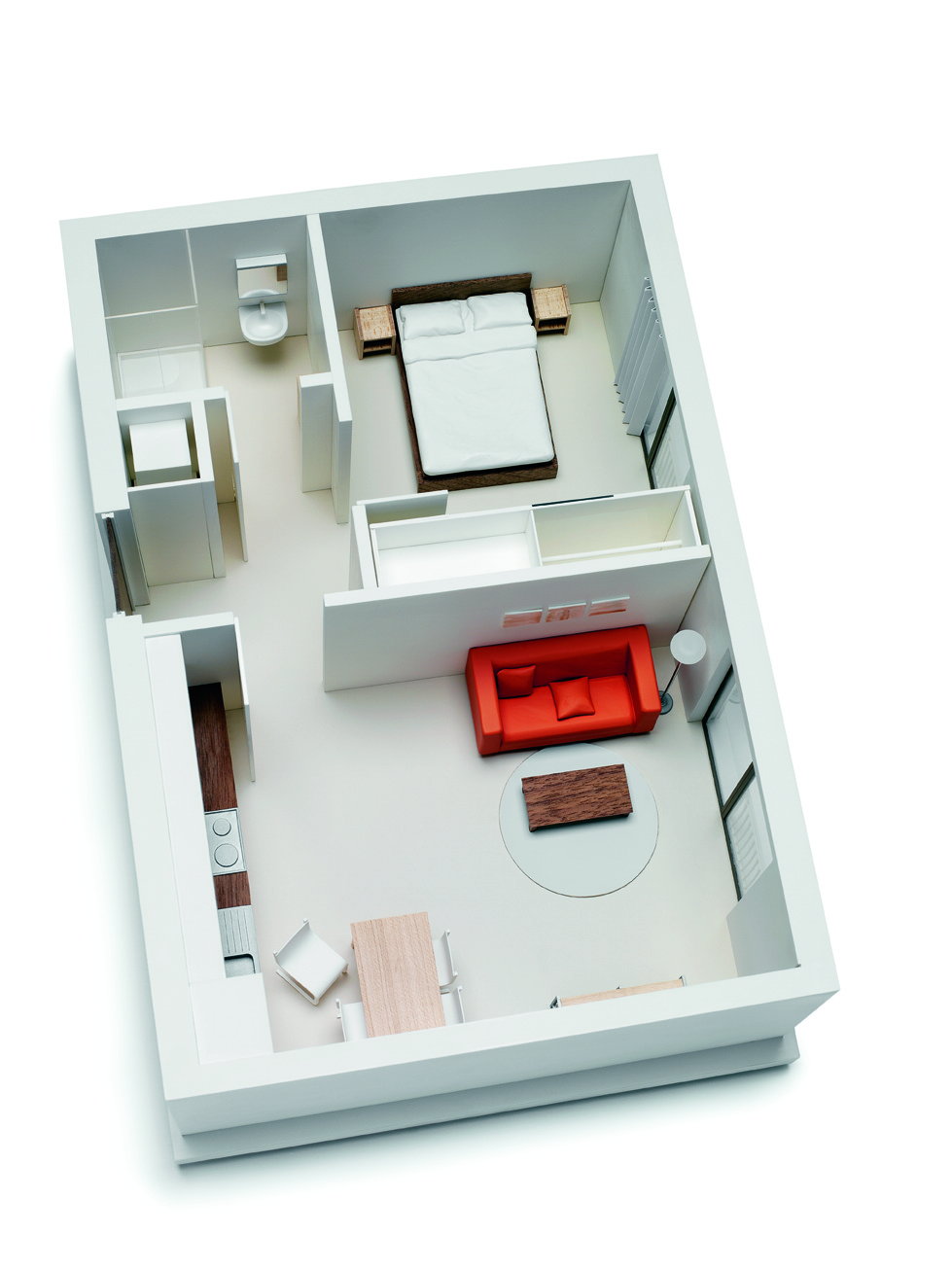 Why Pocket works: size may not matter when it comes to affordable housing 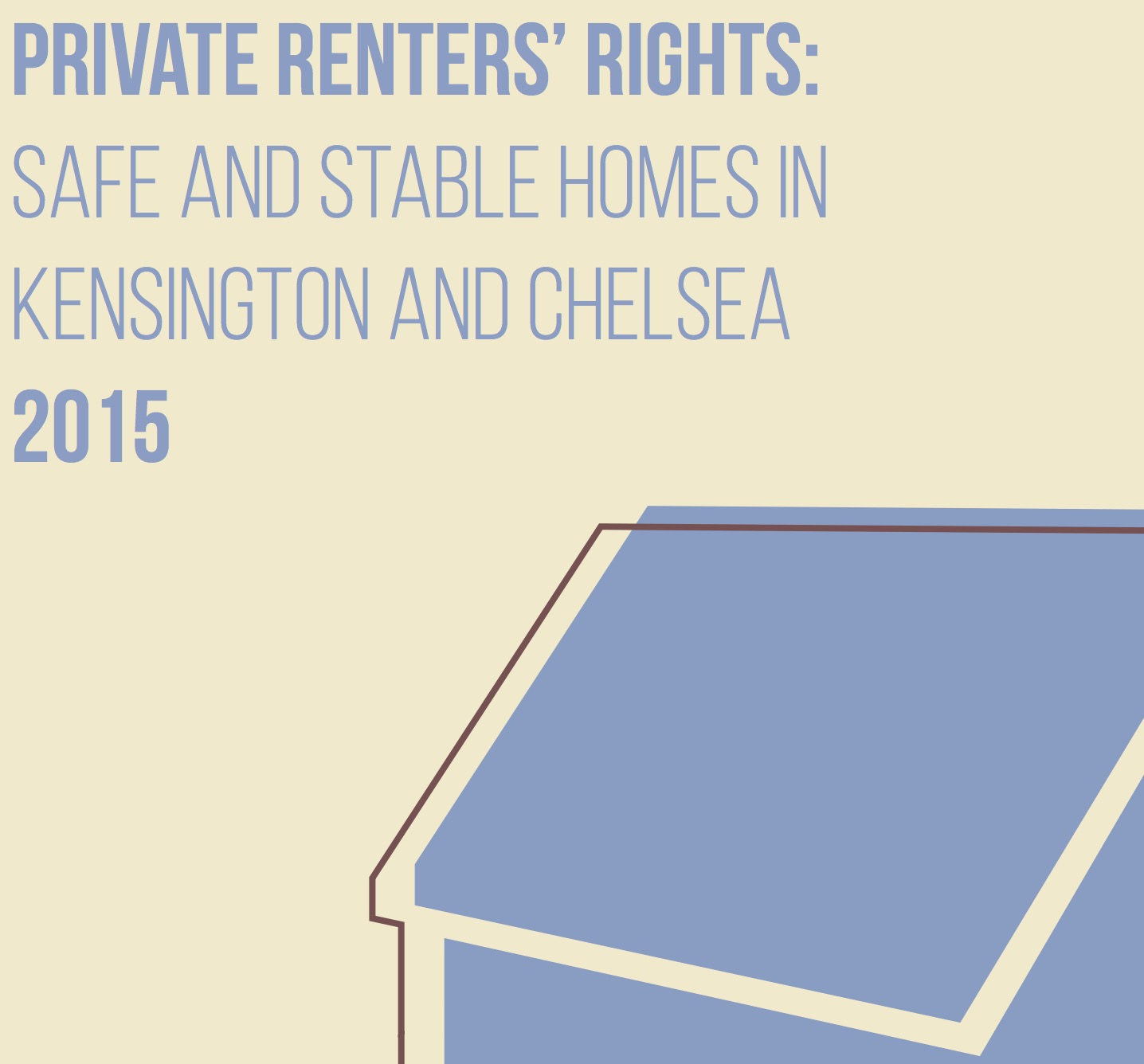 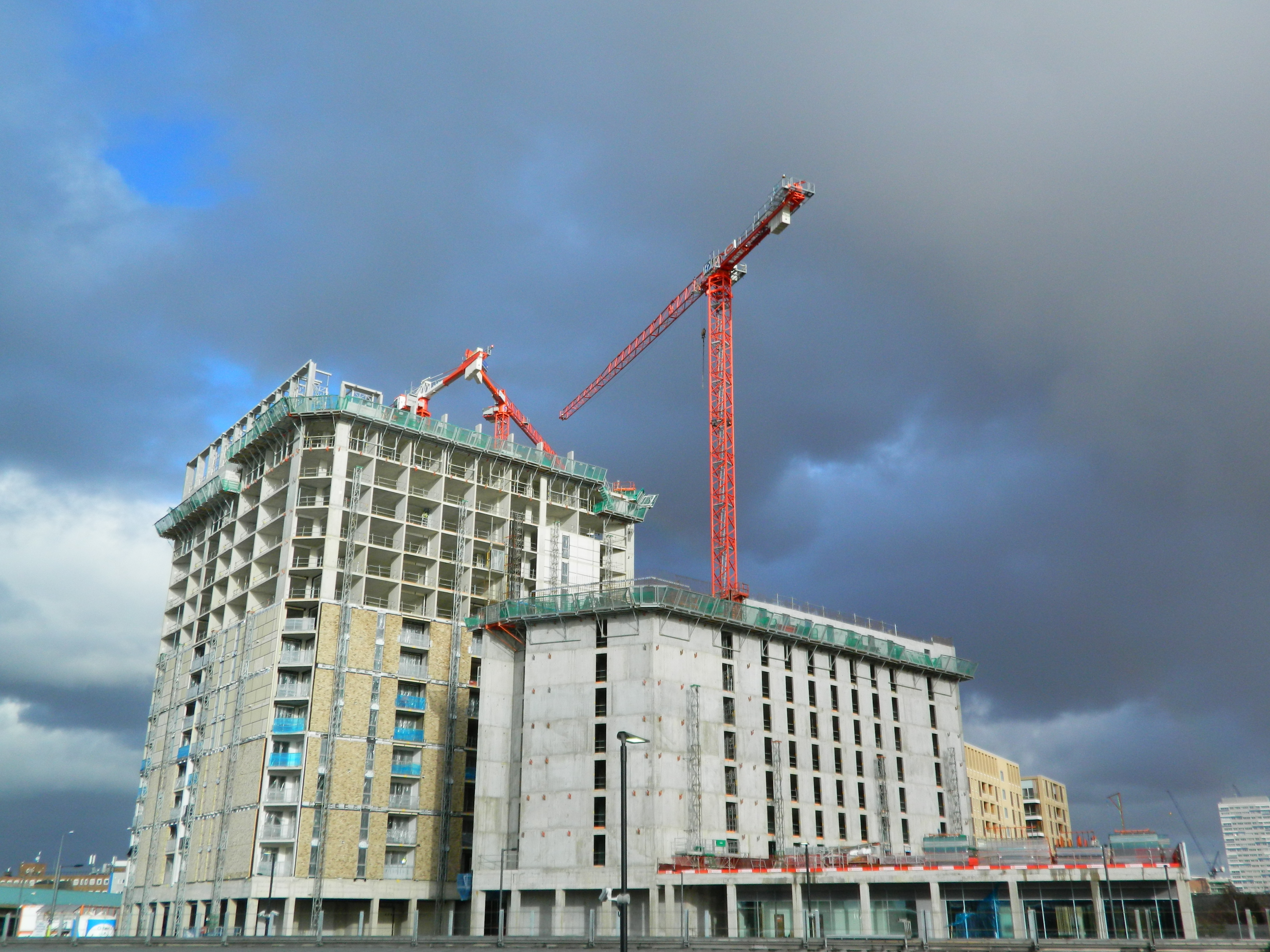 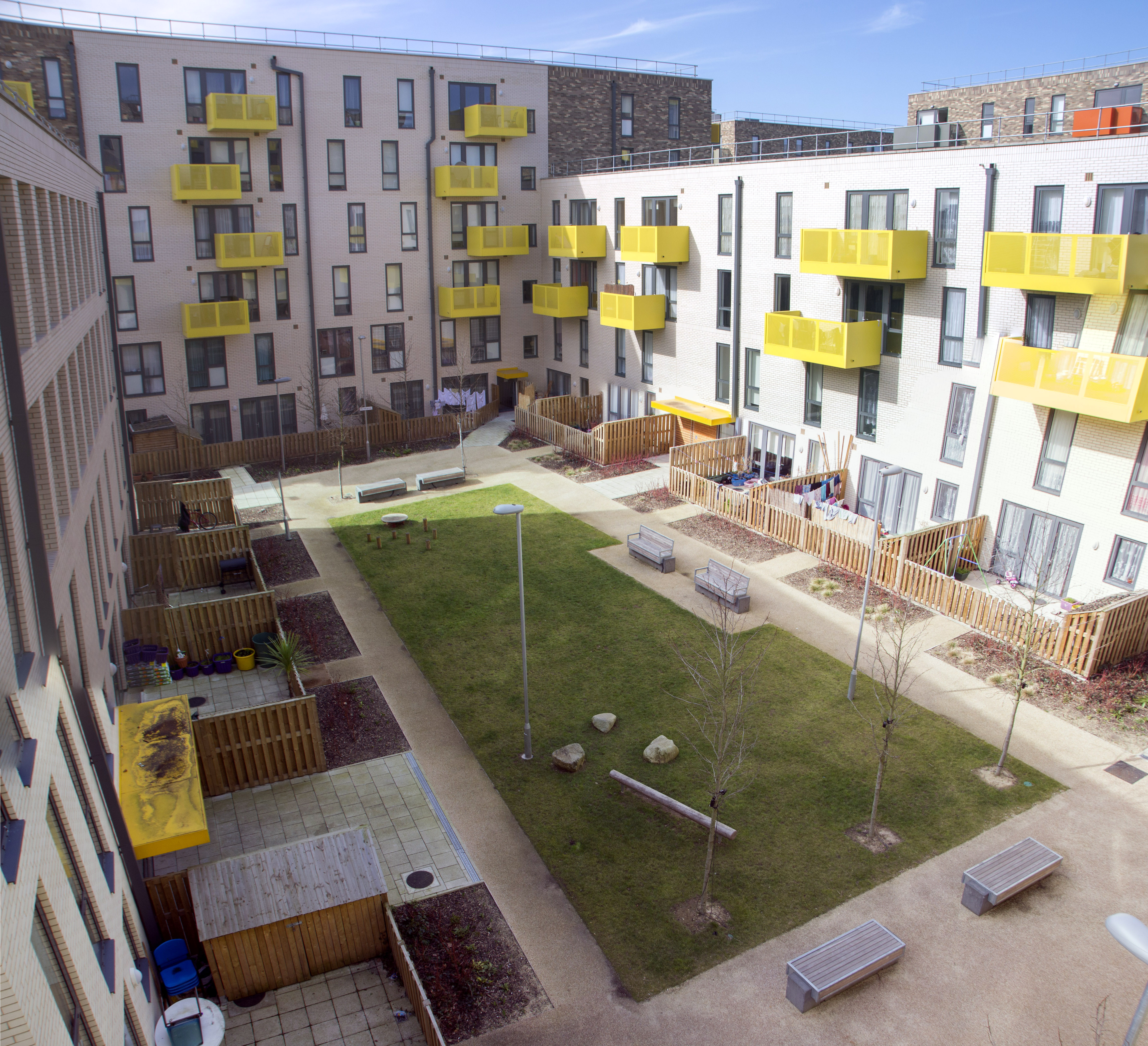 Fizzy and the ‘good landlord’ model