Childhood obesity has become a global health issue of epidemic proportions. In Globesity, Food Marketing and Family Lifestyles, Stephen Kline incorporates the underlying issue of how capitalist societies deal with lifestyle risks that citizens become exposed to in the free market economy. Reviewed by Philippine Reimpell.

This book review has been translated into Mandarin by Jessie Chan (Mandarin LN340, teacher Lijing Shi) as part of the LSE Reviews in Translation project, a collaboration between LSE Language Centre and LSE Review of Books. Please scroll down to read this translation or click here.

Stephen Kline’s latest book traces how the issue of obesity has moved onto the global political agenda to become a health issue of epidemic proportions. Over the last decade childhood obesity has been a daily staple of the media world, and Kline charts the resulting moral panic and discussions over blame and responsibility. As the issue became ever more salient the pressure on governments to act has been further fuelled by research reports and prophecies of ballooning health care costs associated with a failure to curb such an epidemic. Kline argues that this linkage of health issues and economic consequences finally put obesity on the policy map, and is visible in actions like the 5-A-Day and the Change-4-Life campaign in the UK.

Kline, Professor of Communication at Simon Fraser University in Canada, incorporates the underlying issue of how capitalist societies deal with lifestyle risks that citizens become exposed to in the free market economy. The differences arise due to varying ideological perspectives on the accountability of the state. Kline illustrates how obesity has been addressed in the United States with its strong protection of commercial free speech: in lawsuits against the food and advertisement industry, any accusations were quickly refuted as matters of free choice and individual responsibility. Conversely, in the United Kingdom where public health has a long tradition, the effects of advertising were taken more seriously and resulted in a ban of junk food advertising during children’s programmes.

Once children moved onto the agenda, the effects of food and advertising had to be re-examined in a new light, resulting in a deluge of studies with varying conclusions. Kline claims that the evoked image of the “vulnerable child consumer” poses a profound challenge to neo-liberalism, which views consumers as literate and able to make their own choices without government intervention. This turn also invoked discussions over the responsibility of parents for their children’s expanding waistlines. 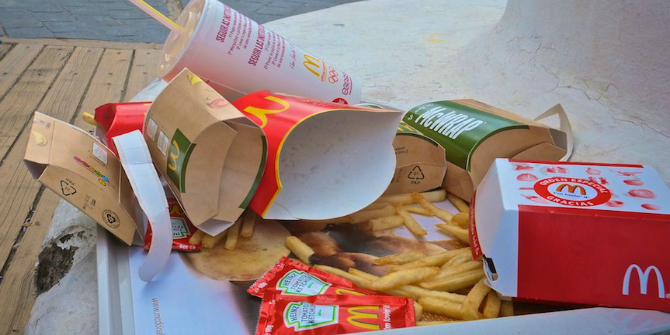 The book moves on to the effect of different parenting styles. This shifts the focus from actual consumption towards the social implication of rising materialism in childrearing and child consumer empowerment and evolves into a critique of different styles of parenting in dealing with this contemporary problem. Kline indirectly highlights the irony that, in an attempt to counter the effects of advertising, parents need to teach their children to become sceptical navigators of the marketplace. To do this, parents often revert to snacks and television as rewards and punishments, which may in fact glamorize the core elements of the obesogenic lifestyle.

Kline certainly brings a number of interesting issues to our attention, most prominently the failure to classify obesity as a societal problem rather than a medical one. But sadly many interesting issues are only mentioned in passing: most notably the contextual difference that arises due to Britain’s history of public outrage over GMOs, BSE and foot and mouth disease that ties obesity more closely to industrial food production which is not the case in the United States.

In light of the finding that the effects of television and junk food are highly dependent on other characteristics of the child it is a shame that more politically sensitive aspects remain unaddressed. Substantial issues such as poverty, family structure and overarching societal trends are left unexamined. Genetic factors aside, perhaps if we stop regarding obesity as a result of moral failure we will dare to investigate its true causes in our societies. Until then we are left with the rather unsatisfying conclusion, that whether a lifestyle aspect causes obesity or not … well, depends. Thus, it seems that decades of research have roughly taught us that obesity is the result of eating more than we should; why we do this is a vastly more complicated question that will not be answered in this book.

This review was first published on the LSE British Politics and Policy blog on 27th February 2011.

Philippine Reimpell is currently working at the BBC World Service Trust. Her work deals with the impact of community radio on governance in Sierra Leone, Angola and Tanzania. She previously worked as a research officer on the Sensitive Technologies and European Public Ethics project in the Methodology Institute at LSE. She has degrees in molecular biology, global politics and quantitative research methods for political science (the latter two from LSE). 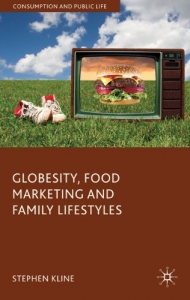 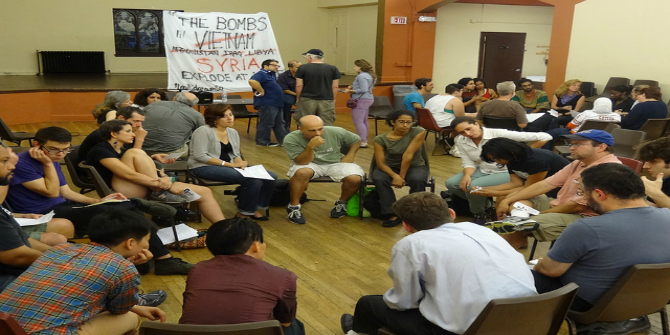