Faiz Sheikh is promised the ‘truth’ behind Iranian politics in Hooman Majd‘s recent book, but finds instead that his work is too concerned with berating politicians to give an unbiased analysis. 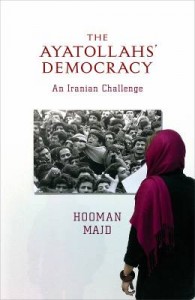 A work that aims to report on Iranian politics in a light that the Western media is purportedly unable or unwilling to do, Hooman Majd’s book has high ambitions from the outset in claiming to bring the ‘truth’ of Iran’s internal politics to the reader. Using the disputed Iranian elections of 2009 as its referent point the book can at times feel irrelevant over a year after the elections occurred. However, the timeliness of the book does not take away from the personal perspective Majd is able to bring to the inner workings of Iran. Such insight cannot be overstated given the continuing importance Iran and the Persian Gulf continues to play in UK foreign policy.

Part a work of journalism and part political analysis, Majd seems to be caught in two minds with this book. Reporting on the Iranian presidential election of 2009 in exciting pseudo-fiction prose the reader is treated to a tour-de-force “who’s who” in the Iranian political landscape. This almost dramatised documentary helps acquaint the reader with the inner workings of Iran through the lens of the 2009 presidential election. The reactions of various government and opposition actors to the disputed election of 2009 shed a light on their political and ideological leanings. Such reactions, especially those of Ahmadinejad’s opposition which the author has privileged access to, are reported in amazing personal detail.

The most intriguing offering is later in the book, regarding Iran’s Jewish community. An often misperceived minority in Iran, understandably so given the vehemently anti-Israel rhetoric from Ahmadinejad, the Jewish people in Iran are protected under the Iranian constitution. The fact the Iranian-Jewish community are not and were not subject to harassment even during the most intense episodes of the Arab-Israeli conflict goes to show, so Majd claims, that the community is seen as distinct from the Jewish state. It would seem Ahmadinejad’s anti-Israeli rhetoric is not tantamount to anti-Semitism in the eyes of Iranians.

While purporting to have access to the ‘truth’ of Iranian politics, Majd’s work is too partisan to be taken as ‘truth’. At one stage the author refers to “A-jad”, itself a snide nickname for the incumbent president, as a “closet queen” and later “a self-hating Jew”. While in themselves funny, taken in tandem with what can only be described as a torrent of similar remarks, it seems Majd takes inordinate pleasure in berating a politician he does not agree with.

Moreover, Majd from the outset emphasises the cultural specificity of the Iranian people and of their politics. This specificity requires us in the West to look to this Iranian born, Western educated author to bridge the gap to a mysterious land we cannot hope to interpret without guidance. However he does not argue explicitly as to the nature of this Iranian specificity. What is it about Iranians that we in the West do not understand? The power plays between political rivals presented in this book are not culturally specific; Machiavelli would doubtlessly recognise the machinations of Ayatollah Rafsajani and ex-president Khatemi without the need for cultural exception. The many references to “We in the West” betray the fact Majd is also interpreting events from a Western point of view. His criticism of the shortfalls of Islamic democracy, like much of his political analysis, centres on Western interpretation of political theory and concepts. This too is a form of bias which runs throughout the book.

The casual reader will take much from this book as it presents the complex workings of a very different style of government, one that the UK has few common reference points with, in a very engaging and readable way. While there are considerable flaws in the political conclusions of the book, it is worth reading through as the various anecdotes and conversations the author has with key elites within Iran are truly enlightening, though you will have to make your own conclusions as to what they reveal about the ‘true’ nature of Iranian politics.

This review was first published on the LSE British Politics and Policy blog on 27th March 2011.

Faiz Sheikh is a PhD student at the University of Leeds.