The UK’s housing shortage and the negative effects this brings for renters, mortgage-payers, and those in social housing is rarely out of the news, making Stuart Lowe‘s account of the current situation a relevant introduction to the topic. The Housing Debate is remarkably well-structured and digestible for a piece of academic work, writes Kerwin Datu, but it would have been wonderful if the author had found a way to include where we can go next. 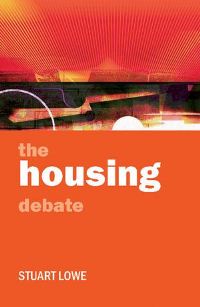 There are many big issues affecting UK housing today. The impact of the financial crisis on prices and mortgages, the ghettoisation of council estates, and the imbalance of home ownership and renting have all had immense press coverage over the last few years, and academics too have attempted to focus on the effects of housing shortages and urban redevelopment as the struggle for an answer continues. In previous years the capital’s housing shortage was also at the centre of the London Mayoral Election campaign, as candidates promised to address problems in the hope of winning votes.

This review was first published on the LSE British Politics and Policy blog on 18th March 2012.