How far have the Conservative Party really come with supporting gay rights and accepting the LGBT community? Michael McManus attempts to persuade us that being pro-gay rights is a natural stance for the Tories in this chronological take on the Party’s relationship with homosexual law since the nineteenth century. However, Emma Spruce finds that parts of the book sorely lack analytical material, and that gay people of colour and gay women are entirely absent, rendering the argument for an alliance of LGBTs and the Tories indefensibly incomplete. 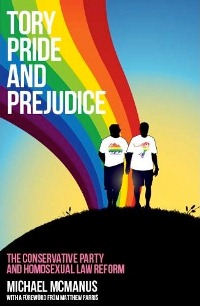 With the Conservative Party back in government it is fitting that we question how far, and by what means, the Tories have left the infamous Section 28 behind and come to occupy an, at least partially, reformed ‘pro-gay rights’ stance. In his rainbow-adorned book, Tory Pride and Prejudice: The Conservative Party and Homosexual Law Reform, Michael McManus tries to convince readers that this is “a story with a happy ending”. Unfortunately, McManus’ party affiliation as a Tory faithful leads him to a conclusion which this reviewer feels would not be shared by many others in the LGBT community.

In this book the author presents a narrative of progress for the Conservatives; a self-evident journey from intolerance to acceptance which is invoked as the natural position of a party built around libertarian principles. However, meaningful acceptance on a Party level is far from the automatic conclusion following a reading of this text which lacks a coherent set of materials or means of analysis, especially evident in the treatment of developments during the past decade.

Over sixteen chapters McManus traces the attitudes and behaviour of both the Conservative ‘party line’ and individual Tory MP’s and Peers in relation to ‘gay issues’. The author begins his story in the late Nineteenth Century and works his way up to the early days of the current Coalition Government. The chronological organisation of the book allows the author to show that there has never been a uniform attitude towards homosexuality held by all members of the Tory party whilst demonstrating that in terms of Party endorsed rhetoric they have ‘come a long way’.

Initially the tone of this book is gossipy and relies heavily on anecdotes and quoted speech, but this tails off throughout as increasingly ‘PR aware’ politics, along with shifting public attitudes, prevent such inappropriate outpourings. The latter section of the book, therefore, makes heavy use of voting patterns on gay issues brought to the Commons and the Lords, interspersed with contemporary explanations of why individuals supported laws, now understood as homophobic, or opposed measures designed to promote equality.

Although sorely lacking analytical or contextual material the first eight chapters nevertheless make for very enjoyable reading. The distance of time allow highly offensive quotes and bizarre motions to seem harmlessly outdated, and are more likely to result in wry smiles and raised eyebrows than concern. This material works well to illustrate the huge shift in public attitudes and understanding of homosexuality that has occurred in the past century.

The more recent material is much dryer, however, and the emotional resonance is lost. Those without an pre-existing knowledge of Conservative Party politicians in the 8o’s and 90’s  will find it difficult to engage with this section, which is muddled in its organisation and lacking in anything other than a rather facile description of ‘who voted for what’. The partisan nature of the author is also particularly evident in this section where at times it feels as though McManus is spear heading a PR campaign to make us believe that the majority of the Conservative Party had good intentions all along and were merely forced into a negative position by Labour’s support of gay rights and the resulting ‘politicised’ nature of the debate.

Indeed, Section 28, the notorious legislation which banned the “promotion” of homosexuality in schools and perhaps the most infamous example of Tory anti-gay policy, and the more recent alignment of the Conservatives with vocally anti-gay Parties in Europe, are both accounted for with claims to naivety regarding the harmful effects of these approaches, and inevitability given what is presented as Labours refusal to ‘allow’ gay rights to be non-partisan. Neither of these explanations is very convincing.

Without the myopic focus on a privileged gay individual, the argument in this book would be even less concrete. McManus seems unaware that he almost exclusively talks about middle class white male conceptions of homosexuality, perhaps presuming that the lack of explicit reference to lesbians or trans people in the law allows their experience to be either invisible or accounted for by his text. Any recognition that gay people of colour, or gay women, might have a more complex positioning in terms of Tory policy, are entirely absent, rendering the argument for an alliance of LGBTs and the Tories indefensibly incomplete.

As well as the partiality of his view, McManus seems overly willing to give those who have not stood up for gay rights the benefit of the doubt. This reviewer feels that his use of individual pronouncements conflates the humanity expressed towards gay individuals with a political view on homosexuality. This is a familiar experience for those of us in the LGBT community who are often told that we are palatable as an exception, rather than a rule.

So, the men on the front cover may well be at the ‘end of the rainbow’, but the shortfalls of the book indicate that a different story is really in play. Until the Conservative Party MPs and Peers realise that it is not a case of ‘love the sinner and hate the sin’, but in fact an absence of sin altogether, we would be unwise to view the recent Tory positioning as anything other than politics as usual.

This review was first published on the LSE British Politics and Policy blog on 8th April 2012.

Emma Spruce is a PhD candidate at LSE’s Gender Institute. Her research focuses on the experience of proximity and the generative potential of the encounter for ‘women desiring women’ in Brixton, UK and Oakland, USA. She has contributed to the LSE Engenderings Blog and Feminist Review and previously undertook undergraduate study in Political Science at Sciences-Po, Paris and The University of Sheffield, as well as teaching at Versailles University, France. Read more reviews by Emma. 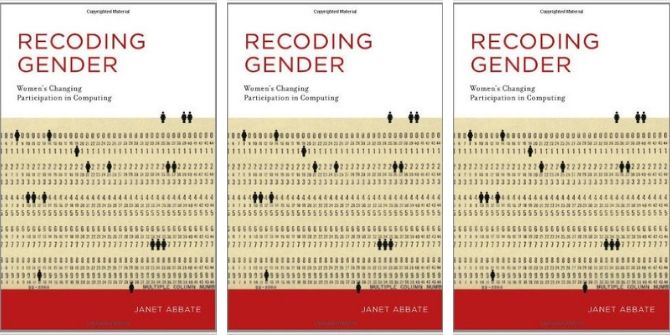