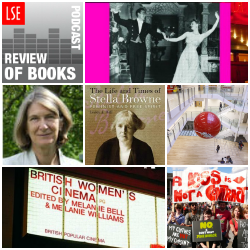 Senior archivist at the Wellcome Library, Lesley Hall, talks to us about her book on the early 20th century reproductive rights campaigner Stella Browne and how her activism influences today’s feminist movements. Melanie Williams, Lecturer in Film and Television Studies at the University of East Anglia, tells us how film and gender studies make natural companions. We also hear from LSE Centennial Professor Mary Evans on the books that inspired her into social theory and gender studies and why Scandinavian crime novels make for an exciting escape from the quiet academic life.

LSERB Podcast Interactive: Searching for the visible and invisible in London’s Chinatown

LSE Review of Books Podcast: The books that inspired Stuart Corbridge: “Edward Said’s Orientalism made a huge impression on geographers”