Episode 3: Marxism and the Left 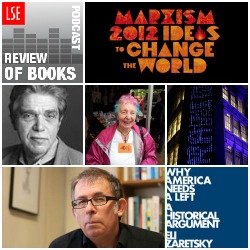 In this special episode we visit the Marxism 2012 Festival in London’s Bloomsbury to hear the latest from Marxist thinkers and activists. Professor of European Studies at King’s College London, Alex Callinicos, speaks about austerity and how Karl Marx’s theories have found increasing relevance in today’s recession-weary world. We then take a look at the leftist movements across the Atlantic with Eli Zaretsky, Professor of History at The New School for Social Research in New York. He talks to us about his latest book Why America Needs a Left, the rise of the Tea Party and how President Obama failed his left-leaning supporters.