The question of how a policy is made or why things simply stay the same in politics has long occupied the minds of political observers. This book explores the way in which very particular political actors made a difference to policy and politics. The analytical focus is on think-tanks: hybrid creatures which exist somewhere in the spaces between government, business and academia. Based on over 50 interviews with policy-makers, civil servants, analysts from think-tanks and party politicians, this book is an up-to-date overview of both countries’ think-tank landscapes, finds Liz Carolan.

A hardback tome dedicated to the study of think tanks sounds a little bit like the proverbial navel having a long hard think about the meaning of being gazed upon. But Hartwig Pautz crams a host of interesting insights on the complex web of relationship between ideas, politics and Government into his Think-Tanks, Social Democracy and Social Policy.

The 200-plus pager sets out to examine what think tanks do; whether and how they influence; and if different institutional and political landscapes affect any of this. To do this, Pautz compares organisations in the UK and Germany working on social and labour market policy from the early 1990s to 2005. Thankfully he does not, as I had feared he might, try to examine whether or not think tanks are in themselves a good thing. In the main he keeps his analysis empirical, and rooted in case studies. He does however spend the first few chapters grounding his analysis in the literature, so those not particularly interested in neo-Gramscian ideas of hegemony may wish to skip those chapters.

The choice of case studies is informed by the underlying hypothesis of the book; that think tanks matter most under a particular set of conditions, namely in those “rare situations” when “the hegemonic status of a paradigm falters”. This hypothesis centres around an understanding of three orders of policy change, the third of which results from functional anomalies in the system which require a fundamental (and paradigmatic) shift in policy discourse. The logic is that formal policy making institutions are too unable to make these shifts themselves, and that this opens up space for the active participation of centres of knowledge and expertise from outside Government.

The think tanks selected coincided with the emergence of New Labour in the UK and the ascendency of the Social Democratic Party in Germany; so with “third way” politics and shifts in the European left away from Keynesianism in the context of the rise of neo-liberalism as the hegemonic ideology. The choice of the word “coincided” is deliberate, the author does not claim to have at his disposal a means of examining whether the actions of one set of individuals can lead to a change in public discourse.

So what role do think tanks play in these moments of “paradigmatic crisis”? In Pautz’s framework, they provide centres “of formation, of irradiation, of dissemination” of ideas and of ideology – they research, condense and/or communicate. There are, of course, differences between the two countries.

Regular readers of these LSE blogs will know enough to be unsurprised by the long empirical chapter on the British organisations (IPPR, Demos, CEP) that coincided with the birth of New Labour, especially while the party was in opposition. However the interviews with those involved provide some interesting colour. The chapter also allows for a more measured discussion of whether these organisations were “shapers of the grand narratives of politics” or merely shallow “creatures of fashion… not icebergs; they don’t have a little bit on top and a lot under water”.

The chapter on German institutions should prove more interesting to those curious about Germany but unfamiliar with that landscape, in which I presume I am not alone. The back catalogue of work at the Institute for Government has pointed to the importance of the period in Opposition as the time when future Government policy is born, and yet it remains the point in time when UK parties have least access to resources and expertise such as might be found in Government. Germany is an interesting comparator, as its strong upper chamber and highly decentralised system means that even in the period of Opposition, political parties are consistently involved in the legislative process at national level, and often in control of regional Governments. It also turns out that they have access to a well funded set of institutions – the most numerous in Europe.

Germany has over 150 institutions falling into this category, 80 of which belong to a national umbrella organisation. Core funding for most comes from the federal Government – something unthinkable in the UK where funding to parties is highly contentious and avoided where possible. In fact in the German context, political parties are seen as an extension of broader social movements, of which analytical think tanks form an important part. Some other aspects of the German scene which might strike British readers as unusual include the existence of trade union and employer sponsored institutions, and the potential for even Government ministers to set up their own so called ressortforschung.

But in the main this book is an examination of the complex relationships between ideas, politics and Government. UK Secretary of State for Education, and founder of Policy Exchange, Michael Gove is quoted in the book as saying that “a precursor to electoral victory is victory in the battle for ideas and the battle for the agenda”.  The author ends his book with a call for vigilance for those interested in open political processes, having mimicked Gove’s military analogy that in the struggle for hegemony, “policy expertise can be a weapon, and think tanks are an institutional form for producing such a weapon”. 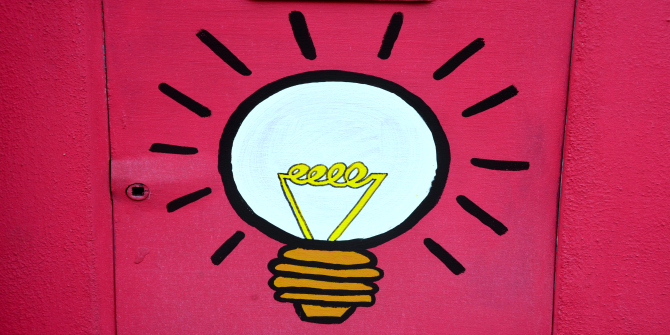