Keith Breen presents an extended critical evaluation of the social and political thought of Jurgen Habermas, Hannah Arendt and Alasdair MacIntyre. Although hailing from very different philosophical traditions, these theorists all take as their starting-point Max Weber’s seminal diagnosis of late modernity. Michael Wilkinson finds that although Breen’s book serves as a prelude to this broader project rather than its fulfillment, it is nonetheless a tantalising one which leaves the reader itching for more.

Can political theory emerge from the shadow of Max Weber? This question is explored in a new scholarly work by Keith Breen, Senior Lecturer of Political Theory at Queen’s University, Belfast. Under Weber’s Shadow has three principal aims: to examine Weber’s legacy by considering his influence on three towering figures of twentieth century political thought – Jürgen Habermas, Hannah Arendt, and Alisdair MacIntyre – to criticize their attempts to break free from his “iron cage”, and by learning from their mistakes, to stake out an alternative path that avoids the Weberian descent into subjectivism. Breen’s goal, stated bluntly, is to rescue inter-subjectivity by firmly grounding politics on shared experiences and common goals.

Politics must, for Breen, transcend the dysfunctional competition of individual wills that it has become in advanced modernity, with charismatic elites jostling for domination of a public whose vitality has been desiccated by state capitalism and its bureaucratic machine. Acknowledging Weber’s complicity in this bleak narrative, Habermas, Arendt and MacIntyre seek, in distinct ways, to resurrect the political with an ethics of inter-subjectivity based on rational discourse, joint political action and shared practices respectively.

But each errs in failing to provide an account that can fully redeem the promise of freedom, equality and solidarity: Habermas by separating system and lifeworld, Arendt by extricating the question of social justice from the political realm, MacIntyre by insulating pre-modern values from large-scale modern organisation. Common to each is a bifurcation of political space into fallen and salvable realms, depoliticising a key element of our collective existence and thereby limiting the possibility of wholesale social change.

Instead, Breen insists that the goal of human flourishing can only be achieved through a political ethics that is holistic, pervading all aspects of social and public life. Means and ends, formal and informal practices, economic and political institutions must all be subject to this commitment to the common good. But the political nature of this commitment implies a rejection of Habermas’s moral proceduralism and MacIntyre’s substantive univeralism. There are no presuppositions of consensus or guarantees of teleological harmony: the political realm is, as Arendt so lucidly observed, fragile, contingent, unpredictable and frail. And yet, as Arendt neglected, political ethics must not be divorced from conflict and dissensus, instrumental reasoning and strategic action, compromise and even violence. It is a totalising political ethics that is required.

Breen’s book is hugely ambitious in its aims even if rather narrower in its execution, predominantly exploring the specific contributions of great philosophers and identifying where they go astray. Because each of these assessments is highly insightful and detailed, the authors presented fairly, sympathetically, and in their own voice, the subsequent critique is all the more penetrating and persuasive. There are flashes of brilliance here, for instance the highlighting Arendt’s occlusion of violence and political judgment. Although these chapters are occasionally somewhat laboured and repetitive, containing detail that could have been omitted or relegated to footnotes, they will remain of special interest to scholars of Arendt, Habermas and MacIntyre.

However, the it is on what holds the book together that it must be judged, a highly original attempt to synthesize the failures of this triumvirate. Although this thread is occasionally lost in a superfluity of detail, it is brought perspicuously to the surface in the final chapter. Here Breen outlines, albeit all too briefly, his alternative vision which consists of a radical revival of an Aristotelian concern for the common good; radical because he insists on more than the usual opening up of civil society and tinkering with democratic procedures, the tame reformism that taints much contemporary work in political science. Change must be fundamental, encompassing state and the economy, work and labour, strategy as well as goals, conflict as well as harmony.

And yet although persuasive in its ambitions Breen’s vision is also frustratingly free-floating in important respects. Despite nods to critical theory, phenomenology, contemporary pragmatism, and neo-Aristotelianism, the author does not place himself squarely, or even approximately, within or against any particular tradition. But nor does he make a sustained attempt to produce his own account of the political. Welcome here would have been direct engagement with other figures in political theory who, in different ways, stress the primacy of the political, whether contemporary writers such as Raymond Geuss or Jacques Ranciere or earlier figures such as Carl Schmitt, whose absence from the book casts its own long shadow.

Neither does Breen explicate where his project is located in relation to any set of historical assumptions. Because there is little contextualisation the book occasionally comes across as oddly analytical, odd because Breen is writing in a manner that otherwise eschews the vices of analytical political philosophy. But in being abstracted from history, the precise length of the shadow cast by Weber and his heirs on modernity, subjectivity and politics is difficult to ascertain. To what extent, for example, is the modern nation-state complicit in this narrative of fallen realms? Is Breen’s alternative vision affected by the prospect of structural transformations in state, society and economy signaled by global capitalism? Might Marx be a more productive interlocutor than Weber?

Because of these omissions, Under Weber’s Shadow reads more as a series of exercises in political thought than a complete and unified theoretical reconstruction. Although it hints at this more ambitious project, we are left ignorant of the grounds for assessing its plausibility. Replacing Weber’s totalizing pessimism with a totalizing political ethics is not, Breen insists, mere pious exhortation. “A polity failing to place teleological enquiry at the heart of its deliberations cannot endure”, he warns (p 212). This might be so in the long term. But then the reason the capitalist state form has endured so long requires greater attention, as does the interplay between political ideas, interests, and ideologies and their evolution in advanced modernity. Although a prelude to this broader project rather than its fulfillment, Breen’s book is nonetheless a tantalising one which leaves the reader itching for more.

Michael Wilkinson is a Lecturer in law at LSE. Michael studied at University College London, the College of Europe, Bruges, and completed a PhD at the European University Institute, Florence, on ‘The Idea of Postnational Constitutionalism’. Prior to taking up his post at LSE in September 2007, Mike was lecturer at Manchester University, EU-US Fulbright Research Fellow at Columbia and NYU and was called to the Bar (Lincoln’s Inn) in 2000. He has also taught at Cornell University as adjunct professor of law. Read more reviews by Michael. 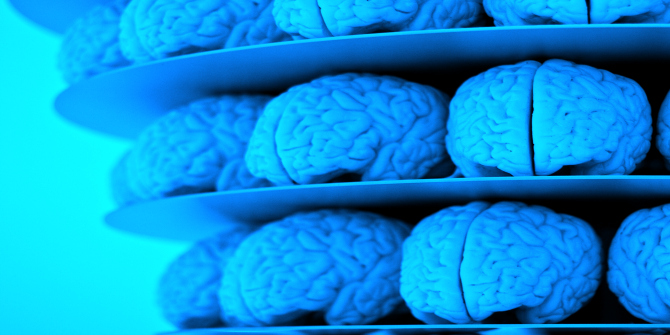