Real Social Science presents a new, hands-on approach to social inquiry. The theoretical and methodological ideas behind the book, inspired by Aristotelian phronesis, represent an original perspective within the social sciences, and this volume gives readers a set of studies exemplifying what applied phronesis looks like in practice. Flora Cornish finds that the book will benefit scholars, researchers and students who want to make a difference in practice, not just in the academy.

In 2002, when I still browsed bookshops, I happened upon a book titled Making Social Science Matter in the Amnesty bookshop on Mill Road in Cambridge. Worrying about the epistemology of my PhD on a complex community health project, I found a brilliant, intuitively compelling argument for something called ‘phronesis’. The argument was that a good social scientist becomes an expert in their field – just as surgeons or football players become experts – through practical engagement in multiple, varying instances of their phenomenon in its natural context. ‘Phronesis’ is a practical wisdom. The next best thing to actual engagement in the field, the author argued, was to read detailed case studies of others’ engagement, to develop one’s expertise vicariously. This resonated with my own sense of how I learnt from good ethnographies, and I was convinced. So were others, and ten years later, a Google Scholar search reports that the book has been cited over 2,200 times.

Real Social Science: Applied Phronesis is the much-needed practical counterpart to the theoretical and methodological arguments advanced in Bent Flyvbjerg’s (2001) Making Social Science Matter. Scholarship on phronesis has been in a paradoxical state, its main bulk composed of intellectual arguments in favour of practice. And the argument is a strong one: that practical wisdom, rather than abstract explanatory theories, should be the ambition of social scientific research. Along the lines of the literary principle of “show, don’t tell”, this edited volume promises to show us, not merely to tell us, the value of phronetic social science, by providing a series of examples.

Phronesis can be understood as part of a ‘turn to practice’ in the social sciences. After the ‘linguistic’ and ‘cultural’ turns gave centre-stage to symbols and meanings in human affairs, attention to practice is one way of returning materiality to social theory. Phronetic social researchers engage in detail in the complexities of the phenomena which they study, examining why things are the way they are, often uncovering undesirable workings of power, and asking how things could be improved. In so doing, they develop both practical wisdom and theoretical tools that provide lenses for problematizing and reconstructing practices in other settings. They explicitly do not strive to create general or universal theories of human behaviour.

For a book that promises to show us ‘applied phronesis’, it is at first a surprise to discover that 6 of the 14 chapters are theoretical ones, with 8 devoted to case studies. But evidently, there is valuable theoretical work to be done. Arthur W. Frank’s brilliant chapter is a lesson in phronesis, illustrated by the gradually-developing wisdom of the gambler Nikolay in Tolstoy’s War and Peace, and the skills of the street-smart vagrant Béasse in protecting his freedom, in Foucault’s Discipline and Punish. For the phronetic social scientist, protecting freedom is a concern, and a difficult one. According to Aristotle, phronesis is a state that is ‘reasoned, and capable of action with regard to things that are good or bad for man’. Frank’s chapter culminates in an argument that phronetic research entails the demanding, unsettling, never-completed work of making judgements about which course of action is better or worse – in situations where ‘good’ and ‘bad’ are never clear.

The power of the book is in the case studies. The collection successfully conveys a profound collective wisdom across the various cases, substantiating the book’s argument that in-depth, case-based research leads to a deep and actionable practical wisdom. For instance, Stewart Clegg and Tyrone Pitsis, reporting their work on large-scale Australian public construction projects, reflect sensitively on just how deeply undermining it is for project professionals, who have battled to proudly implement professional values of safety or community engagement, to hear their bosses’ cynical interpretation that their project is actually a case of political point-scoring rather than community service.

In a completely different context, in a bitterly divided Canadian community, where ‘Native’ and ‘non-Native’ groups were in a deadlock over land rights, Leonie Sandercock and Giovanni Attili, amazingly, won the deep trust of both sides, enabling the creation of an even-handed documentary film, used as the basis for a series of productive dialogue groups. Their description of their research protocol, without making a song and dance about it, shows them giving unusually great control to the participants over the use of their interview material and the production of the film. While this appears at first risky in such a politicised and sensitive environment, their judgement is vindicated by the trust and commitment with which their openness was rewarded.

As a final example, Flyvbjerg’s own chapter discusses how his team has engaged with the mass media as a vehicle for making his phronetic research matter to the public. Flyvbjerg has studied, and publicised, cost over-runs and mismanagement of mega-projects, i.e., public construction projects costing billions of dollars, such as metro expansions or under-sea train tunnels. In the process, unsurprisingly, he has ruffled feathers among the politicians and planners who take pride in these projects, and has garnered strong public and media support for his whistle-blowing.  His chapter presents lessons both simple (e.g. that journalists quite like dealing directly with academics rather than with PR people), and profound (e.g. that doing research that matters to our communities and communicating it through the media to inform public deliberation is the strongest defence of the value of social science). It should be required reading for any academic considering engaging with the mass media.

With this volume, the contributors show that phronetic research is not a marginal, ‘soft’ or niche paradigm. These authors are big hitters, tackling socially significant questions with high stakes, and making major academic and social impact. I felt a little bit wiser after reading the book. I think that anyone interested in understanding how complex projects really work, or how to do research that makes a social contribution, would do so too.

Flora Cornish is a Lecturer in Research Methodology at the LSE’s Methodology Institute , where she teaches qualitative research methods in general, and ethnography in particular, drawing on phronetic ideas concerning what qualitative social scientific research can be and do. She researches the role of grassroots community action in improving public health, with a particular interest in global-local intersections, and the definition and evaluation of project success. She is Editor of the Journal of Community & Applied Social Psychology. Read more reviews by Flora. 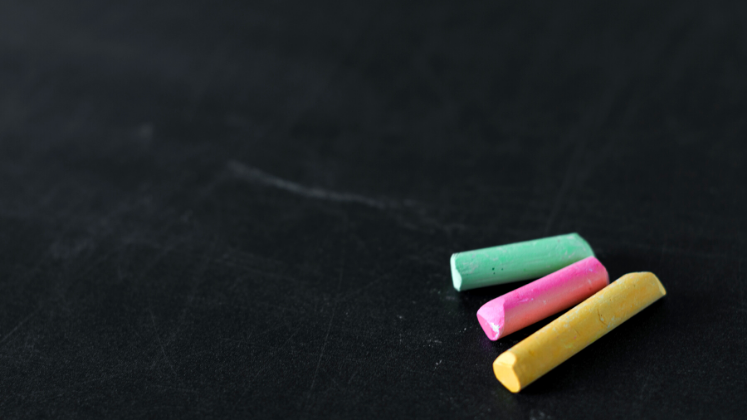