The LSE Review of Books podcast series has been nominated for a European Podcast Award, organised by the European Initiative Podcast Awards with the support of OLYMPUS. Cheryl Brumley, Managing Digital Editor for LSE PPG Blogs, discusses the origins of the Review’s podcast project and its potential for making impact.

In April 2012, armed with little more than a pocket-sized microphone, a digital recorder, and the desire to offer an accessible and interesting audio product, the LSE Review of Books team started out on its podcast journey. With the aim of capturing conversation with distinguished authors and academics on social sciences topics, and an equal focus on quality and content, the podcasts have transported listeners to the worlds of democracy building in Armenia, the lost languages of the Amazon, and the poetic waterways of the Bristol Channel. The podcasts have also covered current debates and events in spaces outside of the office or the library; to London Fields, for a debate on the impact of the Olympic Games with writer Iain Sinclair, and to London’s Chinatown, with researchers who have studied how local residents connect and identify with the area.

The main aim of the podcasts sits closely alongside the main aims of the LSE Review of Books and the three other LSE PPG-run blogs: to encourage public engagement with and understanding of the social sciences. Funded by the Higher Education Innovation Fund (HEIF 5), the podcasts are part of our goals of innovation and knowledge exchange between experts within and outside universities, and to open up academic research so as to increase its impact.

In our audio version of our popular academic inspiration series on the blog, LSE academics have opened up about their academic journey through books. LSE Cities’ Dr Suzi Hall talked to us about the architecture books that transported her from her native South Africa to the modern squares of Italy, and Gender Studies Professor Mary Evans opened up about how she learned the discipline and joys of work-filled solitude from Little Women’s Jo March. Making academia more accessible and breaking down notions of ivory tower academics is a key aim of this feature in particular, bringing out a more human side and the personal stories we all have about books and inspiring stories.

Some may not see the initial connections between academia and an audio product which is used mostly in news and media settings. But with the greater public appetite for articulate and intelligent products, and with the need for universities to showcase innovative and accessible methods of public engagement, podcasts can certainly tick these boxes. If academic study is about real people, places, and events, then why not bring academia to the streets?

To listen to, rate, and vote for our series, please visit our European Podcast Award voting page.

Podcast 5: Democracy and Its Discontents
Professor of Politics at Sheffield University, Matthew Flinders, talks about his new book Defending Politics: Why Democracy Matters in the 21st Century, and argues that the problem with politics is not politicians themselves but the public’s understanding of the processes involved. LSE’s Armine Ishkanian speaks about her book Democracy Building and Civil Society in Post-Soviet Armenia and how civil society and democratisation projects need a firm grounding in a country’s grassroots in order to successfully aid its transition to democracy. George Lawson, Professor of International Relations at the LSE and an expert in democratisation and revolutions, tells us about books and the role the anti-apartheid movement had in sparking his early interest in international relations. We also catch-up with LSE Bees to talk about the wonders of hive behaviour.

Podcast 4: London 2012 Olympics: What happens when global meets local?
Architectural Advisor to the 2012 Olympic Games and LSE Cities Professor Ricky Burdett talks about the primacy of Olympic legacy and the regeneration of East London. Author of Ghost Milk: Calling Time on the Grand Project, Iain Sinclair, takes us on a tour of London Fields in Hackney, a host borough for the Olympic Games, to talk us through what he sees as a negative acceleration of change brought about by the Olympic project. Dr. Suzi Hall, urban ethnographer and lecturer from LSE Cities, leafs through the beautiful architecture books that inspired her interests in the design of cities and urban multiculture.

Podcast 3: Marxism and the Left
In this special episode we visit the Marxism 2012 Festival in London’s Bloomsbury to hear the latest from Marxist thinkers and activists. Professor of European Studies at King’s College London, Alex Callinicos, speaks about austerity and how Karl Marx’s theories have found increasing relevance in today’s recession-weary world. We then take a look at the leftist movements across the Atlantic with Eli Zaretsky, Professor of History at The New School for Social Research in New York. He talks to us about his latest book Why America Needs a Left, the rise of the Tea Party and how President Obama failed his left-leaning supporters.

Cheryl Brumley is the Managing Digital Editor for the Public Policy Group blogs and produces the LSE Review of Books podcast. Cheryl joined the PPG in January 2012 and is a graduate from the LSE with an MSc in Theory and History of IR. Cheryl previously conducted research into social media and the Arab Spring at the Regional Centre for Conflict Prevention in Jordan, and researched for BBC World Service radio programmes, The Forum and The World, on work experience. 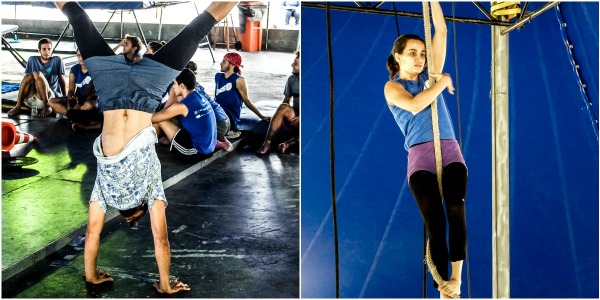