How China Became Capitalist details the extraordinary, and often unanticipated, journey that China has taken over the past thirty five years in transforming itself from a closed agrarian socialist economy to an indomitable economic force in the international arena. Luke McDonagh finds that Ronald Coase and Ning Wang provide a fascinating, though somewhat partisan, account of the Chinese economic transformation from the late 1970s up to the present day.

The previous decade was in many respects dominated by two seismic events which occurred in late 2001. Firstly, the terrorist attacks of 11 September 2001, and secondly, China’s membership of the World Trade Organization, which was approved on 11 November 2001. In the ten years that followed, the US passed through a ‘lost decade’ in world politics, comprising two costly and misconceived wars and the inflation of an economic bubble which burst during 2007-8, while China experienced a level of economic growth, and a consequent rise in living standards, which has been nothing short of astonishing.

This new book tells the story of how China emerged in the late 1970s from the shadow of Chairman Mao to become a capitalist superpower and one of the great success stories of ‘globalisation’. It is written by Ronald Coase, author of the famous ‘Coase theorem’ (one of the most cited works in all academic literature) and Ning Wang, of Arizona State University.

The first chapter of the book focuses on the crucial aspects of Mao’s life including his initially triumphant ‘Red’ revolution in the aftermath of WWII, the extraordinary humanitarian and political disasters caused by his policies (such as ‘The Great Leap Forward’ and ‘The Cultural Revolution’), right up to the political vacuum created by his death in 1976. The authors skilfully illustrate that by the time of Mao’s death, the grand project of Chinese Communism seemed to have run its course. The reforms which began with the leadership of Deng Xiaoping in 1978 have been undeniably successful in rebooting the Chinese economy. However, if there is a key point this text seeks to make it is that commentators who seek to praise the Chinese state-led capitalist model ought to take account of the fact that it was precisely the loosening of the reins of power by the Chinese Communist Party, and the subsequent flowering of market-based solutions, that led to China’s recent economic rise.

In this regard the authors state that it is respect for the market that is key to economic success, not the actions of the state. Coase and Wang argue that when the state took a step back from central planning in the early 1980s, for instance when it allowed rural collectives to administer their own lands and when it allowed privatised industries to flourish for the first time, “the forces of competition were able to work their magic”. There is certainly truth to this narrative, but it fails to tell the whole story.

Moreover, towards the end of the book the authors state that “China became capitalist while it was trying to modernize socialism.” This is an insightful point, but it is one that the authors themselves do not fully understand. For Coase and Wang, because the policies put in place by the Chinese Communist Party were primarily intended to reform economic socialism, and were not ultimately intended to unleash market forces in the way that they did, government action cannot be held out as being responsible for the many positives which have come out of China’s economic transformation. This argument fundamentally shows a misunderstanding of the nature and purpose of socialism.

The fact is that many developed economies have achieved economic success via capitalism in the course of modernising socialism. This is true of today’s Germany, whose economic success can be traced to the post-War era of ‘West Germany’, where the Social Democratic Party in its Godesberg program of the late 1950s abandoned a number of Marxist policies in order to ‘modernise’ socialism. When in power the SDP managed to largely tame the negative effects of capitalism, such as massive inequality, while harnessing its productive potential and its ability to raise living standards. The same is true of Britain where the New Labour project, for all its flaws, was undoubtedly an attempt to modernise socialism in the aftermath of the Labour Party’s electoral failures of the 1980s and early 1990s, and it too had great successes. France’s economy can only be described as a ‘socialised’ form of capitalism – during November 2012 President Hollande even threatened to nationalise a privately owned steel factory – and while there are many problems in the French economy, it remains the second biggest in the EU. ‘Socialism’ cannot be said to merely represent the failures of pre-1989 Eastern Europe. Socialism, as an ‘ideal’, has been the driving force behind many economic success stories.

The real issue posed by China’s success to date is the question of whether capitalism and democracy are truly reconcilable – an assumption which was largely taken for granted during the cold war. This book, unfortunately, does not attempt to construct an answer to this question. However, it nonetheless provides a fascinating, though somewhat partisan, account of the Chinese economic transformation from the late 1970s up to the present day. Anyone curious as to how China became the world’s second biggest economy should read this interesting book. 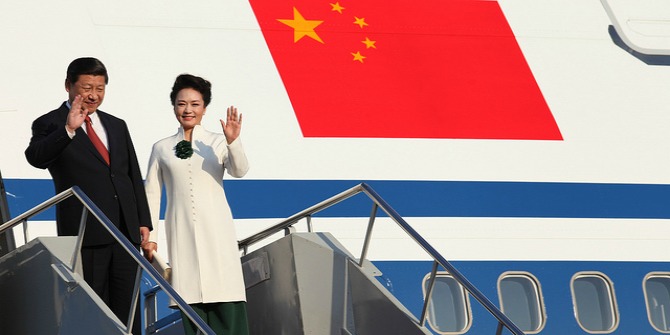