In using sociological perspectives to examine other animals in society Animals and Sociology aims to challenge traditional assumptions about the very nature of sociology. Kay Peggs seeks to explore the significant contribution that sociology can make to our understanding of human relations with other animals and the important contribution that the study of other animals in society can make to sociology. Alasdair Cochrane believes the book can be thought of as a manifesto for future sociological work on animals. 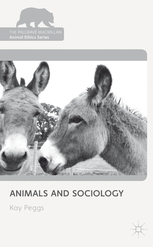 The social scientific study of animals and human-animal relations is growing rapidly. The number of emerging academic centres, degree courses, conferences, journals and book series that have had ‘animal studies’ as their focus has been quite remarkable in the past few years. This fantastic book by Kay Peggs – Principal Lecturer in Sociology at the University of Portsmouth – adds to this momentum by exploring the specific relationship between the discipline of sociology and animals.

The book makes three important broad contributions to our thinking about the sociological study of animals. Firstly, the book provides a useful introduction to and summary of past and current sociological approaches to the study of animals. Secondly, it also offers a powerful critique of the way in which the discipline has ignored or marginalised animals from its field of enquiry. And finally, the book provides a manifesto for future possible sociological work on human-animal relations that could benefit not only sociology, but also animals themselves.

In the first place, then, Animals and Sociology provides an extremely helpful overview of sociological enquiry concerning animals. The book’s chapters are organised around several key areas of sociological enquiry – biology, inequality, crime, space, consumerism, culture – and asks what they offer for the study of human-animal relations. Peggs describes existing sociological work in this area, and her summaries of this literature – such as Piers Beirne’s work on animal abuse and David Nibert’s work on the interconnection between human and animal oppression – are clear, succinct and informative.

Crucially, however, a recurring and powerful theme that runs throughout the book is that the discipline could do so much more. As such, the book is not merely a summary of the existing state of the field, but also a critique of it. After all, according to Peggs, the rich resources that sociology possesses for the study of animals remain largely untapped. Part of this, the book shows, comes down to how the discipline has traditionally defined its focus of enquiry. After all, the classic definitions of society, such as that proposed by George Mead, have explicitly excluded animals. Interestingly, the reasons traditionally advanced for excluding animals from the definition of society – the inability to use language, employ reason, act reciprocally, etc – are remarkably similar to those that have been provided to justify their exclusion from moral and political enquiry too.

Peggs argues that the effects of excluding animals from traditional understandings of legitimate sociological enquiry can still be felt in much contemporary work within the discipline. In spite of the good efforts of some, she argues that animals remain at the margins of sociological debate. This claim is perhaps best illustrated by sociological work on inequality and social stratification. To explain, sociology has provided and continues to provide powerful explanations and critiques of social hierarchies and inequalities based on class, race and gender. However, the stratification of society along the lines of species is rarely acknowledged within sociology, let alone analysed in detail. Indeed, this point is further emphasised by the fact that when animals are subjected to sociological enquiry, often it is for the purposes of illuminating prevailing norms about class, race or gender.  That sociological enquiry about animals might actually reveal something about species inequality is little considered.

In spite of this important critique, the overriding feeling when reading this book is not one of depression, but of optimism. After all, Peggs’s book serves to show great richness of sociological resources that can be harnessed for the study human-animal relations. Indeed, the book could even be thought of as a manifesto for future sociological work on animals: an inspiration to future social scientists to interrogate our complex relationships with animals much more closely than previous generations. Crucially, such future work need not totally abandon past theoretical approaches or methodological frameworks, but can instead apply them to a more inclusive and realistic account of what constitutes the social world.

In sum, this book is highly recommended reading. For those well-versed in social science but new to the study of animals, this book offers a helpful account of how our understanding of the social world might be rethought and reconstructed. For those interested in animal studies but new to sociology, it provides a fantastic summary of the huge resources within sociological thought that can be drawn on to help us understand the fascinating and often bizarre interactions between humans and animals across all societies.  And finally, and surely most importantly, if social science takes heed of the book’s ultimate message, it may also prove to be beneficial for animals themselves.

Alasdair Cochrane is Lecturer in Political Theory at the University of Sheffield. His research focuses on animal rights, human rights, environmental ethics and bioethics. His latest book is, Animal Rights without Liberation (Columbia University Press, 2012). Read reviews by Alasdair. 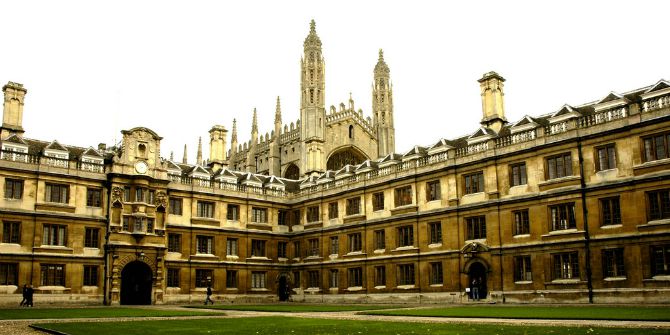