Today there exists a growing awareness of the importance of intelligence, and an increasing investment in it, as individuals, groups, organizations and states all seek timely and actionable information in order to increase their sense of security. But what happens to intelligence once it is produced, and what dilemmas does this generate? In a fully revised and expanded edition, Peter Gill and Mark Phythian aim to explore these ideas. Caroline Varin recommends the book to students and general readers seeking an introduction to intelligence agencies and intelligence gathering. 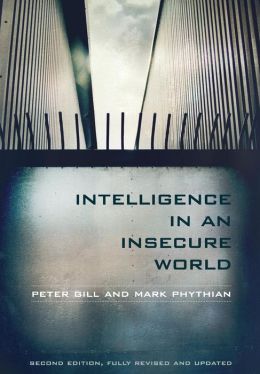 Public interest in and awareness of intelligence has been revolutionised since the 9/11 attacks revealed dramatic gaps in the intelligence gathering and reporting systems. The failures in recognising the risks and preventing attacks were further emphasised after the 2004 Madrid bombings and the 2005 London terrorist attacks targeting public transportation, jointly killing over 200 people and injuring hundreds more.

In Intelligence in an Insecure World, Peter Gill and Mark Phythian re-exame intelligence gathering and distribution techniques against the backdrop of the war on terror. The authors pay special focus to the increasingly influential role of cyber technology which has empowered civil society and enabled a certain amount of democratic control over intelligence agencies. The book focuses on the mechanics of intelligence gathering and distribution, although it has been adapted since the first edition to include the role of scholars and non-state agents in the intelligence process. Gill and Pythian explain the role of security and intelligence studies within the realm of international relations: an important task as it frames the subsequent arguments in the context of realist theory – that is the centrality of intelligence analysis to the security and survival of the sovereign state.

The originality of the study certainly lies in its discussion of the impact of new technologies and the supporting role played by the private sector and the general public in intelligence gathering and distribution. Gill and Phythian explain how Web 2.0 technologies can facilitate information sharing, although the authors seem unconvinced of the reliability and efficiency of this method. The ‘market model’, as they describe it, influences the nature of the intelligence disclosed, and also generates so much information that it may not be possible to effectively analyse all of it, reducing its use to the public and to policymakers.

The authors also highlight the role of the media: journalists and security agencies have had a “symbiotic relationship” where they gather and share intelligence. Journalists have also been subject to manipulation by the agencies that use them as a channel for disinformation and to influence public opinion. The advent of social media however, has enabled intelligence agencies to make select information directly available to the general public, by-passing media outlets altogether.

Technological advances have also enabled cyber-espionage to reach more sophisticated levels. Computer worms and drone attacks have been relatively successful in responding to perceived threats. Gill and Phythian rightfully explore the evolution of drones from surveillance vehicles to weapons, highlighting the importance of technological developments. Technology might at a first glance appear to be available only to certain states such as the United States, China, and Israel, but the rise of social media has also created new opportunities for non-state groups, evidenced by the online chat rooms and networks through which terrorist groups have shared information and organised attacks.

The emergence of new technology also raises a number of ethical questions. The drone campaign has been particularly secretive and the US government’s position has been to neither publicise nor deny the number of attacks or casualties. The on-going and practically casual use of drones has normalised remote-control assassinations. As the campaign has expanded inside Pakistan’s borders, it has undermined the authority of the national government and trespassed on traditional notions of legal sovereignty. The authors point out that the virtual impunity of those conducting these drone attacks not only sets a precedent but also exposes American citizens to retaliatory attacks overseas.

The final chapter of Intelligence in an Insecure World addresses the problem of agency abuse in an era of heightened threat perception. In their wild pursuit of information, intelligence agencies run the risk of institutionalising practices including targeted assassinations and abusing the rights of citizens. Gill and Phythian raise the democratisation of intelligence as a means of agency control. Oversight, however, is particularly difficult in the intelligence industry where, for security reasons, information is protected from public view. The media arguably remains the most significant contributor to agency oversight by raising public awareness and has “played an important role in alerting the public to concerns among intelligence professionals and the politicisation of their product” post 9/11. Budgetary oversight, however, may at the end of the day be the most effective control mechanism for intelligence agencies, although this also serves to weaken their ability to carry out their mandate.

Intelligence has been increasingly militarised since the beginning of the war on terror with new and arguably unethical means used to collect information. New technology has enabled this transformation, but it has also served to democratise intelligence analysis by integrating citizens into the network of information collection. The authors show that in the twenty-first century, intelligence agencies “have grown fat on fears of terrorism”, and have been able to manipulate public paranoia to push forward policies that are detrimental to human rights. Gill and Phythian conclude that, despite the ever growing need for external oversight, new technology and public surveillance are not yet able to exercise effective control on intelligence agencies. 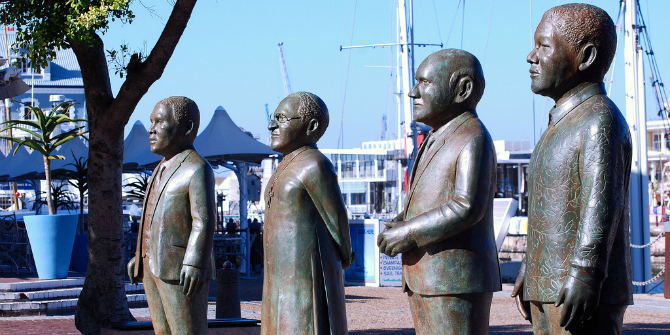