What makes art ‘feminist art’? Kathy Battista‘s engagement with the founding generation of female practitioners centres on 1970s London as the cultural hub from which a new art practice arose. Emphasising the importance of artists including Bobby Baker, Anne Bean, and Catherine Elwes, Battista investigates some of the most controversial and provocative art from the era. To be sincerely alive to female and male art practices and the larger cultural, social and political issues concerning us today, we need to be awake to the period discussed in Renegotiating the Body, writes Jade Montserrat.

With whom is Kathy Battista hoping to renegotiate? My interpretation of reading this seminal book on a select yet highly charged and important era is that the author is hoping to renegotiate with the cannons of art history. Within the four easily digestible chapters of Renegotiating the Body, Battista, Programme Director of Contemporary Art at Sotheby’s Institute of Art, argues for integration, pronouncing that the wonderful legacy of 1970s feminist art has been largely ignored within art history and museum practice.

In the Introduction, Battista sets out her structural considerations and details the “recovery process” required for shedding light on the period in question, stating that the book “examines how the female body became a contested site in feminist art practice” (p. 1). Regarding London in the 1970s as the incubator for women artists who used the body and its traces, performance and work in alternative sites, Battista’s aim is to integrate histories within a conceptual, body-oriented, political and theoretically based art framework, in order to understand “why there are similarities between contemporary practice and feminist art, and to reconnect current art practice with earlier works” (p. 6). In anticipation of this, the reader can look forward to detailed accounts of art practice by women artists (a definition of ‘feminist art’ remains a flimsy notion throughout the book); the leading protagonists being Mary Kelly, Judy Clark and Carolee Schneemann. Of rather more anticipatory felicity, however, are accounts of the practice of artists such as Silvia Ziranek, Cosey Fanni Tutti and Bobby Baker.

Let’s begin contemporaneously and on all too familiar territory. Tracey Emin features, rightly, in Renegotiating as the most prominent female artist of our time. But her career has been steeped in sensation and she is often wrongly idolised as the epitome of “contemporary female art”. Many do not consider Emin a “feminist artist”, and in fact the most laborious, flagellating aspects of Renegotiating are the “feminist” bits. Sarah Lucas’s practice and success is only touched upon in comparison, even though her work is richer, riper even, for serious critical discussion, especially in relation to the ravishingly delectable and downright delicious work made by Bobby Baker. Maybe Battista thought Lucas has been given quite enough publicity recently, thanks to the Henry Moore Institute in Leeds and other major international institutions hosting large-scale shows of her work. In actuality, Emin’s work carries notoriety because of her self-indulgence and might be compared in this respect to Mary Kelly. Emin is admired for her openness: although the previous sentence might sound a touch disparaging, her work and public persona ooze honesty and fragility and vulnerability.

Battista doesn’t claim to know which, if any, “feminist artists” influenced Emin and her peers, stating that the younger generations of British women artists “…have no formalized historical framework for feminist artists of the 1970s, because in most cases it is not taught at art school or shown in major institutions.” A common theme that does link periods throughout art history is that what is often proclaimed as ‘contemporary’ is a reincarnation of an idea, in this case body-oriented; artists make work that is re-original, so to speak, consciously or not. I hasten to add that this book confirms, adamantly, that work made by female artists in the 1970s was provocative, pro-active and absolutely ground-breaking for culture and society. The ‘bridges’ casually traversed (much is left for the reader to ponder) between female artists of the 1970s and those featured from the 1990s and early 2000s are fascinating, particularly with regard how the female body is perceived and in what context it is perceived (“Performativity, then, is a term that explains how one becomes ones gender.” p. 16).

As it stands, I am not too interested in “feminist artists” – I generally shirk from categorisation and Battista is gentle in her approach to this, questioning a “feminist aesthetic”. As Battista points out “The history of women’s art prior to the 1970s had been a history of women replicating men’s work.” (p. 160), whilst “The female body had iconic status as muse and model; hundreds of years of art history attested to the depiction of the female form.” (p. 12)

‘Success’ stories from London in the 1970s – that is female artists that have made it into the enclaves (a purchase by the Tate is the marker of such elevated standing) – are unbalanced. Swathes of text are dedicated, slightly didactically, to Mary Kelly, Judy Clark and Carolee Schneemann. Chapter 2, ‘The Body and Performance Art’ is devoted to lesser known, sublimely acute, and importantly, rather more humorous and interesting female artists and their practice, namely Silvia Ziranek, Monica Ross, Cosey Fanni Tutti and Bobby Baker. In an interview with the author, Baker states “I acknowledge with every performance that I do that I’m a woman. I draw attention to that. I draw attention to my weight, my imperfections, I make fun of it. It reclaims that sort of territory for myself” (p. 71). It is worth noting that Helen Chadwick, also mentioned in this chapter, is discussed in relation to MatThew Barney and Daria Martin (an archive of Chadwick’s notebooks can be found online). Resonances with contemporary artists of both sexes generously spice the pages.

Battista, almost apologetic in her tone, expresses her intentions for the book throughout. There was no need for her to continuously reiterate her ‘effort’, as she calls it: this book does exactly what the title suggests, and more, with impeccable documentation (Battista underwent intensive interviewing with the artists, culminating in a text peppered vigorously with oral histories), preservation of performances, a chapter tracing alternative sites and subsequent contextualization underpinning this recovery process. The book, if unfamiliar territory for some, whets the appetite, and for those who were there or are more informed should, at least, find themselves refreshed by the breadth of examination, the ongoing quest to formulate an even art world and her “desire for female role models” (p. 11). To be sincerely alive to female and male art practices and the larger cultural, social and political issues concerning us today, I suggest we need to be awake to the period discussed in Renegotiating the Body. 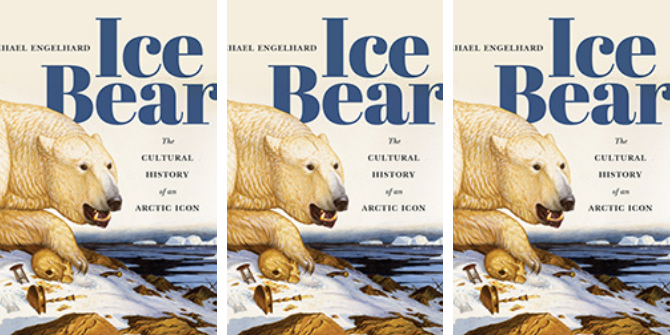