In Trading Secrets, former Financial Times security correspondent Mark Huband aims to provide a unique and controversial assessment of the ability of the major intelligence agencies to combat the threat of twenty-first century terrorism. With access to intelligence officers from Rome to Kabul and from Khartoum to Guantanamo Bay, Huband covers how spies created secret channels to the IRA, deceived Iran’s terrorist allies, frequently attempted to infiltrate al-Qaeda, and forced Libya to abandon its nuclear weapons. Julia Muravska finds the accounts to be somewhat sensationalist in parts, but mostly valuable and intriguing.

Anyone with an interest in international affairs may have observed the seeming “rediscovery” of Machiavelli in recent years, as excerpts and references of the great political philosopher’s writings were seized upon for apparently catchy, yet sophisticated “hooks” of foreign policy books, media articles, and opinion pieces. Mark Huband’s latest work, Trading Secrets: Spies and Intelligence in an Age of Terror is no exception. The book begins with quotes from Machiavelli’s The Art of War and The Prince to highlight the enduring importance of “the art of surprise” to the craft of intelligence operatives, the aims of political leaders, and the plans of military officers.

It is a testament to Huband’s sharp judgement and eloquent expression that, unlike many “Machiavelli pieces”, his references are both relevant to the post-9/11 international security environment on which he focuses and illustrative of his main arguments. Indeed, surprise—and specifically the ability to wield it against an enemy effectively, as “the most potent weapon of all”—is the major theme of Huband’s book. The power to surprise is what the intelligence community spends its life attempting to keep on its side and away from the enemy’s grasp.

Drawing on his extensive journalistic career,  and with six authored books and one edited volume on topics ranging from post-Cold War Africa to political Islam already to his name, Mark Huband has written about and met “rebel leaders, kings, presidents, dictators, fundamentalists, terrorists and freedom fighters” (p. 58). Yet, by his own admission, all along he was missing “the story…beneath the surface.” This is the story of Trading Secrets: it is one of secret intelligence as it developed into the form we recognise today, its impact on the events and foreign policy decisions shaping the post-9/11 world, and the craft of the spies and spooks who dominate its plot.

Huband traces the origin of “modern spy-craft”—at its heart,  “knowing the enemy better than he knows you, while ensuring that he doesn’t know how much you know about him” (p. 17)—to Britain’s two century-long campaign against persistently rebellious Ireland beginning in 1798. The vast reach of the British empire helped disseminate the lessons learned by the “first global intelligence service” throughout the world’s “intelligence machinery” (p. 7). Fundamental to its functioning was the existence of a market in which intelligence secrets could always be traded by those willing to sell for the price the spies were able to pay. The Cold War recast the market of intelligence secrets in an ideological, zero-sum light, and infused it with nuclear weapons, proxy wars, and cat-and-mouse spying tactics focused on misinformation, but it did not alter the underlying market structure: there were still those willing to sell, on both sides of the Iron Curtain.

What truly overturned this globe-spanning trading edifice of spying was the violent arrival of religiously extremist transnational terrorism, with Al-Qaeda at the helm. The attacks of 9/11 brought painfully to the fore what Huband sees as a “revolution”  in spy-craft – the arrival of an amorphous, Medusa-like enemy that had no political master among governments and would accept no price, however enticing, for its secrets.  Moreover, 9/11 demonstrated that the power of surprise could elude the most powerful state, its Western allies, and the intelligence agencies tasked with harnessing it. Surprise was on the side of the terrorists who would not be bought (p. 137).

Presented with this “dry” market of secrets, bruised and facing a crisis of legitimacy due to their failure to foresee, much less disrupt, the attacks of 9/11, the intelligence agencies of today’s imperial power, together with its allies, changed the rules. Once they identified their “sources”, the post-9/11 spies and the CIA in particular would “capture those they might once have recruited, incarcerate those they might have once permitted to ‘run’, and brutalise those they might have once coaxed and cajoled” (p. 138).  This is the story told in Huband’s chapter ‘Prisoners,’ in which he gives a first-hand account,  buttressed by conversations with military personnel and senior intelligence officials, of the epicentre of post 9/11 intelligence gathering taking place at Guantanamo Bay.  Within its “secured” innards that held “enemy combatants”  of the “Global War on Terrorism” (GWOT),  the “limits to which a democracy could go to defend itself” were being redefined (p. 1 46).

And in this process “off came the mask; off came the gloves”  of the West’s intelligence agencies, as Guantanamo became a “resource…dipped into by all of the world’s intelligence agencies” (p. 150). This “power” rather than the “weapon” of intelligence not only proved intoxicating and easily abused, but also, as Huband argues, conveniently manipulated to “create truths” and “make history” –and in the case of the disastrous 2003 invasion of Iraq by the US- and UK-led ‘Coalition of the Willing,”  that “history” was war (p. 171). In the chapter ‘Know Your Enemy’  Huband continues the story of the danger of intelligence, this time by showing how “the power of secrets was used to launch a war” meant to unearth the non-existent WMDs supposedly hoarded by the Saddam Regime (p. 179).

Iraq and Guantanamo point to the larger stories told by Huband on the elusiveness of “truth” and the difficulty of injecting humanitarianism into foreign policy. A fundamental part of this story is what intelligence is and is not- as Huband’s examples emphasise, it is most certainly not a blueprint for political action. Yet, what the myths around “spy-craft” and its masters have dangerously allowed them to overlook is the need to not only know “what people are up to,” but to understand their intent, the why as well as the what (p. 21).

Perhaps these stories will be familiar. And readers of Trading Secrets should remember that, contrary to Huband’s view, the spy agencies of the UK and the US  do not constitute the entirety of the “global spy-craft;” there are Middle Eastern, Chinese, and Russian ways of trading secrets to name but a few. The author’s account of the goings-on in Guantanamo verges on the sensationalist. Nevertheless, Huband delivers his insights with a wealth of first-hand accounts and titillating statements directly from the “foot soldiers of foreign policy” about whom he writes. And this, together with a sophisticated account of both their successes and failures in maintaining the power of surprise through uncertainty, is what makes his work valuable and intriguing. 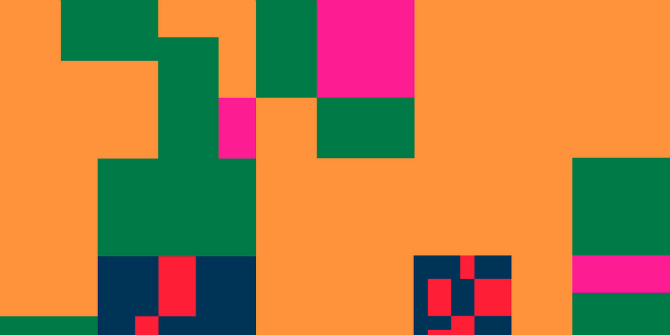