Unplanned Development offers a fascinating and fresh view into the realities of development planning. To an observer, many development projects present themselves as thoroughly planned endeavours informed by structure, direction and intent, but here Jonathan Rigg aims to expose the truth of development experience: how chance, serendipity, turbulence and the unexpected define development around the world. Reviewed by  Hansley A. Juliano. When speaking of “development,” one is tempted to characterize it along the usual jargon of mainstream economic and financial common-sense (or at least how we predict and project their models on existing realities). During the first quarter of 2013, one might be led to believe that progress and growth continues to become imminent in Southeast Asia. The economic status of the region seems brimming with good news: what with Indonesia’s “bright economic prospects” despite political tensions, the Philippines’ rising in investment grade from Standard & Poor’s, and the optimistic projections regarding the Association of Southeast Asian Nations’ (ASEAN) decision to unite economic activity in the ASEAN Economic Community (AEC). Considering the coverage of these developments, one might assume that something must be going right with the public and private institutions in Southeast Asia, and that state intervention and market forces must have come to equilibrium. Yet, the existing realities of intergenerational poverty, lack of transparency and multiple social injustices continue to plague the citizenries of these countries despite seeming economic growth.

Jonathan Rigg’s book offers a more sobering appreciation of these institutions’ roles in the dynamics of engendering “development” (if not giving us pause with regards to these seeming “economic miracles”). The book draws from the multiple experiences of state-planning institutions, market forces, local communities and the experiences of people who have been subject to the vagaries of social mobility and unstable access to resources. As its introduction claims, Unplanned Development: Tracking Change in Asia “directs attention to the unplanned, unseen and unexpected, and, therefore, to the gaps between planning designs and planning experiences, between what is seen and measured and what ultimately proves to be important, and between expectations and outcomes” (p. 3). In brief: it intends to show how all existing claims as to how “progress” is “done” and “maintained” by countries is pretty much contingent on many things states and markets do not notice or actively ignore. That is to say, the notions of development & sustainability that people seek in their day-to-day lives are the very things policy-makers and speculators neglect.

The aged and tired dichotomies of political economy, whether state interventions or self-correcting markets, are severely questioned. Rigg, taking a more critical appreciation of both their roles, neither condemns nor valorizes either party, but clearly lays out their capacities and shortcomings when it comes to fostering economic growth.

He looks at the practice of comprehensive development planning by countries in Southeast Asia and how the entire process seems to be desensitized to the inherently-political nature of pursuing development (p. 43). Lest we spout paeans to the “invisible hand” of the market, Rigg recalls the complicity of market and private forces of the 1997 Asian financial and economic crisis (immediately following near-universal acclaim by policymakers, talking heads and academia of “the Asian miracle). He recounts their shaping of unhealthy assumptions about how economic growth is fostered and maintained. Rigg does not let off lightly transnational policy agencies (most significantly the International Monetary Fund) with regards to their incapacity to appreciate the multiple complexities of countries’ social, political and economic realities and behaviour (pp. 69-73). To quote at length: “Planning pays lip-service to participation and stake-holder engagement, and remains a technocratic exercise formulated by experts who continue to believe that their rational visions are the ‘right’ ones, if only people would listen and learn” (p. 41).

I found Rigg’s description of peoples’ experience of upward and downward social mobility (as discussed in length in Chapters 4 & 5) as very useful in understanding how ordinary peoples’ interests in maintaining sustainable lives usually clash with the institutional assumptions of both state and market forces. The changing demands of maintaining a livelihood and sustaining families, coupled with the multiple forces affecting the opportunities for societal mobility, becomes a veritable combination that can radically transform communities, personal preferences and societal arrangements — and not all of them for the better.

Considering the very political nature of pursuing development, it poses an empowering challenge to people and communities: for them to assert their prerogatives if they are to protect their right to be part of discussions regarding “development”. If institutions continuously fail in pursuing inclusive and sustainable framework of development, people should take an active stance in making their voices heard — the same of which could be said for the current ongoing struggles of the rural communities of Casiguran, Aurora in the Philippines to protect their lands from conversion to a special economic zone or SEZ). Rigg concludes with an important insight-cum-warning: “[P]eople cannot easily be counted, governed, manipulated or coerced; just as they cannot be developed from above, nor can they be understood from above” (p. 193).

Unplanned Development, for all intents and purposes, is a crucial contribution to the literature on appreciating everyday international political economy (EIPE). The importance of appreciating and understanding day-to-day practices as key factors in changing social, economic and political realities cannot be understated — if only because it is in these day-to-day tensions that assumptions and tensions truly become significant, causing after-effects that will change peoples’ lives. Policymakers and development workers will do well to heed its well-documented criticisms of their long-held assumptions. More importantly, general readers will be well-rewarded for looking into this book’s fascinating portraits of people and institutions, if only to help us appreciate the realities of the changing world systems surrounding us even as we are unaware of their details. 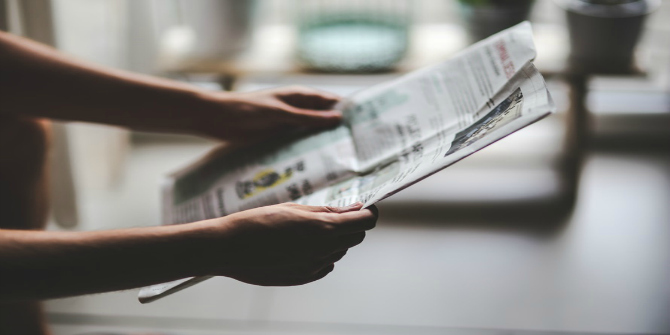