In this recent book, Luce Irigaray questions the work of the Pre-Socratics at the root of our culture. Reminding us of the story of Ulysses and Antigone, she demonstrates how, from the beginning, Western tradition represents an exile for humanity. In the Beginning, She Was reworks themes that are central to Irigaray’s thought: the limits of Western logic, the sexuation of discourse, the existence of two different subjects, and the necessity of art as mediation towards another culture. Reviewed by Megan O’Branski. 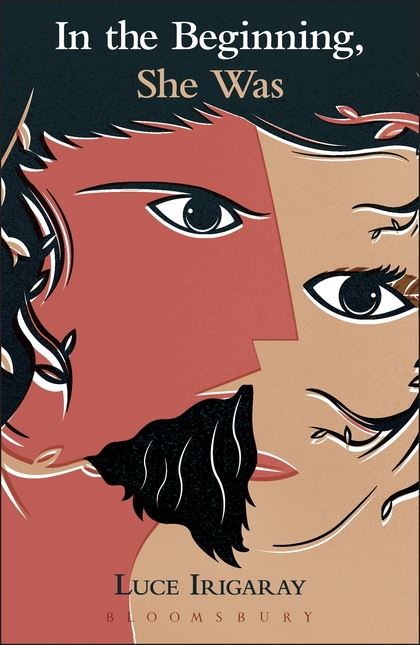 In the Beginning, She Was. Luce Irigaray. Bloomsbury. October 2012.

One of the most prolific contemporary intellectuals, particularly in feminist philosophy, Luce Irigaray has spent much of her long career examining the gendering of philosophical discourse. In doing so she has critiqued a significant number of thinkers, from Plato to Kant to – perhaps most famously – Freud and Lacan. To oversimplify her work, one of the points Irigaray has argued in many texts is that the exclusion of the feminine from discourse was necessary for its existence, and it is this issue that is picked up once again in In the Beginning, She Was. As a result of this exclusion, against the masculine subject, the feminine is posited as a lack or a void – the Other.

With In the Beginning, She Was, Irigaray continues unraveling some of the issues she raised in her previous works, notably those in Speculum for the Other Woman. She focuses once again on the ways in which philosophical discourse produces certain subjects (namely masculine) through the exclusion of other, non-subjects (namely feminine), and calls for an appreciation of the sexes as distinct from one another – a conception of humanity as two halves rather than one (masculine) whole. Irigaray argues for the recognition of “the between-us as an aspect that belongs to the core of our humanity” (p.22). The book is divided into six chapters, inclusive of an introduction and conclusion. Its composition is similar to her earlier works, in that three of the six chapters were independent pieces that have been organized around a central theme, although In the Beginning, She Was has been edited to read more like a single text than, for example, Speculum.

This new book picks up the issues of the denial of feminine subjectivity by returning once again to the ancient Greek philosophical tradition. In the opening pages of her work, Irigaray argues that through the teachings of the “master” to the “disciple” in philosophical scholarship, there is a severing of  the connection between the divine and the man who attempts to name it. Unsurprisingly, the divine is considered feminine, referred to as She or Her throughout the text, and it is from Her that an understanding of “truth” is passed to man, in the form of the master or sage (p.2). The master, then, in passing on what he knows to his disciple, obscures the source from which he gained his knowledge of the truth. This process leads to the alienation of man as, over time, “little by little, their teaching will introduce the disciple to an enclosed universe, parallel to the living world, to the natural world” (p.3). Interestingly for readers of Irigaray, she offers a rationale for her continuing return to Ancient Greek philosophy as a point of origin. Western cultural tradition, it is argued, is situated in a tense struggle between separation from the natural order in a (masculine) attempt to gain mastery over it, and a melancholic desire for a return to said (feminine) natural order.

In the fifth chapter, “Between History and Myth: the Tragedy of Antigone” Irigaray returns once again to the Sophoclean tragedy, but now with a more quixotic bend. She reveals more autobiographical information in this chapter than she has before, particularly surrounding her experience of “exclusion from socio-cultural places because of my public assertion of a truth that has been repressed…and that thus disturbs out usual order” (115). Though a bit hyperbolic at times – Irigaray refers to herself as “excluded from society” (115) –  the author’s positioning of herself in the Antigone myth is fascinating. Her willingness to be so forthcoming with these negative experiences is a bit jarring, and feels out of place in a philosophical text – making it, of course, all the more appropriate that  a disruption of the “normal” philosophical order should be done by Irigaray. Her experience appears to have given her a more empathetic understanding of Antigone’s tragedy, and she argues that Antigone’s need to bury her brother in defiance of Creon is a need to maintain the “natural order” and respect for the divine that is violated through the mastery of man. Antigone disrupts the patriarchal order as laid out by Creon in order “to maintain cosmic harmony” (122) by burying her brother in defiance of the king’s decree. Antigone’s resistance is driven by her need “to obey a higher order, unwritten laws, which the new order, embodied by Creon…intended to abolish” (118). She embodies the subjugated feminine divinity that Irigaray attributes to “Nature”, and her opposition to Creon is effectively an attempt to bring this feminine, Her, back to subjectivity.

The main contention I would raise with In the Beginning, She Was, and indeed that has been repeatedly raised with much of Irigaray’s work, is that it privileges heteronormative assumptions of both masculine and feminine subjectivity. Irigaray also begins with an understanding of the male and female as being inherently and diametrically opposed to one another. I take considerable issue with her starting position, which seems to me rooted in biological determinism. To my mind, the question that arises when reading both her earlier works and this most recent piece, is where those subjects who do not fit precisely within the heteronormative matrix reside. Irigaray’s foundational assumption, here and elsewhere, that what is left over from primary identification and constructed as “the Other” can then be interchangeably conceptualized as “the feminine”, is not wholly convincing. In her discussion of “between-us”, I was left wondering where alternative conceptions of masculinity and femininity would fit into her analysis, to say nothing of, for example, the intersexed subject.

Readers familiar with Irigaray’s other works will note with a bit of relief that In the Beginning, She Was is arguably far and away the most readable of Irigaray’s works to date. Irigaray’s written word is lyrical, almost ethereal, and yet she remains, in this work, able to coherently deliver her ideas to her audience. This book would be a good choice for readers interested in Irigaray’s philosophy generally, but is perhaps best understood having read her earlier publications. A familiarity with Speculum of the Other Woman would be very helpful before engaging with In the Beginning, She Was. 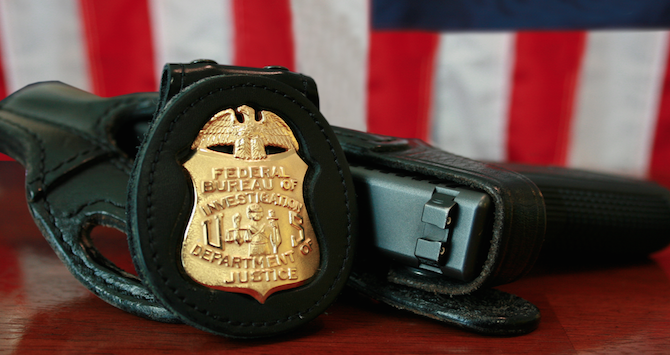 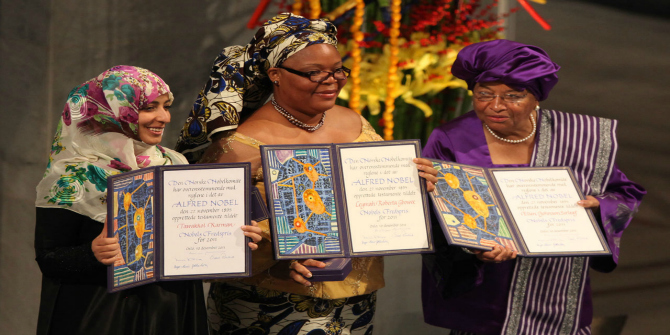