Marc Fleurbaey and Didier Blanchet report on their quest for good indicators of social progress. In Beyond GDP they delve into the ethical considerations and the economic theory behind four alternatives. They explain why income cannot proxy welfare, why assessing sustainability requires making predictions, and how the equivalent income approach seems promising. Pedro Rodrigues recommends this book to policy makers and scholars of all social sciences, psychology, ecology and philosophy that are dissatisfied with GDP as a measure of social well-being. We need to measure what we treasure, because what you measure affects what you do. GDP was designed as an indicator of economic activity, but economists are guilty of using it as a yardstick of economic performance and, sometimes, even as a proxy for social welfare.

In fact, GDP is a flawed indicator of economic performance, as it says nothing about the sustainability of our material progress. In the run-up to the financial crisis and the Great Recession that followed, real GDP in the US grew at around 4% per year, at a time that the housing bubble was inflating and the financial sector accounted for 40% of all corporate profits. As such, we need a measure of how healthy our economic growth is. Can it be sustained indefinitely without doing so at the expense of the well-being of future generations?

As a measure of current welfare, GDP’s shortcomings are even more evident, as people care about a lot more than just income. For example, their quality of life is influenced by security, longevity, good health, a clean environment, equal opportunity, social cohesion, distributive justice and having a political voice, among many others. Also, GDP doesn’t account for non-market activities such as household production and the value of leisure, and GDP includes spending that provides no immediate welfare. That is the case of investment that provides for future welfare, and a long list of items like legal services, commuting, and a lot of public expenditure that enters GDP at cost, an amount that exceeds its value to us.

In 2008, the French government appointed the Stiglitz-Sen-Fitoussi Commission to identify the limits of GDP as a measure of economic performance and to determine more relevant indicators of social progress. This book is an analytical complement to the final report, written by a member of the commission and by one of its rapporteurs. Marc Fleurbaey is a professor at Princeton and Didier Blanchet is a member of the French national statistical institute (INSEE).

Using insights from philosophy, welfare economics and psychology, Beyond GDP is structured around examining the pros and cons of four different approaches to measure social well-being (Chapters 1 and 4 through 6), each with different degrees of paternalism and perfectionism. The other two chapters provide informative but necessarily brief detours that enrich the book’s content. Chapter 2 covers sustainability (Arrow et al. 2004) and leaves the reader wishing there was more to read. Chapter 3 then explains why there is little correspondence between the representative agent’s revealed preferences and social welfare (Kirman 1992), and also why a welfare indicator has to depend on individual preferences, and cannot just rely on prices and quantities (Samuelson 1974). As a case in point, a good reason why aggregate income is not a good proxy for welfare is that people tend to value distributive justice. As the authors say, “[…] a smaller cake better distributed may be socially preferable to a larger cake badly distributed” (p. 85). The fact that distribution matters raises a host of interesting ethical and philosophical questions, such as ‘What ought to be distributed? Resources, well-being, or opportunities?’.

The first attempt to move beyond GDP is reviewed and discarded in Chapter 1. Composite measures such as the UN’s Human Development Index (HDI) synthesise a dashboard of indicators covering resources, security, education and health, but aggregate them arbitrarily with equal weights, a process with no basis in economic theory.

Chapter 4 considers a second alternative – corrections to GDP – that preserves the money metric but changes its contents, in the tradition of Nordhaus and Tobin 1972. The authors claim that environmental accounts (a.k.a. greening GDP) are not a good sustainability indicator and, instead, argue strongly in favour of the equivalent income approach, a money-metric utility that allows us to compare agents with different preferences. This is a willingness-to-pay indicator that I suspect non-economists will find less appealing. Although theoretically sound (see Fleurbaey and Gaulier 2009 and Jones and Klenow 2010 for two prototypes), its strong correlation with GDP and the practical challenges in capturing individuals’ preferences make it a hard sell, even to economists.

Chapter 5 discusses the merits of a radically different approach to measuring social well-being: asking people directly how they perceive their lives (Kahneman and Krueger 2006). Although popular among politicians, subjective well-being indices or ‘happiness data’ suffer from a number of psychological biases. For example, the data tend to reflect how people feel, rather than how well they live, and are excessively focused on their current mood. In addition, because people interpret in a different way how happy they are with their life, on a scale of 0 to 10, it’s impossible to identify from the data how individuals care about their absolute vs. their relative position, for instance. There are also significant identification problems (p. 199) as many variables in happiness regressions are not exogenous. For example, personality influences both income and happiness, so the influence of income on happiness is overestimated. Easterlin’s paradox – whereby happiness scores in various countries seem quite flat in the long run, in spite of a two- to three-fold increase in GDP over several decades – is clear evidence that the happiness data approach can be very misleading for public policy (see Easterlin 1974; Easterlin 1995).

The fourth alternative is presented in Chapter 6. This the most compelling approach from a philosophical perspective, but there are many pragmatic issues left unresolved. Amartya Sen argues that we need to go beyond “resourcist or welfarist measures because they don’t capture all the possibilities” (Sen 1985). Rather than focus on one’s achievements in terms of income or happiness, a good indicator of social well-being has to check whether one has the capabilities to flourish. This focus on opportunities rather than on achievements highlights the importance of effort. Of all four approaches, this one is by far the most ambitious and the most promising one, in my opinion. This is the spirit of the UN’s Human Development Index, even if this index is unacceptable in its current form (recall Chapter 1).

There are at least two major challenges in moving beyond GDP towards a comprehensive indicator of social well-being: (1) how to deal with aggregation problems, given that distributive justice matters and markets fail, and (2) how to obtain more reliable information on individuals’ preferences, because welfare cannot be determined using prices and quantities alone. I would have liked to read more on sustainability (covered briefly in Chapter 2) and on political economy issues (hardly mentioned), but it seems appropriate to deal with these separately and, thus, we’ll have to wait for a follow-up volume by the authors.

Given that what you measure affects what you do, developing indicators of social progress to guide public policy is an enterprise that is far too important to be left just in the hands of economists. Instead, as the authors suggest, this is an endeavour for all social scientists.

Get this book if you want to get up to speed on how to go beyond GDP in the quest for a better indicator of national well-being. But be prepared for a demanding read, as you’ll need a knowledge of microeconomics and growth theory beyond the undergraduate level.

Pedro Rodrigues lectures economics and public finance at the School of Social and Political Sciences, Universidade de Lisboa (UL) in Portugal. In 2007 he obtained his PhD in Economics. He has worked at the International Monetary Fund and at the Portuguese Ministry of Finance. He has done research on tax policy and pension reform using applied general equilibrium models. He blogs at www.10envolver.tk. Read reviews by Pedro. 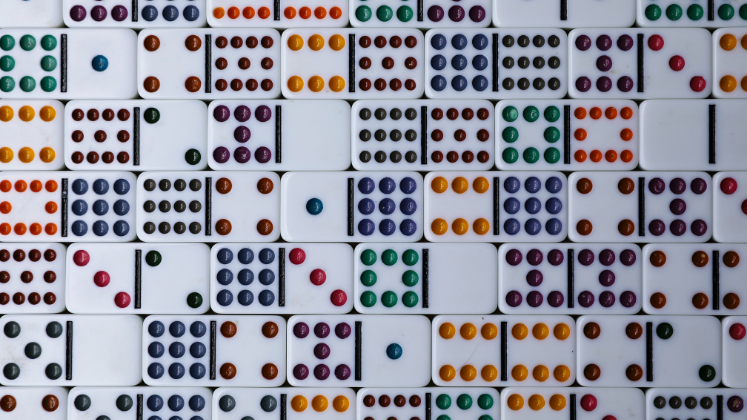