From the labelling of jihad as a ‘holy war’ to the generalization of all black Muslims as ‘converts’ to the religion of Islam, myths and deficiencies in today’s rhetoric and scholarship foster stereotyped images of black Muslims. Black Muslims in the US provides historical and contemporary analyses of political Islam among mainstream black Sunni Muslims in the US who—despite being the least-examined group by scholars— represent the largest, oldest, and fastest growing Muslim group in the US. This study is a useful and innovative resource for students interested in Islamic studies and American religious histories, writes Maja Milatovic. 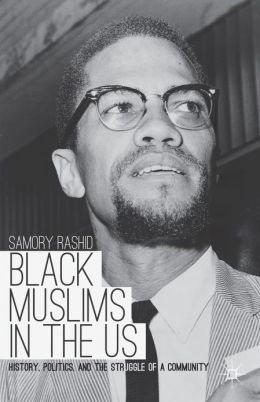 Black Muslims in the US: History, Politics and the Struggle of a Community. Samory Rashid. Palgrave Macmillan. July 2013.

Samory Rashid’s Black Muslims in the US: History, Politics and the Struggle of a Community is an innovative study exploring the survival of political Islam among blacks in the United States which challenges conventional theories and assumptions. Rashid’s seven chapter study utilising innovative theories explores a marginalised perspective on black Muslims in the US, relying on historical records, Islamic sources, primary source data, ethnographic accounts, field study and oral accounts.

Black Muslims in the US represents a continuation of Rashid’s scholarly work on Islam, his articles appearing in Islamic Studies, the Journal of Muslim Minority Affairs, the Journal of Islamic Law and Culture, and the American Journal of Islamic Social Sciences. Rashid’s analysis underscores the role and influence of blacks on political Islam in the contemporary era, examining a variety of inaccurate theories and preconceptions, scholarly biases and myths. More specifically, Rashid offers a critique of what he labels as the Waves of Immigration (WOI) theory or the dominant paradigm governing Islam in America studies asserting that Islam among blacks in the United States disappeared or virtually disappeared during 1870-1930. Apart from dispelling stereotypes and inaccurate portrayals of black Muslims, Rashid argues that the impact and influence of Islam and Muslims since the tragedy of 9-11 has grown without thoughtful analysis, propelling the need for additional scholarly engagement with Islam and Muslims.

Chapter One entitled “Hidden Transcripts” introduces the study’s basic themes of struggle, flight and community, as well as Rashid’s succinct critique of the WOI theory, challenging black marginalization or the systematic exclusion or omission of black Muslims from key parts of literature on Islam in America. Focusing on innovative research methods and theories, Rashid highlights the participatory observation technique as a useful way of exploring otherwise inaccessible domains that include black families, the segregated South, storefront mosques, black secret societies, black towns, black ghettoes, maroon settlements, penal institutions and hip-hop culture. Rashid argues that these environments are mostly neglected or omitted by the dominant paradigm but serve as a useful source on Islam in the black American experience.

In addition, Rashid describes James C. Scott’s “hidden transcripts” theory which offers yet another instrument for accessing the diverse and complex experiences of blacks in America, exploring power relations between dominant and subordinate groups in society. According to Rashid’s compelling analysis, hidden transcripts point out the discourse “offstage”, beyond the direct observation of power holders, which act as the privileged site for “nonhegemonic, contrapunctual dissident subversive discourse”. Hidden transcripts offer a way of communication for black Muslims which can be safely used, concealed and discarded when needed.

Chapter Two entitled “Political Islam in Florida?” offers rare preliminary evidence of early Islam among blacks in North America, arguing that the marron communities of antebellum Florida offered a supportive environment for the preservation of indigenous religion and culture. Although a consensus exists among scholars that the strongest evidence of the survival of Islam among blacks in the Americas is found in South America, Central America and the Caribbean, Rashid once again engages with marginalised fields of inquiry to bring forth novel and stimulating knowledge. The subsequent Chapter Three, entitled “Divergent Perspectives” focuses on the perspectives on the subject of “Islam in America” to show how the perspective one adopts largely determines the conclusions one derives.

Chapter Five entitled “Cases”, examines the behaviour of prominent political figures associated with contemporary political Islam, analysing 21 of the best-known cases of prominent individuals associated with black Sunni Muslims in the United States. This well-structured and engaging chapter aims to challenge specific portrayals of black Muslims in the United State as “homegrown” Muslims of marginal importance, “America haters”, newcomer “converts” and numerous others. In addition, Rashid identifies recurrent themes of struggle, flight and community associated with black Muslims. Although this chapter offers insightful glimpses into prominent social and political figures such as Marcus Garvey, Harry Dean, Mahdi Bray, Amina Wadud, Jamil al-Amin and Aminah McCloud, I find that this list would have benefitted from including more women and generally, a more sustained analysis of the particular issues affecting black Muslim women in the United States.

The book ends with Chapter Seven, entitled “Conclusions”, whose plural form indicates the diverse and rich material analysed, anticipating future scholarly analyses. Rashid ends his study with a summary of his endeavour to demonstrate how Islam survived among blacks in America despite slavery, Klan oppression, Jim Crow, Islamophobia, racism and various prejudices, stereotypes and silencing. Finally, this study is a useful and innovative resource for students, scholars and individuals interested in Islamic studies, American religious histories, ethnic minorities and researchers interested in utilising innovative theories and compelling arguments while examining under-represented and marginalised groups.