In his first book, Marcus Anthony Hunter has proved that he is on the cutting edge of urban sociology in Black Citymakers: How The Philadelphia Negro Changed Urban America. Hunter empowers the reader to understand his argument that black Americans have not merely been passive victims of change in urban environs, but rather that they created and used multiple modes of agency to act and react to those changes in ways that are equally determinate of the city’s outcome. Inequality and segregation are ever-present issues in America’s urban centres as evidenced by the recently circulated “Best Map Ever Made of America’s Racial Segregation” on Wired.com which notes that “Philadelphia shows distinct clusters of races”.

As Hunter makes clear in his first chapter, “If These Row Homes Could Talk” his focus is on the sociopolitical history of Philadelphia’s Black Seventh Ward and the changing racial geography of Philadelphia as “the decline of that area helped to reinforce and extend the prominence of emergent black neighborhoods in North, South, and West Philadelphia” (p.17). Now a professor of sociology at Yale University, Hunter’s research was heavily influenced by his time at Northwestern University and his fieldwork in Philadelphia. It is immediately apparent through the methodological explanation and discussion at the start as well as the presence of abundant endnotes that follow that this work is well researched. However, the academic quality does not make it inaccessible to the interested and educated citizen-reader. He has well situated his study in the literature of historians and sociologists and writes that his method of historical ethnography “draws inspiration from the notion of liminality” which places it “betwixt and between history, anthropology, and sociology” (p.222). Unfortunately, the missing discipline from this interdisciplinary space is geography. In his contention that “neighborhoods are socially and politically constituted physical areas of the built environment” (p.15) one expects it to be followed by the useful theory or relevant examples of urban geographers. While these references are not to be found, his full defense and explanation of his methodology can be found in the Appendix (221-234). Most likely, this lack of an approach informed by human geography is a structural problem of American academia.

W.E.B. DuBois’s The Philadelphia Negro was a study commissioned by the University of Pennsylvania and serves as the inspiration for Hunter’s research. He begins with its publication in 1899 and continues through several key events and moments up to 2010. In Chapter 3 “The Night the Roof Caved In” he moves from DuBois to The Negro Migrant in Philadelphia a study led by several advocacy and community groups which formed the Committee on Negro Migration in Philadelphia in 1924. This study highlighted that the primary issue facing residents was substandard housing. The concern finally reached a boiling point when a tenement collapsed in 1936 killing several residents and bringing greater coverage by the local newspaper the Philadelphia Tribune. A striking observation from Hunter is that despite this mounting chorus, “similar to the response the Negro Migrant Study of 1924 received, neither the mayor nor city officials seriously considered the Philadelphia Tribune’s call to action” (82). Here, Hunter calls attention to the lack of municipal action that has been taken in the past in response to such sociological reports – whether academic or journalistic. This case study is an example of how Hunter allows the reader the tools to make connections to present-day situations of political agency, something he excels at throughout the book.

It is refreshing to read the examples of intrapolitical/intraracial politics that provide an excellent level of nuance and reminder that history was not a smooth linear path. This feature is particularly strong in Chapter 5, “Philadelphia’s Black Belt” by pointing out the similarities between the post-civil rights era and DuBois’s observation that the “Negro [vote was] a tool of the Republicans” (p.167-8). As Hunter chronicles the turning tides from marginal activism to holding political appointments and offices and the success and setbacks of moving “from middlemen to mainmen” (p.171) the need for black urban activists to move outside the two-party system becomes apparent. Presciently, Hunter then moves into the stories of third-party campaigns by the Americans for Democratic Action and the Philadelphia Party creating conditions that set the stage for W. Wilson Goode’s “subsequent election as the city’s first black mayor in 1983” (p.185). Similarly, Hunter anticipates the reader’s questions by considering the impact of white flight and other demographic changes.

Although Hunter uses signposting to a fault and reiterates his ideas to the point of being repetitive, this book could serve as a model for new scholars in its clarity of argument and organization; Hunter never fails to define his terms. There is no question that providing such a micro social history of urban (re)development in Philadelphia simultaneously proves to offer a useful methodology for continuing studies in other locales. At the same time, I cannot help but wonder what else might be added if he had incorporated the perspectives of human geographers for unpacking the rhetoric of the Crosstown Expressway in Chapter 4, “Philadelphia’s ‘Mason-Dixon’ Line” and made connections with architectural movements in urban planning to contextualize the neighborhood activists “hopes of shifting the city’s bias away from demolition and toward an approach that integrated community preservation” (p.133).

One senses that Hunter would be an excellent leader or advisor to a present-day urban coalition of political activists in Philadelphia or his own community now of New Haven. Much like DuBois’s original work which he notes “would largely fall on deaf ears” (p.4) we can only hope that planners and politicians take note of Hunter and his powerful insights.

Nathan Bullock is a researcher of space, place, and identity with a focus on the topic of citizenship in urban geographies. He spent a year in Singapore on a Fulbright Fellowship and is now continuing his research in the MSc Human Geography and Urban Studies program at the LSE. Read more reviews by Nathan. 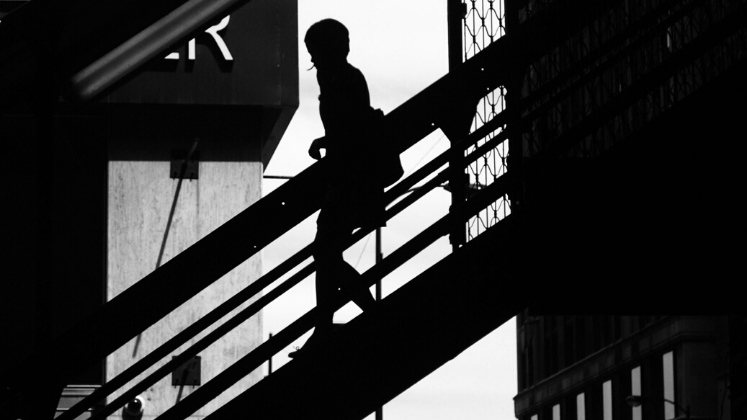 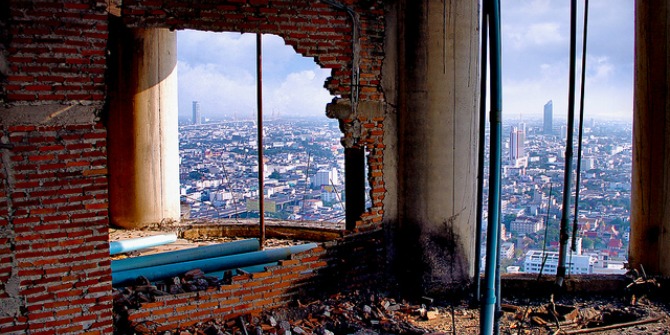