This collection of essays, edited by Bradley W. Hart and Richard Carr, provides a detailed intellectual anatomy of the British Conservative Party, its philosophical and historical underpinnings, and offers a perspective on what lessons it can learn from its past. Alastair Hill argues that the volume is impressive in scope, and shows that the party must adapt to the modern world if it is to repeat the successes of the previous century. 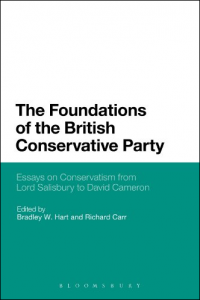 Despite being in power as part of the Coalition Government, at present the prospects for the Conservative Party in the 21st century are uncertain. Party membership is in long-term decline, the party has been all but been eradicated in Scotland, and on current trends the same may soon be true in the North of England. With the planned electoral boundary changes defeated this parliament, the odds look set against David Cameron achieving a majority in 2015.

In many ways these trends are surprising given that almost indisputably the 20th century was the ‘Conservative century’. For 68 years of those 100 years the Conservatives remained in power (albeit sometimes in coalitions), and suffered substantial defeats at general elections on just four occasions.

This book adopts this as its central premise, considering the many facets of the British Conservative Party from 1900 until the present day. Through contributions on a number of distinct issues the authors collectively address the question of how the Party managed to remain in power for much of the 20th century, despite significant political and social change. In doing so this volume invites questions on how the Conservatives may best adapt to a similarly challenging political environment in the 21st century.

Impressive in its scope, Bradley W. Hart and Richard Carr’s book, The Foundations of the British Conservative Party, features a collection of essays on topics including the EU, the Ulster question, economics and the mechanics of coalition government. Covering political history, political science and economics, this volume is a valuable update of previous collections focussing on the Conservative Party’s recent past.

Irwin Stelzer’s piece on conservative economic policy in the 21st Century, Steven Howell’s analysis of local government and Chris Wrigley’s essay on Conservative-Liberal Coalitions since 1895 will all be of particular interest to contemporary politics students. Stelzer’s essay is a particularly thoughtful piece which provides significant cut-through against the Hayekian and Keynesian poles which are now increasingly resurgent in modern economic thinking. Those on the left who frequently lambast Murdoch’s economic darling – a charge he avowedly refutes – may be pleasantly surprised upon reading this essay. Meanwhile the latter two chapters mentioned address key features of the present government. In tracing the political history of localism and Conservative-Liberal Coalitions over the last century they serve to place the current Government in wider historical context.

For want of space I am unable to do the majority of these chapters full justice. Instead I wish to focus on drawing out some of the wider themes from Bradley Hart’s introductory piece, Stuart Ball’s overview of the principles of British Conservatism from Balfour and Heath, and Kieron O’Hara’s piece on the ‘Conservative Dialectic’ of Margaret Thatcher’s first term.

I do so for a simple reason: much of the Conservative Party’s current intellectual outlook can be analysed through the intersection of two distinct periods, before and after Margaret Thatcher. Taken as a whole these three chapters excellently outline the intellectual debate which confronted the Conservative’s during the 1980s. As Ball notes, for much of the 20th century the principles of the Conservative Party were loosely based on Burkean scepticism and trust in the virtues of tradition. With a sceptical disposition towards grand utopian projects, the British Conservative Party of the 20th century generally concerned itself with the maintenance of order, sound money and competent government.

In the 1980’s however a new branch of thinkers entered the party who had imbibed the more radical liberal philosophies of Friedrich Hayek and Milton Friedman. The resulting melting pot of ideas formed much of the modern Conservative Party’s outlook: a (supposedly) uneasy marriage of free-market liberals and social conservatives. I say supposedly as the well-trodden philosophical dichotomy between Hayek and Burke (and I would add Michael Oakeshott who is unfortunately conspicuous in his absence across these three chapters. In my mind, his 1956 essay On Being Conservative outlines most clearly the broad principles of pre-1980’s conservatism) is frequently over-stated. Hayek himself had a strong theory of the virtues of tradition, describing an adherence to tradition as essential repository of knowledge which helps ensure the free-market works effectively. Moreover, Burke/Oakeshott and Hayek share an anti-rationalist outlook, both sceptical of grand projects or historical narratives. Conservative thinkers of all stripes also share a strong commitment to freedom of the individual.

O’Hara’s chapter cashes this out in normative political terms. While clearly there was a modest clash of values in Thatcher’s first term, many of the philosophical fundamentals now coexist within the Party without too much trouble (I say that in full knowledge of the split on Europe, although, I would argue much of the Tory right’s opposition to the EU now owes little to reasoned political or philosophical thinking, more just straightforward ‘little Englander’ nationalism).

All that said, at the start of the 21st century social liberalism is increasingly becoming the British public’s default setting. As a result it is arguably the Chancellor George Osborne’s blend of economic and metropolitan liberalism which seems mostly likely to define the Party’s outlook in the future. This will be helped by the fact that Osbornites are now politically ascendant, as evidenced by the latest government reshuffle. Occasionally the party wrestles with its traditionalist roots and the 1980’s dialectic reappears – gay marriage immediately springs to mind – yet the direction of the Conservative’s heading to the 2015 election is avowedly pro-business and increasingly socially liberal.

Despite the wide-range of engaging subject matter across the chapters in this volume, party political Conservatives might wish to be warned of the concluding chapter. Here, Hart and Carr mount a rousing defence of Gordon Brown’s economic record, slam the Conservative’s recent modernising attempts, argue that Labour has been proved right on the deficit and cuts to public spending during this parliament, and criticise the Tories’ inability to appeal to Britain’s burgeoning migrant population.

With the benefit of up to date economic performance figures the economic narrative presented by Hart and Carr here now looks increasingly questionable. In fact it now looks likely that the Conservatives will go into the 2015 election boasting a reasonable record on the economy. Despite this, I would accept that much of the critique of modernisation is hard to argue with. The Tories undoubtedly need to do more to modernise and need to work hard in order to rebuild their support in the North and get a foothold amongst BME voters. Astoundingly, a recent YouGov poll found that a quarter of people living in the north do not know anyone who they think supports or votes for the Conservatives. For the Tories to achieve a majority Government for the first time since 1992, such issues will clearly have to be addressed.

As a whole the contributions in this volume emphasise that the Tory Party’s success over the last century lay in their ability to pragmatically embrace social change and stay in touch with the general public’s political outlook. Success in the 21st century will depend on them being able to repeat this. 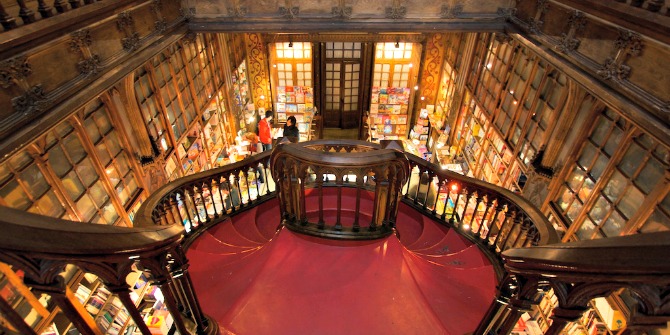 The best bookshops in Porto, Portugal 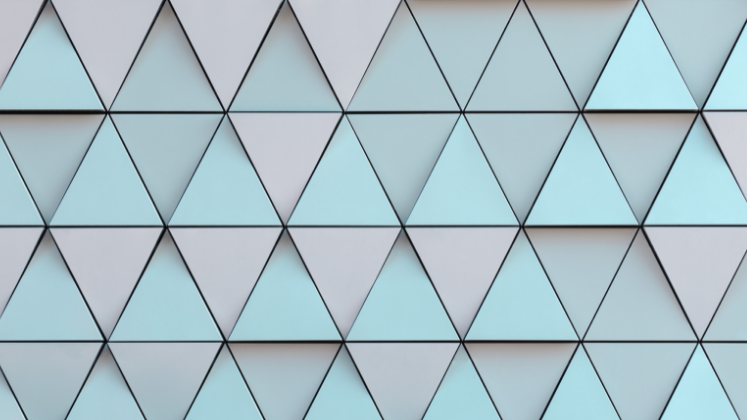