In this book Victor Buchli sets out to explain how anthropology thinks about public and private boundaries, gender, sex and the body, the materiality of architectural forms and materials, building technologies and architectural representations. Luke McDonagh finds interesting Buchli’s observation that anthropologists tend to view state institutions such as prisons, hospitals, and schools as not mere static vessels but as deliberately designed symbols of disciplinary power, overseen by the state. 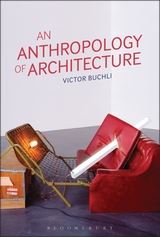 Victor Buchli‘s interesting new book is entitled An Anthropology of Architecture. It is a highly ambitious work, the first direct attempt to provide such a detailed anthropology of architecture as a subject, but given the large amount of existing publications that analyse the somewhat nebulous notions of ‘architecture’, ‘space’, ‘place’, and ‘home’, Buchli admits at the outset that his work provides only a ‘non-comprehensive survey’. Thus, rather than applying broad, all-encompassing strokes, Buchli’s main focus is instead on ‘the more specific question of the materiality of the built form in its various material registers’. In this respect, Buchli focuses on the establishment and maintenance of domestic, and occasionally some public, spaces; he then goes on to examine the materiality of architectural forms, and to explain how architecture gives meaning to people’s lives while also shaping, sustaining (and unraveling) social relations. Indeed, over the course of this work Buchli illustrates quite aptly that the establishment, maintenance, and destruction of buildings, within and without particular architectural forms, has had a potent effect on the development of anthropological theories relating to consumption, to domesticity, to imprisonment, to religion etc. (and there is, to my reading, also a tantalising suggestion that perhaps the anthropologists have influenced the architects in turn).

Importantly, this is definitively not only the story of architecture in ‘the West’ – true to anthropological form, over the course of the work Buchli surveys and covers a diverse range of architectural perspectives from all over the world. Figurative examples highlighted in the book include Stonehenge, a Maori meeting house, a Lake Zurich dwelling, a Japanese house, a modern gated community, and post-war Soviet interiors.

The first chapter, which primarily covers the 19th century, outlines the parameters of the book’s engagement with the subjects of architecture and anthropology. It also sets the scene for the fuller examination of the interplay between the two areas over the course of the book. This exploration really begins with the second and third chapters – ‘Architecture and Archaeology’ and ‘Social Anthropology and the House Societies of Lévi-Strauss’. In these chapters Buchli covers a lot of ground – references are made to Karl Marx, Martin Heidegger, Judith Butler, Bruno Latour, and Alfred Gell, to name but a few – skipping deftly through the halls of philosophy, sociology and anthropology to draw attention to the way archaeological insights provided inspiration for later post-structuralist commentaries on what architecture ‘does’ and how the ‘body’ is affected by ‘space’.

For me, the most interesting chapter of the book is the fourth one – ‘Institutions and Community’. In this chapter, Buchli analyses how institutional forms have influenced anthropological thought. Examples he explores include London’s renowned ‘Crystal Palace’ – seen as ‘the ethnographic museum’ of the mid-19th Century – and Jeremy Bentham’s famous Panopticon, which in turn was highly influential on Foucault’s well known critique of governmentality. Buchli notes that anthropologists tend to view state institutions such as prisons, hospitals, and schools – which tend to operate around distinctive, planned architectural forms tailored to each institution’s behavioural purpose – as not mere static vessels but as deliberately designed symbols of disciplinary power, overseen by the state. Similarly, the era of consumerism within the wider business world is also examined here by Buchli, who gives the examples of the shopping mall – often a multifaceted set of buildings designed architecturally and spatially in specific ways in order to entice masses of people inside and to keep them there for as long as possible. Then, towards the end of the book, Buchli discusses how technological change poses a challenge for anthropological and architectural studies, addressing the advent of ‘3D printing’ and outlining how it may come to affect our perception of domestic ‘spaces’.

Overall the book is to be recommended. One of the most impressive things about it is that it covers a lot of ground within a relatively concise 212 pages, but it does so without ever appearing to be a superficial, entry-level text. Upon finishing the book, the reader is left in little doubt that Buchli is an expert within the field(s). However, if the book does have a minor flaw, it is in the prose style, which comes across as a little dry; meanwhile, the book tends to read like a collection of essays rather than a fleshed out coherent, narrative whole. Nonetheless, despite these minor reservations, I have no hesitation saying that the book is an excellent piece of analysis – it has certainly opened my mind to the important and complex (but hitherto unknown, at least to me) interplay that exists between the subjects of architecture and anthropology.