What it would be like to be tasked with finding, exhuming from dozens of mass graves, and then identifying the body-parts of an estimated 8,100 victims of the 1995 Srebrenica massacre in eastern Bosnia? In 1999 one DNA laboratory, run by the International Commission on Missing Persons in Sarajevo, decided to try and solve “the world’s greatest forensic puzzle’. In this book Christian Jennings aims to describe how this was done, and how these new forensic techniques are now being used identify the victims of Hurricane Katrina and the Indian Ocean tsunami. Julia Himmrich finds that although this book may disappoint academics, it does deliver some informed insights on different aspects of the conflict for new readers.

There are many stories that Christian Jennings wants to tell in Bosnia’s Million Bones. In his years working on Bosnia, mainly as an investigative journalist, Jennings has gained a deep understanding of the situation in the country during the post-war period. Jennings is also a former staff member at the International Commission on Missing Persons (ICMP), set up to employ DNA-assisted technology in the challenge to identify the bodies of victims of the Bosnian civil war (1992-1995). Bosnia’s Million Bones takes in twelve chapters covering the search for evidence of mass murder, how the new human identification system was built, how the world deals with war criminals, and how the system has been used in other regions of the world. Jennings’ excellent journalistic writing shines throughout and gives the reader many lasting insights into some important historical events; for example, Jennings recounts traumatic scenes from the Srebrenica massacre, and details the tense beginnings of the Mladic trail. However, it is sometimes unclear what it is that Jennings wants us to understand about Bosnia and about the difficult and agonizing process of finding truth after a civil war defined by war crimes. Rather than an academic account of how DNA analysis is changing the worlds of war and justice, this account is only a partial overview of some key debates and histories.

Fundamentally, the book tells the story of the ICMP, established in 1996 on the initiative of US President Bill Clinton. The original mission was to respond to the need to identify the thousands of victims of the massacres of Muslim men by the Army of the Republika Srpska, the self-proclaimed Serbian Republic of Bosnia and Herzegovina, under the command of Radko Mladic during the Bosnian civil war. The book focuses on the massacre of Srebrenica in 1995, in which more than 8,000 Muslim Bosnian men were executed. Their bodies were buried in mass graves and then reburied in different locations to hide any evidence.

The ICMP team developed a simplified system for DNA analysis, which allowed the organisation to process a large amount of samples from family members who suspected that their missing relatives lay among those murdered at Srebrenica. These DNA samples were then matched with those of the remains of the victims, helping to identify them. The ICMP method represented a huge leap forward for victim identification, and the expertise developed – mostly by young local science graduates – were also applied to other tragic cases of mass deaths caused by war or natural disasters. The ICMP has now operated on cases from tsunami victims in the Philippines to victims of war in Guatemala, Chile and Libya.

For this reviewer, Jennings’ narrative ends up being a bit muddled between accounts of the massacre, a very general description of the Balkan wars as a whole, attempts to provide insights into the lives of the victim’s families, and descriptions of the hunt for war criminals. The end result is a rough account of complex events, which will add little for those already well-read on the Balkan wars but has the potential to give informed first insights into different aspects of the conflict for new readers.

It appears that the heroes for Jennings are “the international community”. The work of human rights organisations is praised throughout, as is the work of diplomats; referring to Paddy Ashdown as the appointed High Representative in post-war Bosnia, Jennings describes him as “exactly what Bosnia needed at that moment”. However, the at-times controversial position of the international community – such as the divisive issue around the role of the Dutch UN peacekeepers in Srebrenica – is simply glanced over by Jennings. He instead chooses to focus on the scientists and professionals from Australia, Canada and the United States who developed the method for the ICMP.

Sadly, the book falls short of engaging with the effect of the ICMP’s work on the Bosnian population and the post-war reconciliation process. In fact, it is difficult to identify in the book descriptions of Bosnians that do not serve the image of victims: violated men and grieving women. Throughout the book we return to the story of Kada Hotic, who suspects several of her male relatives were killed in Srebrenica. She awaits anxiously the confirmation from the ICMP, which finally comes. Jennings’ description however does not go beyond describing her grief for her family, and her wishing, hoping, and desperation, merely as an extra in the background scenery for the success story of the ICMP.

So where can we place the work of the ICMP in the longer-term process of post-war Bosnia? Undoubtedly, the identification of the victims is a first step in a wider framework of a truth and reconciliation process for the country and for the communities that were affected. Instead of giving a more differentiated analysis, Jennings chooses to move on to describing how the ICMP’s methods were applied in other scenarios.

There is also the description of the capture of Ratko Mladic, the Bosnian Serb military leader currently on trial at the International Criminal tribunal for the former Yugoslavia (ICTY) for the massacre of Srebrenica. The account of his trial in The Hague leaves little space for reflection on the highly debated effect of the trials in the international court on the local communities. Jennings does not engage with questions of the importance or possibility for finding truth after conflicts, arguably the key reason for the ICMP in the first place, and what needs to be done if this truth is to be found.

Overall, Jennings’ account – while without doubt based on many years of experience and an in-depth knowledge of Bosnia and its conflict – falls short of finishing any of the stories it sets out to tell. This reviewer was left wanting a more comprehensive analysis of the meaning of the ICMP for Bosnia, which goes far beyond simply identifying victims. The book is therefore much more suited to a general reader looking for an introduction to how this technology has been used in the fight for justice. Academic readers may be more interested in Investigating Srebrenica: Institutions, Facts, Responsibilities, edited by Isabelle Delpla, Xavier Bougarel and Jean-Louis Fournel (reviewed on LSE Review of Books).

We cannot ignore the fact that the development of the ICMP’s operation is a wonderful success story of an NGO that responded to a specific local need, trained local staff, and found a way for its expertise and knowledge to be shared internationally. Jennings’ enthusiasm for the organisation is understandable, justified, and inspirational. The book’s focus on the international rather than the local may be symptomatic of the challenges thst international observers are now facing in the overwhelming situation of a civil war and its aftermath. All too often it leads journalists and other observers to focus more on the familiar, the work of ‘internationals’, the individuals, the NGOs or diplomats, rather than to engage fully with the unseen local context which is unlikely to offer a full closure to the story before they can move on to the next international emergency. 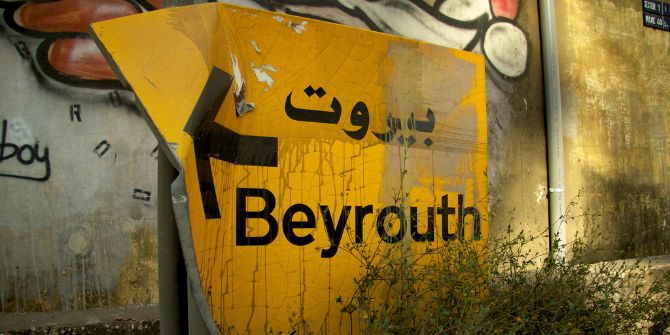