In an era of irregular labour, nagging recession, nuclear contamination, and a shrinking population, Japan is facing precarious times. How the Japanese experience insecurity in their daily and social lives is the subject of Precarious Japan. Moving between the structural conditions of socioeconomic life and the ways people are making do, or not, Anne Allison chronicles the loss of home affecting many Japanese, not only in the literal sense but also in the figurative sense of not belonging. Sneha Krishnan finds that this is an excellent primer not only on contemporary politics and society in Japan but also in the study of socio-economic instability around the world. The acknowledgements section of Anne Allison’s book Precarious Japan begins with the words: ‘This book – on pain and precariousness, struggle and hope’, and this is perhaps the best summary of the book’s complex and affectively examined themes. Allison’s book examines the empirical context of ongoing socio-political struggles in Japan since the move in the early 2000s from an economy centred on job security and stability to a focus on individualism and competition. Allison uses the theoretical lens of precarity to explore the sense of ever-present danger and of being on edge that can be observed not only in daily news reports and the mood of public culture in Japan, but also in people’s own accounts of their lives.

The book begins on a sensational note with a study of the reportage of a shocking event: the death by starvation of a fifty-two year old man, and almost worse, the discovery of his “mummifying” body a month later. From this Allison goes on to an account of hikikomori – those who have socially withdrawn, estimated to number a million people in Japan – and to the vast increase in the number of seemingly unexplained violent attacks in conspicuously public places in Japanese cities, usually by homeless men, living without families, and leading a “precarious existence” (p.3). Following in the line of scholars like Butler rather than seeking to explain these events through any accounts of individual agency that would then require a binary condemnation or condoning of them, in the six ethnographic chapters that follow Allison instead studies what these events have in common: “the collapse of mundane everydayness – of lives at once obsessed with and then left unfulfilled by food, human connection, home” (p.2).

As Allison notes, precarity is a ‘word of the times’ (p.6). It has come into social science usage most noticeably with the publication of Guy Standing’s 2011 book, The Precariat. A portmanteau of precarious and proletariat, Standing examines contemporary youth struggling with an increasingly volatile economic situation, and argues that a new, vulnerable class of those poised on the brink of falling into poverty has emerged from the gradual shift over the late 1980s and early 1990s to less secure and more contingent forms of work, and the increasing spread of neoliberal values of competition, austerity, and responsibility over state support. Standing’s argument has had resonance with many other researchers’ work, and itself draws from the arguments made by scholars like Ulrich Beck on the emergence of a risk society. These studies critically examine modernity, and its contemporary global iteration, in the context of everyday life and its gradual, but palpable transformation.

The study of risk and precarity also draws from Foucauldian studies of governmentality to discuss the construction and management of risk, as instrumental practices in regimes of power. This strand of work is dominated by queer and feminist scholarship, which has highlighted the discursive construction of anti-normative or subversive practices as risky and their making as subjects of surveillance and policing, for instance in public health discourses that stigmatise gay men and sex workers (see Butler and Halberstam. Norms, these scholars suggest, emerge as frames of reference, in the discursive construction of what counts as life, worthy of protection, and what might be allowed to be destroyed, thus producing schema that render the lives of some – youth, the working classes, queers etc. for instance – more precarious than others.

The great strength of this book is that it brings together these different strands of theory in her analysis of precarity – as embodied affect – and precariousness – as the wider socio-political context of instability, that transforms everyday life. The first ethnographic chapter builds on much of Allison’s previous work to trace a history of home, work and the ‘everyday’ in Japan. In the second and third chapters, she addresses intimate spaces – the home, and what becomes ‘home’ when one is homeless – and their transformation, through a study of youth lives in contemporary Japan and what she terms “ordinary refugeeism” (p.43), or the increasing ordinariness of homelessness; and motherhood and emerging modes of care, and hope as the meanings of ‘home’ change radically.

This third chapter on the existential struggles over ‘home’ and its meanings is perhaps the most interesting in the book, as well as the one that links most directly to Allison’s previous work on motherhood, sexuality and the politics of gender at home and work in Japan. Tracing the evolution of the nuclear family in Japan in the post-war period’s rapid economic recovery, Allison describes what she introduces before as ‘the family corporate system’ (pp.28-30). In this set up, men tended to work in cities in ‘lifelong’ jobs, reached by a long commute from the suburbs, while women performed the role of keeping the home and managing the education of children. Increasingly, with precaritised work, Allison describes forms of ‘homelessness’ that have set in different ways. For some this is literal; they have lost their homes, and live in parks, their ‘normal’ everydays having come to be drastically redefined. For others, ‘homelessness’ occurs because of their inability to find good jobs, marry and settle down: leading increasingly to lonely, unsatisfied lives. This chapter is ethnographically rich and engaging, sketching intimate accounts both of the despair of homelessness and the everyday ways in which people cope with it.

Allison then moves on to a study of ageing, death and pain, and everyday strategies used to mitigate the risks of these. She concludes the book with a chapter that recuperates practices of hope and belonging that have emerged since the Fukushima explosion in 2011. This chapter highlights the sheer bleakness of this situation, whilst also examining the forms of community, and collective responsibility that have come to being in response to it. She ends on an ambiguous albeit rigorously critical note: “There are some youths shovelling mud in Ishinomaki, others are becoming mayors of towns, and still others are happy to live with their parents and hang out online with their friends. Is a temporality of the forever-present precarious?”

If a criticism can be made of this book, it is primarily that it is at first relentlessly bleak, in a way that Allison’s previous books are not. However, the book gradually develops accounts of hope, agency, and collectivisation among those most starkly precarious. Allison’s book is comprehensive, and an excellent primer not only on contemporary politics and society in Japan but also in the study of socio-economic instability around the world. 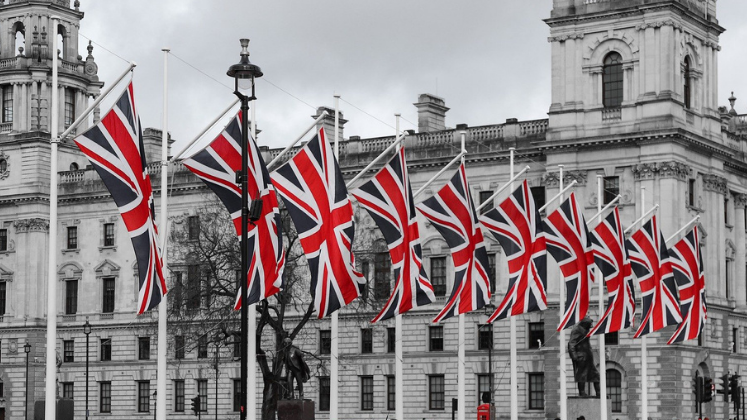