What will England’s higher education landscape look like in 2020? It has shifted dramatically over the last two decades, partly in response to wider social and economic trends, which have greatly increased the demand for places, and the behaviours of academics and university managers have also helped shape the emerging contours. Nevertheless, the degree of politically-driven change has been remarkable. Since 1992, when the former polytechnics were awarded the title of universities and two separate funding councils were merged into one, politicians have rarely paused for breath before establishing yet another inquiry or drafting new legislation.

Lord Browne’s committee – which was asked to examine the financing of higher education institutions and students, but ended up addressing a range of other topics as well – reported in 2010, and is only the latest major review of the sector. The government outlined its response in the 2011 White Paper, and it is the impact of this new policy agenda that Browne and Beyond seeks to address. It looks as though the authors were writing their chapters in late 2013, so that their responses are inevitably hedged with the recognition that we still don’t know what the longer term consequences will be. And – like Browne’s committee – the book barely mentions the research function of universities, or their wider role in the business and civic domains.

Most people probably think of Browne and the White Paper in connection with the massive rise in undergraduate tuition fees. The setting of a new cap of £9,000 a year was certainly headline-grabbing, though in the fuss it passed almost un-noticed that the decision to ‘price to the cap’ – as almost all universities did – was taken by institutions themselves. Behind the immediacy of student protest, though, lies a lengthy series of discussions over higher education funding. Michael Shattock’s chapter shows how university funding was effectively fudged by the much-lauded Robbins Committee, whose report brushed off Treasury concerns about the likely costs of expansion. Shattock concludes that the sudden shocks of 2011 have been avoided, with less incentive for politicians to intervene, if Robbins had acknowledged the public expenditure implications of expansion.

Interestingly, it was Conservative MPs who blocked attempts by Keith Joseph and others to move towards cost-sharing – a pattern easily explained when one remembers that Conservative voters were more likely than Labour voters to have children at university. Anna Vignoles asks whether recent measures to widen participation have improved the prospects of greater social mobility – and how these prospects are affected by the new funding arrangements. Her main findings are that social inequalities of higher education access remain stubbornly in place; the size of the gap has been fairly constant, and the early evidence suggests that the new fee regime has neither increased nor reduced it. Rather, says Vignoles, poorer students have so far been protected against the harshest elements of the changes.

Vignoles concludes that tackling social mobility must mean reversing unequal patterns of school attainment, though she agrees that universities can also influence demand from poorer students. Actually, she understates this: as Vikki Boliver shows, Russell Group universities make quite different offers to applicants with similar educational records who come from different social and ethnic backgrounds. And if we are to measure the impact of the reforms on social mobility, we also need to know more about drop-out and success rates for different groups, which of course can only be examined over the longer term.

If there is no real evidence that students from poorer families have lost out, the picture for mature and part-time students is much more worrying. The UK’s higher education system has broadly favoured lifelong learners, but the new funding regime is clearly deterring large numbers of adult returners. Claire Callender’s chapter shows that although the Coalition Government believed that extending loans to part-time students would encourage lifelong learning, the effect has been the opposite of that intended. Data published this January, after this book had been published, show that the decline in new part-time students is continuing; there are now real threats to the capacity of institutions to offer a viable part-time programme. Callender makes a number of suggestions for improvement in our understanding of what mechanisms might support lifelong learners, but she concludes by asking whether the political will exists to meet these challenges.

The longer term impact of the reforms is, of course, still unclear. Some have lamented the death of the public university, but on the whole the contributors to this volume take a more measured view. The reforms are still working their way through, and institutions are still deciding how best to position themselves in this new environment. For many academics and universities the key decisions are likely to be made if and when there are significant changes in the support system for research. At this stage, the universities are still publicly funded, albeit on a basis that several authors in this volume see as unstable and unsustainable. As Paul Temple shows here, the private higher education sector is growing, but at the moment it is still limited in scale and size.

Yet while the changes have been less apocalyptic than some claim, they are still shifting the terrain, possibly irreversibly. Callender and Scott end by predicting that, whether or not English higher education has truly entered a competitive market, it is highly likely that the reforms will accelerate the development of the managerial university. It says something about the standing and performance of university managers (with the exception of the decent and humane former vice chancellors and registrar in this volume) that hardly anyone would view that was a welcome idea.

John Field is an Emeritus Professor in Education at the University of Stirling, and continues to pursue his research interests in the role of post-school education and training in contemporary European societies. He tweets as @John__Field and blogs at thelearningprofessor.wordpress.com. Read more reviews by John. 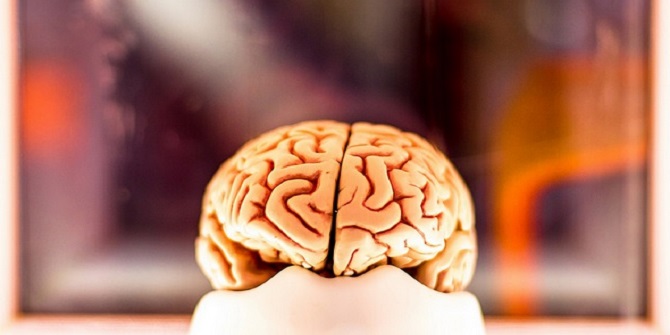 Book Review: The Hungry Mind: The Origins of Curiosity in Childhood