Is feminism undead? Feminism and Popular Culture seeks to map the fraught and often unpredictable relationship between popular culture, feminism and postfeminism. From the shadowy city spaces of Mad Men and Homeland to the dystopic suburbia of The Stepford Wives and American Horror Story, the authors trace the maniacal career women, hysterical housewives and amnesiac daughters who roam the postfeminist landscape. Through recourse to these figures, they attept to illuminate postfeminism’s obsessive resuscitation of seemingly outdated models of femininity and ask why these should today be gilded with new appeal. Jade Montserrat recommends the book to pop culture fans and scholars alike.

As International Women’s Day 2014 is now upon us, Rebecca Munford and Melanie Waters’ Feminism and Popular Culture: Investigating the Postfeminist Mystique is certainly timely. Aiming to analyse post-feminism’s ‘historical slippages and haunted temporalities’, the authors re-visit Betty Friedan and Gloria Steinem and seek to cover the ways in which popular culture ‘negotiates debates within and about feminism’. In this reviewer’s opinion it demands reading by as wide an audience as possible, encouraging a shared consciousness on the issues.

Feminism & Popular Culture is different from others texts in the literature in that it emphasizes the impact of the postfeminist Gothic throughout. The authors’ plan of attack is divvied up into five chapters, with an introduction entitled ‘All the world is waiting for you’ and a ‘Ghostscript’. In keeping with the theme of the book, prospective readers are immediately encouraged to approach with this question in mind: Is feminism undead? The authors certainly suggest it is, focusing on a ‘hauntology’ of feminism. The authors argue that “the postfeminist mystique – like the feminist mystique before it – works by mobilizing anachronism… In anachronism, the past is revisited upon us: what we thought to be gone returns, confirming its ability to influence the present” (pp. 10-11).  Readers are required to entertain echoes reverberating from a not too distant popular past in the shape of Madonna and her spawn Lady Gaga, and to analyze the abstruse development of Miley Cyrus, her forthcoming Bangerz Tour, the accompanying press releases and perplexing sound-bites. “Situating amnesia as a pre-eminent postfeminist modality, we suggest that a palimpsestuous reading of popular culture allows for the productive reproduction of feminist memory”, write Munford and Waters (p. 14).

Before detailing some of the chapters, some short analysis of the cover is invaluable here. “Peace and Justice in ‘72” reads the billboard on the street through which Wonder Woman charges, taken from the original cover of Ms. Magazine. Incredulous reads her face – interpret as ‘so much to do, so little time’. Despite her towering scale and outward resilience, she might only destroy the incessant warfare erupting around her one tank at a time. Similarly, Munford and Waters have heroically scaled their treatise. Both authors – senior lecturers at Cardiff University and Northumbria University respectively – have written extensively in this field. General readers and academics alike may use the contents – “it’s historical anchor” [ix] as ammunition – for its wealth of research and posited ideas, to assess the future of popular culture and the roles women play within and as a direct consequence of “the tense relationship between feminism and the mass media” (x).

Chapter 1, ‘‘Postfeminism’ or ‘ghost feminism’?’ puts Madonna’s legacy or affect within the context of Derrida’s hauntology: “With its investment in notions of otherness, memory, nostalgia, inheritance and futurity, hauntology appears to encompass many of the issues that have beset debates in the late twentieth and early twenty-first centuries about feminism’s relationship to the past and its potential to intervene in women’s futures” (pp. 19 – 20). The celebrities mentioned above, in their delivery to fans or to Gaga’s own “Little Monsters”, cherish and extol the self-professing singular Madonna as their motherly, guiding, exemplary figure. In ‘Matricidal returns’, one of the three sub-chapters of Chapter 1, the authors assert that the prefix to all humanity is apt to navigate feminist thinking: “Whether real or symbolic, revered or reviled, absent or present, mothers are the discursive lifeblood of feminist thought” (p. 22). And this is where, collectively, we can believe in the future of feminism having exorcised modes of behaviour and attacks on individual forms of self-empowerment; the digital age could very well establish a reclamation of gender equalities, already engendered by SlutWalk, No More Page Three, The Everyday Sexism Project, We Need Feminism Project and others. With the ability to remember these at ones fingertips, selective readings may be nigh impossible in this age of fourth wave feminism, if indeed we are in it.

Readers tread familiar territory in Chapter Three, ‘Haunted housewives and the postfeminist mystique’, which focuses on the tired but ever visible popular culture representation of the privileged ‘housewife’ and her life. Munford and Waters fire with fresh ammunition against pop culture’s obsessive resuscitation of this outdated model of femininity, and take us through sections on ‘Feminism and the housewife’; ‘Uncanny housewives’; ‘Princess housewives and idle hands’; and finally, one presupposing the grim reality, ‘You’re gonna die in here!’ It is the third of these sub-chapters that is especially worth considering as paradoxical to Friedan’s ‘Occupation housewife’. Madonna’s career enables readers to engage through following her huge 1984 hit “Like A Virgin” through to her status as a noughties career mother. It might be argued that her celebrity status paved the way for Britney Spears’ own meteoric rise and fluctuating falls and, from there, WAGs, gold-diggers and the ‘princess housewife’: “In celebrating these models of privileged ‘housewifery’ popular culture repeats a fairy-tale idealization of feminine idleness and indulgence that has long been a source of frustration within feminist discourses” (p. 93). Popular culture remains rife with examples of this trend in glamourized domestication; we need only think of The Great British Bake Off and Sewing Bee, or Nigella Lawson and Kirstie Allsop, to relate this chapter to a modern mirage of femininity feeding off the carcass of consumerism whilst masking the stench of social decline.

Later chapters involve discussions that tug between empowered heroines investigating “alternative systems of support that might be more accommodating of female independence” and those “typically presented as supernatural extensions of her maternal function, which trade on, or appeal to, the ‘feminine’ capacity for sympathetic nurture” (pp. 138-140). In an ideal world it is recommended that one read this mapping between popular culture, feminism and postfeminism alongside attending events such as WOW: Women of the World Festival 2014, and the screening of documentary Wonder Women! The Untold Story of American Superheroines, both at the Southbank Centre in London this month. Along with the online forms of activism mentioned earlier, we are now offered multiple forums with which to keep injustices, ultimately, at the forefront of our combined consciousness. A final thought: we must all be involved in the re-shaping of representations, and so not to leave anyone out, WOW is also putting on an event on Being A Man. 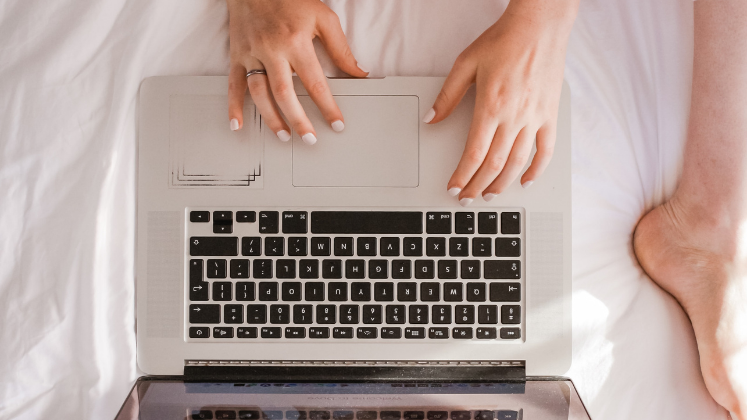