The U.S. Federal Reserve is one of the most powerful institutions in America, with influence over monetary policy both at home and, indirectly, abroad. In Deliberating American Monetary Policy, Cheryl Schonhardt-Bailey uses textual analysis to make an in-depth examination of how monetary policy is determined at the policy meetings of the Federal Open Market Committee and Congress’ oversight of these policies. Peter Howells praises the book for its interesting conclusions about the role of the Fed in policy-making, and recommends it as a fascinating read for both students of committee decision-making and for economists. 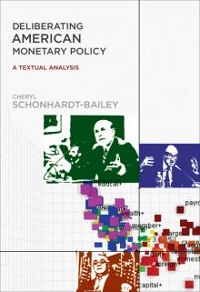 The aim of Deliberating American Monetary Policy is to examine systematically deliberation on monetary policy in the United States in two different institutions – the Federal Reserve and Congress.’ The optimal design of monetary policy has been a topical issue amongst macroeconomists for almost a generation. That debate, however, has largely been conducted in terms of policy outcomes. (In fact, it began with some simple scatter diagrams plotting an index of central bank ‘independence’ against the average inflation rate for each of a range of countries).

For many readers, the first novelty of the book will lie in the way in which ‘deliberation’ is studied. As the title implies, it uses ‘textual analysis software’, in this case Alceste, to examine a vast number of documents. The originality, and interest, of this study is that is concerned, not with policy outcomes, but with the process whereby policy decisions came to be made. Cheryl Schonhardt-Bailey is not an economist but a political scientist at the LSE, with considerable experience of the science of decision-making. Some of her findings confirm what economists may have surmised; some assuredly do not.

Chapter 2 explains that ‘deliberation’ in this context, requires actors to engage in reasoned argument on the merits of public policy. If deliberation does indeed play a significant role in US monetary policy then we should expect the texts to reveal evidence of committee members giving reasons for their proposals and responding to other participants’ reasons and dissenting claims. Amongst other things, therefore, we should expect to see policy-makers’ preferences change or evolve, and not remain given, as is often assumed by economists. Chapter 2 also sets out to show how and why deliberation might matter and it does this by setting out seven hypotheses as to what the textual analysis might reveal (Table 2.1). We take hypothesis 1 since it relates to the transcripts of all the deliberative bodies (and is relevant to the case we discuss in a moment):

We anticipate finding some evidence of reason-giving, using both information and arguments, and given these reasons, we expect to find that some members are subsequently persuaded by the arguments of their colleagues [hypothesis 1]. (p.50, italics in original).

The documents used in this study, which covers the period from 1976 to 2008, are of three kinds. Firstly, there are the verbatim transcripts of Federal Open Market Committee (FOMC) meetings where the decisions about the setting of the policy instrument are taken; secondly there are (also verbatim) transcripts of the semi-annual meetings of the House and Senate oversight Committees; finally there are detailed records also of the Senate re-confirmation (of the Governor’s appointment) hearings. However, the most detailed analysis, drawn from the FOMC transcripts (Chapter 3) focuses on three periods: 1979-81, 1991-93 and 1997-99 covering, as the author says the beginning, the middle and the late years of monetary policy-making following the ‘Volcker-revolution’.

In fact, the evolution of monetary policy making under Governors Miller and then Volcker (1979-81) and the transition from the high-inflation to low-inflation eras is possibly the most interesting of the three periods.

Obvious questions surrounding this interlude include ‘why did FOMC members become convinced of the merits of targeting non-borrowed reserves, accepting higher and more volatile interest rates?’ and ‘what role, if any, did Volcker himself play in bringing about this shift?’ Textual analysis suggests that Volcker’s role was prominent, in a ‘leading from behind’ manner, and that the case he put to fellow members of the FOMC was based upon the need to restore the Fed’s ‘credibility’ as a policy-maker by creating a visible ‘commitment’ to take whatever measures were necessary to secure low-inflation. This will be interesting to students of the independent central banking literature since it shows a policy-maker of low reputation and credibility deciding for itself that a change of approach was necessary. As a result of the deliberations analysed here, the Fed ‘simply’ decided that it wanted low inflation and went ahead. As Alan Blinder famously said ‘once the Fed decided it wanted low inflation, it just did it’. The analysis also suggests that the FOMC was not apparently influenced by any particular model of the economy nor did it base its conversion on some notion that ‘money (aggregates) matters’. It was ‘credibility’ and the freedom of action that this would confer in future policy-making that dominated FOMC thinking. In short, the Fed gained its later reputation for independence from the conduct of its Governor and members of the FOMC, not from any institutional arrangements.

Having dealt with deliberation in the FOMC in Chapter 3, Schonhardt-Bailey follows the same approach to the texts generated by the various oversight committees in Chapter 4. Chapter 5 (‘In their Own Words’) performs a cross-check of the findings drawn from the textual analysis by conducting interviews with key players on their recollection of the way in which decisions were made. Chapter 6 concludes by reviewing the findings in relation to the hypotheses of Chapter 2. Some further findings that all readers will find interesting include:

‘persuasion’ plays a greater part in FOMC deliberations than in those of the congressional committees;

the deliberative process changed in the FOMC under different chairmen;

the reasoning skills of senators do not appear to have been superior to those of house members;

members of the congressional committees show a tendency to shift debate away from the review of monetary policy onto aspects of fiscal policy where ‘point-scoring’ gives them a better chance to impress constituents.

This is a fascinating book for students of committee decision-making. But there is a lot for economists too.

Peter Howells is Professor Emeritus in Bristol Business School at the University of the West of England. Before retiring, he was Professor of Monetary Economics at UWE. He is the co-author of several books on monetary and financial economics. His research interests lie in monetary policy and central banking. He also works for the Royal Economic Society as editor of its quarterly Newsletter. Read more reviews by Peter. 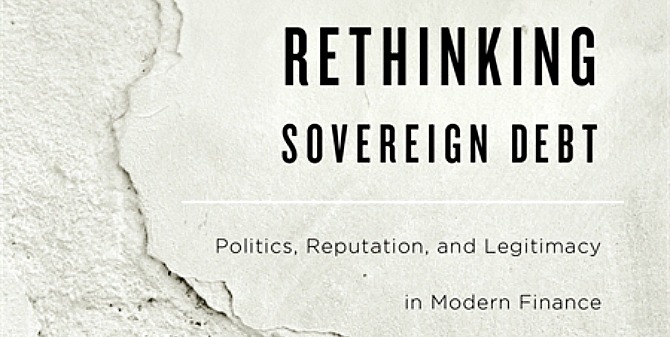