Drawing on his extensive fieldwork and experience of Indian politics,Sumantra Bose tells the story of democracy’s evolution in India since the 1950s—and describes the many challenges it faces in the early twenty-first century. Alistair McMillan finds this an erudite and engaging assessment of the way in which these challenges to democracy have developed, and the implications for politics in contemporary India. The multifaceted nature of Indian politics provides a challenge to those who want to address the breadth of experience across the divergent States and the dynamic nature of social, economic, and electoral change. Sumantra Bose tackles this challenge by taking a dual approach, first offering a broad narrative of democratic development, then using a selection of case studies to explore in more detail some of the areas and events which confront democratic sustainability.

The opening two chapters chart the political history of India from the 1950s to 2013, offering sketches of key events and movements, within the framework of the electoral dynamics of the period. The focus is on the development of the Indian party system, and the response of the governments to the decline in Congress hegemony and the rise of new regional mobilizations and movements. Although sometimes stuttering on the details of electoral outcomes and the variation in party performance across States, this is a fluent account showing Bose’s grasp of the patterns of political transition. There are erudite commentaries on personalities (Sanjay Gandhi described as ‘a young man of no discernible achievement but with a keen nose for the politics of intimidation and coercion’ (p.28)) and events (Congress’s ‘ostrich-like denial of the unfolding transformation of India’s democracy’ in the late 1990s (p.86)). These chapters provide the context for the greater depth in which three challenges to the democratic state in India are investigated: democratic development in West Bengal; the Maoist insurgency across a belt of central India; and the issue of Kashmir.

Whilst almost any of the many States of India could have been chosen to examine the regionalisation and diversity of Indian politics, the case study of West Bengal provides a fascinating insight into the rise and consolidation of a Left-Front State government led by the Communist Party of India (Marxist) (CPM), and the contemporary challenge of the former Congress leader Mamata Banerjee. Bose’s roots in the state, as well as the Bose family’s massive contribution to political life, give him a personal perspective, but the main narrative is on the response to the threat of the Naxalbari uprising in the late 1960s and the creation of a new model of peasant mobilization and political organization under the CPM.

Controlling the State government for 34 years, between 1977 and 2011, CPM rule was founded on a decentralization of power to rural panchayats and security of tenure given to sharecroppers, the most common agricultural practice in the State. Dominant for three decades, Bose identifies key factors which led to the successful challenge by Mamata Banerjee’s Trinamool Congress in 2011. These include the transition from a party organization based on rural mobilization to one of rural compliance, which became insensitive to common issues, and where dissent was often violently crushed and elections rigged. The CPM mishandled industrial development in the State, moving from a stagnant policy of support for declining industries to a welcoming for inward investment which led to the government undertaking forced land acquisitions to set up Special Economic Zones for business. Such actions led to violent confrontations with the poor and marginalized who had previously been considered part of the CPMs natural constituency, and discontent was politicized by Mamata Banerjee who had rejuvenated opposition politics after leaving the Congress and creating her own regional party, the Trinamool Congress.

Maoist insurections have been a sporadic feature of Indian protest movements from the 1960s, often taking place in regions populated by adivasi (tribal) groups across a number of States, from West Bengal, through Orissa, Bihar, Jharkhand and Chhatisgarh, and south to Andhra Pradesh. Often violent, occasionally making forays into electoral politics, such movements are extreme responses to the oppression and insensitivity of State and national governments. Bose traces the fractured history of such movements, from the ‘catastrophic failure’ of the Naxalite movement (p.169), to a more sustained period of violent insurrection in the 2000s, described by Manmohan Singh as the gravest internal threat to the nation and its democracy.

Bose’s account sets out the grievances and motivations, particular and general, which motivated these uprisings, tracing the complex organizational history of groups including the Communist Party of India (Marxist-Leninist), the People’s War Group, Communist Party of India (Maoist), and the Maoist Communist Center through internecine strife, occasional merger, and constant state hostility. He draws on research by academics such as Bela Bhatia, who gained access to Maoist groups, to outline the political, military, and social agendas that have emerged from these movements, recognizing the challenges and also the limitations of such ideologically purist, violent mobilizations, and the disruption to the communities they seek to represent and fight for.  It is a complex subject to cover, tackled by a variety of approaches, from first-hand accounts of conflict, through literature and official reports. The range of material, and bewildering profusion of movements, are brought together in a well-balanced assessment of the reasons for the endurance of such radical groups, and the failures and shortcomings of Indian democracy.

The final case study is of the Kashmir question, presenting the broader historical context to the post-Independence contestation over the borders and status of (from India) the State of Jammu and Kashmir. Again, Bose’s strength is the ability to construct a historical narrative from the highly contested and partial accounts of the political events in the region, in order to develop an insightful overview. The role of the Indian government in undermining the legitimacy and representative basis of party politics from the 1950s is clearly established, setting out the connivance of central government in the rigging of elections and suppression of opposition. In the broader context of the international dispute, strategic considerations, and political sensitivity of the region to the Indian secular model of government, the chapter outlines the background to the militarization of the Kashmir conflict culminating in the state of warfare from 1990 to 2001.

Transforming India works as an overview of contemporary democratic developments through the willingness to challenge the easy assumption that a competitive electoral arena and comparative stability make Indian democracy a success. Just as understanding the politics of the United Kingdom is partial if the uncomfortable history of Northern Ireland is unacknowledged, engaging with some of the more challenging aspects of the Indian democratic experience leads to a richer assessment of political history. Sumantra Bose provides an erudite and engaging assessment of the way in which these challenges to democracy have developed, and the implications for politics in contemporary India.

Alistair McMillan is Senior Lecturer in the Department of Politics at the University of Sheffield. His main research interests are representation and electoral politics, Indian politics, and institutions and devolution in the UK. He has been part of a team providing media coverage of the last three Indian general elections, for the state TV company (Doordershan) and commercial rivals (Star TV), and writing for Frontline, The Hindu, and India Today magazine. 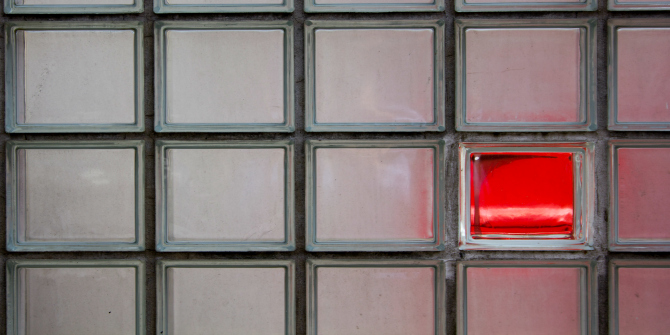