Endgame for ETA offers a compelling account of the long path to ETA’s declaration of a definitive end to its armed activity in October 2011. Teresa Whitfield argues that while negotiations with ETA did not prosper, a form of ‘virtual peacemaking’ was an essential complement to robust police action and social condemnation. Together they helped to bring ETA’s violence to an end and return its grievances to the channels of normal politics. Highly recommended for researchers interested in the Basque conflict or actively working in the peace process, concludes Ana Varela-Rey. It is often challenging for academics and writers working on intractable intergroup conflicts to fully reflect on the topic, especially when the conflict is still ongoing. In such situations, authors have to deal with hardened stances adopted by the most polarized sides of the conflict, and their arguments are also exposed to the dynamics of economic, social, and political developments, which may influence major events and outcomes.

In Endgame for ETA: Elusive Peace in the Basque Country, Teresa Whitfield – a Fellow of New York University’s Center on International Cooperation – takes up this challenge. Through nine chapters, she analyses the peace process in the Basque Country which has worked to end activities of “the last organized armed insurgency in Western Europe”: ETA (p.1). The author helps us to understand the actions and decisions taken by political parties, peace organizations, and international actors, as well as the challenges ahead. As Whitfield highlights, despite the Basque case having “unique features” (p.305), important lessons can be learned from it and applied elsewhere.

One of the significant values of this book is that considers several perspectives by reviewing the history of the ETA, the Basque Country and Spain. In other words, the author does a multi-level analysis that relates the reality inside ETA to the implications for the Basque society and the Spanish government. Additionally, it takes into consideration other events that have taken place across Spain and that had implications for ETA.

Linking dynamics that unfold at different levels is always a difficult task and on occasion the author builds some connections that could be supported more critically. For example, the book draws several parallels between the still pending recognition of the victims of Franco’s dictatorship by the Spanish State and the demands made to ETA from different sectors of Basque and Spanish society for recognising the harm caused to its citizens. In this line, the correspondence between the Basque and the Catalan cases is an arguable assumption. In the former case, sovereignty claims imposed violence; in the latter, those claims are defended as a political position. Also, the author writes that there was a “deeply institutionalised belief that ETA at a low intensity was a lesser threat to the state than Basques demanding independence by peace means” (p.214). These statements represent interesting reflection but require more in the way of supporting explanations and evidence.

The first five chapters cover events until the 2006 ceasefire, and consider the emergence of ETA within the unique context and history of the Basque Country. The author highlights that in the case of ETA, this interconnection has been used as a violence legitimation strategy since “the rhetoric and symbols that articulated Basque nationalism in its earliest days would prove fertile ground for the sustenance of perceptions of difference, and the emergence of political violence” (p.36).  The series of negotiations carried out under Primer Ministers Felipe Gonzalez, José Maria Aznar and José Luis R. Zapatero are reviewed, with Whitfield analysing all previous attempts for negotiating with ETA and giving readers insights into the reasons behind their failings. The Algiers Process between ETA and the Socialist government (PSOE) of Felipe Gonzalez (1989) failed because “talks were evidently immature” (p.73). During Aznar’s period (1996-2004), in the negotiation of Switzerland, “neither side was going to get what it wanted or had an interest in probing other possibilities” (p. 94). Finally, the ceasefire of 2006 occurred during Zapatero’s government, which created great expectations in the Basque and Spanish society.

The latter chapters start with ETA’s announcement of the 2006 ceasefire. This second block of chapters is perhaps the most interesting part of the book, especially with the Madrid-Barajas Airport bomb in 2006, which brought an end to the peace process. The author reveals some of the problems threatening the ceasefire: the division in ETA’s executive committee regarding the end of violence, conversations between the government and the Abertzale Left (Basque nationalists) became public, Partido Popular (PP) stood in aggressive opposition against the peace process opened by Zapatero, and the involvement of international agents added further confusion to the peace process.

After the Madrid-Barajas Airport attack, a “profound change” (p. 193) in the direction taken by the nationalist left and ETA started. The book describes how the Abertzale Left pushed ETA to take unilateral steps towards ‘normalization’ (p.230) and how they looked for international support and expertise for doing this ‘Copernican change’ (p.228). In this regard, the appearance of Brian Currin and the International Contact Group (ICG) was welcomed by the Abertzale Left; however, they did not have the support of the Basque government, nor of the main political parties (PP and PSOE).

Overall, this book represents a compilation of the main attempts to negotiate the end of ETA and the unfolding events that brought the eventual end of ETA in the Basque Country. The book is highly recommended for researchers interested in the Basque conflict or actively working in the peace process who want to stay up to date. Therefore, some previous knowledge on the case would help the reader following the story and the reflections of the authors.

Ana Varela-Rey is currently a PhD candidate in Social Psychology and a member of the “INVICTUS Research Group” at the University of Barcelona where she works in the Faculties of Psychology and Law (Criminology). Her PhD thesis deals with violence legitimation discourses and political behaviour. It takes the ETA group in the Basque Country as the main case study. Her research interests include terrorism; political violence and discourse of violence legitimation.  Read more reviews by Ana. 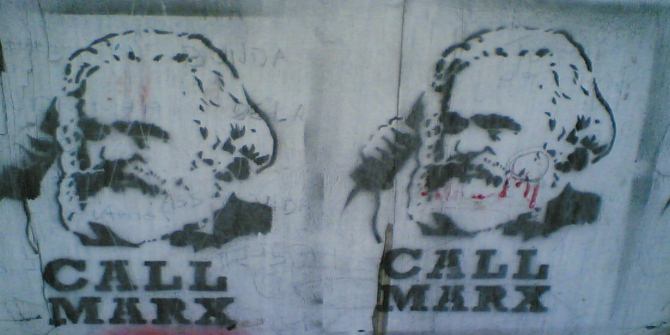