This book seeks to offer a comprehensive portrait of French and American journalists in action as they grapple with how to report and comment on immigration. Drawing on interviews with leading journalists and analyses of an extensive sample of newspaper and television coverage since the early 1970s, Rodney Benson aims to show how the immigration debate has become increasingly focused on the dramatic, emotion-laden frames of humanitarianism and public order. Julian Matthews encounters some surprising findings. 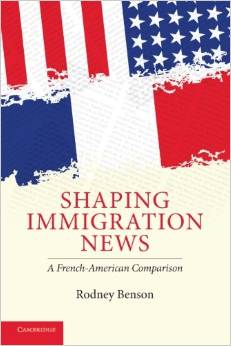 Immigration continues to be a hugely popular topic of study and research for scholars across sociology, media studies, and international politics. With conflict across North Africa and the Middle East forcing desperate immigrants to look to European shores, the opening up of Europe bringing its neighbours into closer contact, and large economic migration from Latin America to the US, there is also wide public and media interest in the topic. We don’t have to look far to find media coverage of tragedy in the Mediterranean, protests by far-right extremists in Calais, or the increasing number of children crossing the US border alone.

A book that seeks to contribute to a well established literature must offer something interesting and new to entice its audience. Shaping Immigration News by Rodney Benson promises to deliver much in this respect. The originality of his book can be characterised through its intention to study the complexities of news coverage of immigration – a topic that is often characterised by its negative portrayal – and through its exploration of factors that underpin the observed trends in reporting. The book has the potential to move forward understandings of the influences shaping immigration coverage that have been mostly theorised rather than mapped empirically in this area. Of greater significance, however, is that Benson’s book seeks to synthesize various academic ideas into a new research framework (institutional field analysis) and to use this framework to research two (national) journalistic fields. These bold foundations represent the clear strengths of this work and a potential source of weakness, but more on that later.

The book’s early chapters consider why we should study immigration news, with Benson then coherently arguing for a revised analysis of the journalistic field. Field analysis is identified as best placed to study structures that can both enable and constrain the ability of journalists to ‘help citizens and policy makers understand the causes and consequences of immigration’ (p.1). It is also introduced as an inclusive approach. While emphasising problems common to existing ‘micro’ and ‘macro’ analyses of journalism, including Bourdieu’s configuration of field theory, the book reassures the academic reader that any new and reconfigured field analysis must incorporate these previously hard won insights.

It is without doubt that the ‘institutional field analysis’ adopted here offers considerable scope for an analysis of news. Its prowess is displayed clearly in the various analytical levels the book outlines, including ‘field structuring’ (relations of the journalistic field to the fields of power); ‘field position’ (relations between news outlets and civic or market field poles) and ‘field logic’ (historical formation of the ‘rules of the game’ by which journalists professionally ‘play’). Thus, it is with these foundations complete that the book embarks on an analysis of the US and French journalistic fields and their news reporting.

Separate chapters cover the US and French fields, and introduce the dominant ‘frames’ and ‘voices’ expressed in four periods between 1973 and 2006, to which interviews with journalists and research into contextual developments are added to build a context to the reporting. Through chapters 3, 4 and 5 we learn here that ‘public order frames’ dominate both US and French coverage. Benson’s finding mirrors the literature on the reporting of other topics, with this insight simply underscoring our existing knowledge of connections between reporting and the definitional activities of political actors in immigration news.

More interesting and original therefore are the other aspects of coverage found and the discussions of the social actors and factors ‘refracted by the journalistic field’ that sustain their position. An example is the ‘humanitarian frame’ that is shown as frequently reported across US and French coverage. Its presence, it is suggested, emerges according to very different field factors (i.e. those contrasting news reporting formats that dominate in both countries). Similarly, we are introduced to the journalists’ ‘habitus’ as mediating the presence of news voices in addition to the influence of those established relationships between journalists and the political field. Benson offers an original argument here: that a natural affinity has emerged between news workers’ habitus (education and backgrounds) and that held by advocates for immigrant rights. Combined with an observed lack of fellow-feeling with regard to the less socially mobile and educated advocates for anti-immigration positions, these factors are offered to account for the relative proportions of these voices in the coverage of both journalistic fields.

Other surprising findings emerge later. In chapter 8, television news coverage is introduced as reproducing similar forms and coverage across the US and French fields in direct contrast to their newspaper coverage, for example. Still more compelling are the insights in chapters 6 and 7 into field differences and the challenges they pose to liberal and political economic theory and their contrasting assumptions about the presence of criticism of elites and the diversity of perspectives in reporting. Contrary to liberal understandings, the state plays a positive role in informing multi- perspective news in the French case. A similar challenge to liberal thinking comes from observing the way that resources common to commercial media outlets do not naturally produce the most critical or investigative reporting across these fields. Again, field factors are expressed as the most significant determinants in these cases, including those national reporting formats that shape the presence of criticism towards institutional elites in coverage. Political economic theoretical concerns over commercial pressures on news production are also challenged and introduced as subject to, and mediated by, field factors. This analysis introduces some of the most commercialised media outlets as producing greater diversity in their outputs (given the demand from their educated audiences) and other instances informed through complex connections between the political, civic and journalistic fields.

Clearly, Benson’s approach provides an impressive and a wide-ranging overview of reporting moulded according to the political, economic and institutional logics of the observed journalistic fields. Nonetheless, there is still much more room for research in the field. For instance, Benson’s field analysis tends to omit rather than build on all those established insights into journalists’ practices and news forms present in the sociology of journalism. The position of the journalist in the analysis of reporting within organisational studies provides a pertinent example of what is overlooked here, for instance. In contrast to this positioning of the journalist, field analysis nods only to the significance of their class backgrounds or dominant writing forms. This nonappearance is witnessed again in its discussion of news framing. Unclear in Benson’s account are the connections that exist between the journalist actor and the power to shape meaning (i.e. frames) as has been debated recurrently in frame analysis scholarship (see Carragee and Roefs 2004; Vliegenthart and van Zoonen 2011). Likewise, other journalism research shows there is much more going on at the level of form than is acknowledged in this book. Recent news production studies (for a review see Cottle 2007) introduce ‘news forms’, ‘news formats’ and ‘communicative frames’ as operating across the news ecology (e.g. Cottle and Matthews 2013) and within individual programmes to mediate news representations of issues, voices and identities. Thus, although I like much of what Benson has to say here, I think that the aforementioned absences in his work demand researchers continue to explore – in a variety of ways – how wider field forces and the ecology of differentiated news forms link with the micro shaping of news reports (on immigration and other issues).

Julian Matthews is a Lecturer in the Department of Media and Communication at the University of Leicester. 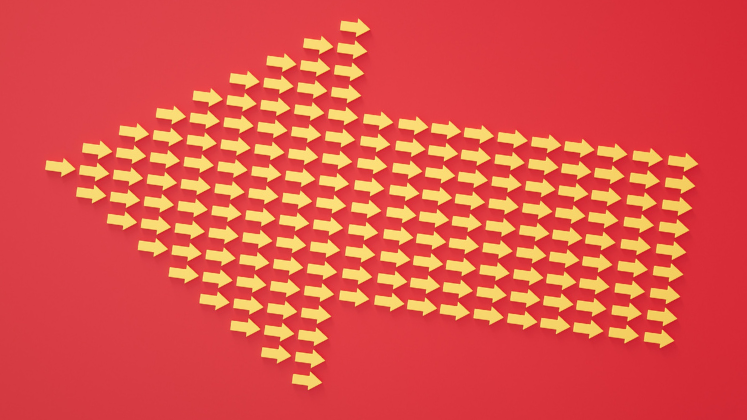