The New Extractivism aims to address a fundamental dilemma faced by governments in Latin America: to pursue, or not, a development strategy based on resource extraction in the face of immense social and environmental costs, not to mention mass resistance from the people negatively affected by it. This book offers a persuasive antidote to the misplaced optimism about Latin America that many progressives have bought into, writes Jason Hickel. 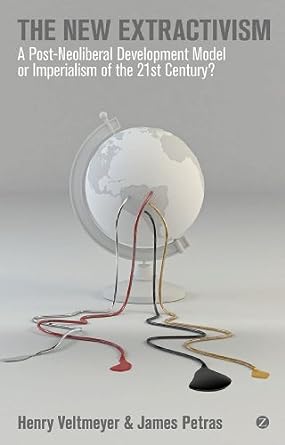 The dominant model of international development has a contradiction at its center, hidden in plain view. It insists that the total eradication of poverty is an achievable goal that can be accomplished, given the right amount of aid, in just a few years from now. And it promises that this goal can be miraculously achieved without any substantive change in the present order of accumulation and consumption, and without any loss of wealth or power on the part of the global 1%. In other words, the model promises the best of both worlds: we can carry on with business as usual in the global economy without the guilt of poverty that so blights the status quo.

It sounds lovely, but this fairy tale vision of development betrays a serious misunderstanding of poverty. Poverty doesn’t just exist out there, as if it were a natural phenomenon; rather, it is actively produced through the processes of enclosure, dispossession, and exploitation that allow for the accumulation of wealth elsewhere. In other words, there is an intimate relationship between wealth and impoverishment: the flipside of development for some is often destruction and deprivation for others. Development models that fail to challenge the structure of wealth accumulation will only continue to reproduce the problem they seek to address.

Henry Veltmeyer (Saint Mary’s University) and James Petras (Binghampton University) explore these dynamics in their new edited volume, which opens with the spectre of China. China’s rapid industrialization and the emergence of a powerful consumer class has fuelled insatiable demand for new resources and caused primary commodity prices to soar. As a result, they claim, finance capital is being directed increasingly toward investments in land and mining, particularly in resource-rich global South countries. This has led to “reprimarization” in economies that are beginning to rely on resource exports for revenue. The book focuses on how this process is playing out in Latin America, with case studies from Argentina, Bolivia, Colombia, Ecuador, Mexico, and Peru.

What makes the Latin America context interesting here is the so-called ‘pink tide’ – the recent rise of moderate-left political parties that reject much of the neoliberal ideology forced on the region by the United States through structural adjustment programs during the 1980s and 1990s. In most cases, these parties were brought to power by popular movements organized around resistance to Washington Consensus policies, which not only failed to improve economic growth (giving the lie to neoliberalism’s sole justification) but caused increasing poverty, inequality, and political instability. During the 1990s, resource outflows from Latin America in the form of profits extracted by Western banks and corporations outstripped inflows of aid and investment by over $100 billion, placing Latin America under huge amounts of debt to the West.

The new leftist regimes came to power promising to suture the opens veins of Latin America – and indeed many analysts have praised them for moving toward a “post-neoliberal” era of inclusive and equitable development. This has been most pronounced in Argentina, Bolivia, and Ecuador, and to a lesser extent Peru (Colombia and Mexico are still well within Washington’s orbit). But Veltmeyer and Petras suggest that things are not as good as they might seem. Given the commodities boom and the enormous amount of capital that it has attracted, even the most radical of these regimes have turned to resource extraction as a primary development strategy, as if reverting back to a 19th century model. Yes, they have served up a robust discourse of resource nationalism and state-led development, but behind the rhetoric it is clear that foreign capital is ultimately in control. The legacy of structural adjustment, which pried regional economies open to foreign investment (during the 1990s, FDI increased six fold, from $8.7 billion to $61 billion), remains deeply entrenched.

This is the “new extractivism” of the book’s title. While the leftist parties have made attempts to regulate the worst abuses of foreign capital to prevent rebellion in the ranks of their constituents, the “post-neoliberal” states they have created are merely the latest instantiation of what Veltmeyer and Petras call extractive imperialism, controlled from the metropoles of the United States and Canada. It’s the same neoliberal model as before, but with a human face. As a result, the new regimes in Latin America are unable to deliver on their promises of greater social inclusion and economic justice. Indeed, the land-grabbing (or “large-scale foreign investment in land acquisition”, according to the World Bank) and ecological destruction that they have facilitated has sparked significant political unrest, particularly among indigenous communities.

These are the people who are being most harmed by the present order of accumulation and consumption; this is where the contradictions of development become most visible. The book’s contributors do a good job of tracing this out through the country case studies. Building on their observations, the editors make it clear that the new extractivism is fundamentally incapable of producing equitable and sustainable development. On the contrary, it seems to be creating rentier economies that are beginning to show signs of the so-called resource curse. Unfortunately, Veltmeyer and Petras deliver their analysis with a heavy dose of leftist jargon that may be off-putting to the unconverted, makes them somewhat difficult to read, and leaves their conclusions seeming a bit overdetermined. But nonetheless this book offers a persuasive antidote to the overly eager optimism about Latin America that many progressives have bought into.

How can we get beyond the contradictions of development that have become so obvious? We need a new model that faces up to the fact that eliminating poverty cannot be done without radically challenging the processes of wealth accumulation. The 1% are going to have to feel the pinch – there’s no way around it. Veltmeyer and Petras offer hints of what a new model might look like: the socialization of large-scale export production combined with an alternative system of trade relations (such as ALBA, the Bolivarian Alliance for the Peoples of Our America), small-scale production for local markets, food sovereignty, and participatory democracy. There is growing popular support for these changes, but the pink tide shows no signs of delivering them. The revolution, it seems, is still yet to come. 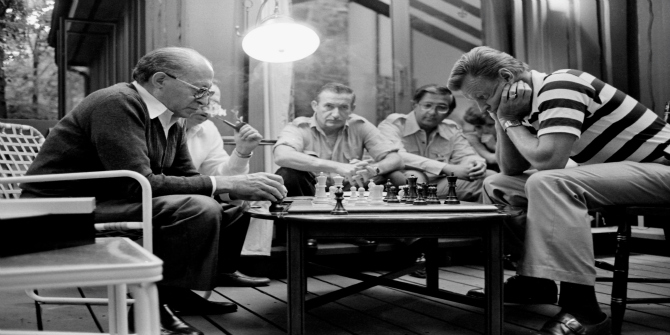