Andrew White considers the way in which digital media challenges normative conceptions of the public sphere and discusses this in relation to the creation of new forms of knowledge through the digitization of scholarly resources and the impact of digital media on traditional conceptions of identity. This book is an engaging contribution to the growing literature on the intersection of the public and private within an ever-changing digital landscape, writes Maxine Montaigne. 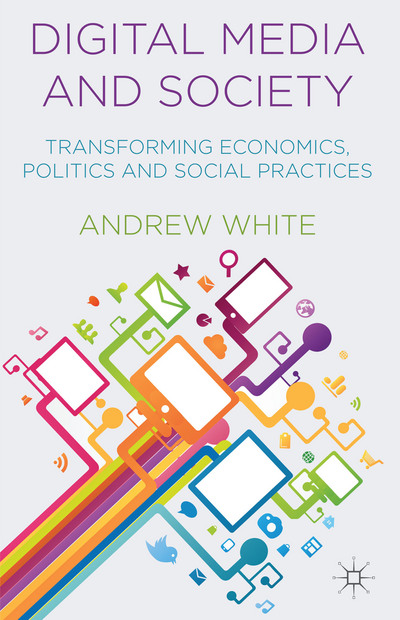 The case hardly needs to be made that digital media has permanently changed the way we live, work and play. But while talk of this new ‘digital age’ suggests something concrete and definable, determining exactly how these new technologies have manoeuvred themselves into every aspect of our lives is no small task. We can all point to ways our lives have become more interconnected and our work more productive (most obviously through the advancement of computing and invention of the internet), but we rarely talk about how these technologies change us as people, and change the way we relate to each other in our personal and public lives.

The evolving nature of Facebook’s newsfeed offers a perfect example of this phenomenon; where once we were (seemingly) in control, posting up sloth videos to our hearts’ delight, multinational companies now pay for advertising space, while pretending to be our friends. Just yesterday David Cameron popped up in my newsfeed, asking for my views on immigration, confirming to me that the private and public sphere had finally melted together almost seamlessly, right there in blue and white.

It is this blurring of boundaries between public and private, within and because of digital media, that Andrew White addresses in his comprehensive book Digital Media and Society. As a scholar of creative industries and digital media working at the China campus of the University of Nottingham, White is able to bring both a scholarly as well as unique personal perspective to this topic.

The book itself is divided up into three main sections: Politics and Digital Media, The Digital Economy, and Digital Media Use. The first of these sections, which is the most theory-heavy part of the book, assesses the role of digital media in the changing relationship between the private and public sphere. White demonstrates how the use of digital media has changed for better and worse the way scholars engage in knowledge creation, the way individuals experience and shape their public identity, and finally the role that this transformed, but still familiar public sphere plays in politics today.

The second part of the book looks more closely at how digital technologies have transformed national and international economies, changing the way we work and more problematically, our ability to participate in this new digital economy. This tension between opportunity and calamity is highlighted in a chapter looking at the role of digital technology in the global financial crisis of 2008. The final third of the book moves away from the theoretical and presents a number of interesting case studies on the above phenomena; specifically on the use of digital media by new social movements, in government and corporate surveillance, and finally novel uses of digital media in the developing world.

The first chapter, From the Public to the Private: The Digitization of Scholarship, will be of particular interest to anyone involved in the creation or dissemination of knowledge today. White starts by offering a brief but salient overview of the way technology has influenced the process of collecting knowledge. This history begins with the great libraries of ancient times, which prioritised order (classification), provenance, universality and public control of information, albeit with limits to access. This is contrasted with the modern knowledge gathering projects of institutions like Google Books, which has at its core the goal of universality and access (although as a private entity this is not guaranteed), while ordering and provenance of information are almost abandoned.

From the gathering of knowledge, White shows how digital media has changed the way scholars and the public are then able to find this information. In pre-digital times when we relied on libraries and archives the amount of information we could find was clearly limited in physical terms, unlike today’s world of seemingly infinite digital resources. But as anyone who has spent time browsing real-life bookshelves knows, it is in doing this traditional leg-work that you come across books and documents you hadn’t necessarily been looking for (thus the importance of classification and ordering in traditional repositories of knowledge). In contrast to this, search engines (like Google) are built on opaque algorithms that prioritise knowledge based on quantitative measures, whether it be page rankings or citation metrics for scholarly articles. The information we are able to find is thus not physically limited, but is restricted by these new, unseen parameters. White warns that this “reinforces rather than challenges existing hierarchies of information”, thus limiting the process of original knowledge creation.

The strength of the book’s early chapters is White’s solid grasp of the theoretical debates about the changing nature of the private and public sphere, and the role of digital media in these. In contrast Chapter 5, The Digital Economy and the Global Financial Crisis, is a much more descriptive and even speculative chapter, described as a “critical inquiry into the workings of the digital economy”. Here White comments on the changing nature of work in the digital economy, notably its increasingly precarious nature, but also the growing threat of offshoring to a class of highly skilled knowledge workers that had previously escaped the effects of globalisation.

White’s discussion of the increasingly digitised nature of international finance and what he sees as its outcome, the global financial crisis, is less rooted in theory than earlier chapters, relying instead on a more descriptive account of the way these markets have become more, not less, transparent over time. While still interesting, this chapter feels somewhat out of place in the overall context of White’s argument; it is certainly clear that digital technologies have driven innovation (and potentially increased risk) in financial markets, however the link with digital media as an intermediary between the private and public, so adeptly addressed in the first half of the book, is not clear.

Overall this book is an engaging contribution to the growing literature on the intersection of the public and private within an ever-changing digital landscape. White’s summaries of the often complex debates are always accessible, while his use of case studies gives these debates the real world context they might otherwise lack. It is an inevitable irony that the world of digital media changes as quickly as you can write about it, but that should not discourage one from trying, and this book is a valuable effort in this Sisyphean task.

Maxine Montaigne received a Master of Economics from the Australian National University and is now working towards a PhD in the History of Economic Thought at the London School of Economics. Her research explores the way economic ideas were deployed within the various population controversies of the 19th century, including the debates on poor relief, contraception and eugenics. More broadly she is interested in the way politics, economics and social issues intersect in the public sphere, most obviously in the media but also in political discourse as well as literature.