In this short and attractive read, Jan Zielonka argues that integration will continue apace because of European states’ profound economic interdependence, historic ties and the need for political pragmatism. Zielonka offers a unique perspective on the European integration dilemma and challenges us to step outside of the normal frames of reference and analyse whether the system in place is really the best solution, writes Amani El Sehrawey.

The 2008 Eurozone crisis was a watershed moment in the EU integration project. The crisis created immediate economic ramifications requiring decisive action in order to facilitate recovery.  It also raised larger existential questions regarding the nature of the EU as a governing body, its efficacy, the mission of EU’s institutions and their value in fostering an integrated Europe. In his book, Is the EU Doomed?, Jan Zielonka addresses this discussion. He highlights several key infrastructural flaws of the EU, questioning whether the current institutional framework is the ideal model for future European development. He proposes an alternative for European integration more or less completely outside the current EU framework. Zielonka divides his discussion into five sections: crisis, disintegration, reintegration, vision, and polyphony.

The infrastructure flaws Zielonka focuses on are not unique, and have been raised by many EU integration scholars. The EU’s inability to withstand exogenous shock, its affluent economic centres at odds with the poorer periphery, and conflicting visions for its own future are all problems echoed before on many a platform. Zielonka, intriguingly, pushes this analysis a step farther. He challenges the assumption that the EU sui generis model is the ideal model for European integration. He continues by challenging the perception that it has become a permanent fixture in Europe. Zielonka examines what EU disintegration might look like, and what might take its place instead.

Zielonka postulates three potential disintegration scenarios: 1) European leaders lose control over political and economic events; 2) they attempt to address the current problems, but make them worse; 3) they employ a benign neglect policy which becomes not-so benign (p.23). The first scenario would involve future exogenous shocks that prove more difficult to manage than the Eurozone crisis. The second outcome occurs when leaders create policies to rectify the infrastructural problems that lead ultimately to further weakening of the EU. Zielonka points to the various opt-outs including the potential British repatriation of powers from Brussels that would require fundamentally altering several existing treaties and serve as vehicles for disintegration (p.28). The final scenario, disintegration through benign neglect, points to an organic gradual repatriation of powers to the national level where frameworks are bypassed for efficiency (p.30). Through these scenarios, Zielonka suggests disintegration is not necessarily a deliberate process, but rather one dictated by responses to exogenous shocks (p.31). Institutionally, the EU suffers from being a body creating a common policy without common politics (p.45). Despite its complex institutional trappings, the political power still ultimately lies at the member state level. The lack of democratic legitimacy, as well as the decrease of political space within member states and no corresponding increase at the EU level, has problematized the integration project itself (p.40).

As a solution to the growing list of problems with the existing framework, Zielonka addresses some of the downsides to the dissolution of the EU. He cites massive dips in GDP across many key member states, trade deficits, and disadvantage in international competition. After discounting various popular solutions, ranging from a federal “United States of Europe” to a two-tiered Europe as unpractical and undesirable, Zielonka outlines his proposal. He argues for a flexible decentralized Europe with a hybrid governance model he calls “neo-medievalism” (p.80). This decentralized model, embraces an overlapping multiplicity of identities, governance structures, authorities and sovereignties with a focus on transnational networks and non-state entities (p.81). He draws on theories of globalization positing civil society and non-governmental organizations as key stakeholders in driving governance, with more fluid definitions of “the state”. In this scenario, integration occurs predominantly along functional rather than territorial lines. He points to devolution, and the rise subnational and supranational entities such as cities and regional authorities in policymaking as further evidence of this phenomenon.

Zielonka describes his vision for European integration as “polyphony” a musical composition which employs simultaneous, but relatively independent, melodic lines. The current system, he claims, represents a monophony, or a single unaccompanied melodic line (p.97). To argue that the current paradigm is a monophony is an oversimplification. The EU, at present, does involve a delicate interplay of actors and institutions at the member state, EU, and civil society levels. However, Zielonka notes the question we face is whether the EU has become an institution “too big to fail.” Unfortunately, real discourse about substantial institutional reform in Europe is often stunted by this way of thinking. Zielonka does make a place for a smaller, compartmentalized regulatory EU in his vision for European integration. He recognizes that reform on the scale he envisions is unlikely to occur, but suggests the institutional frameworks will remain while their use will slowly erode (p.105). He foresees an EU that will eventually lack the teeth to implement policy, and its position as a super-governor of Europe will wane, making way for the polyphonic integration outlined.

Zielonka offers a unique perspective on the EU integration—or rather European integration—dilemma. He challenges us to step outside of the normal frames of reference and analyse whether the system in place is really the best solution. While his assessment is an interesting one, what is most challenging is that he presents his proposal at length, but then acknowledges in the final portion of the book that it is largely un-implementable and unlikely to ever come to fruition. Because of this (albeit realistic) concession, the overarching legitimacy of the argument is compromised.  As such, what Zielonka proposes is useful primarily as a thought experiment, rather than as a plausible implementation.  Despite this, the book does provide useful interrogation of the ways in which we approach our thinking on the European project. 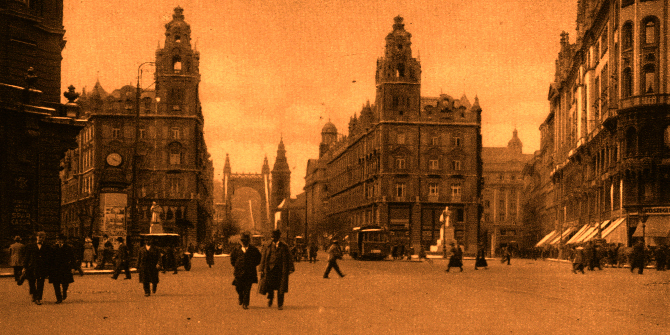